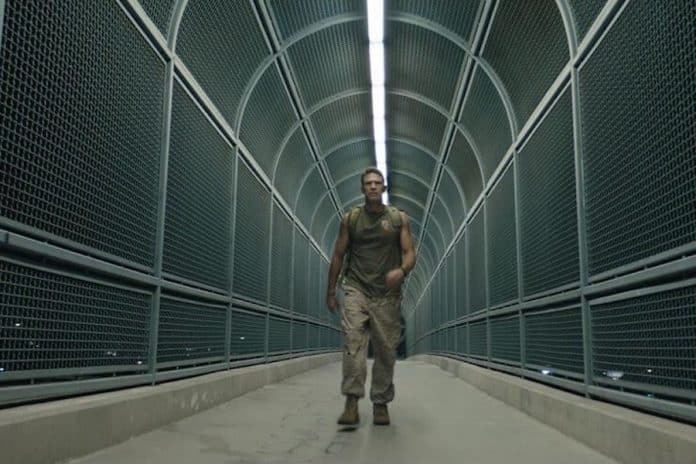 The film will be released theatrically in a combination of sponsored and organically presented on-demand fundraising screenings and special bookings, festivals, and organizational screenings in order to promote the non-profit Merging Vets & Players organization, followed by its digital release worldwide.

FilmRise joins the non-profit organization Merging Vets and Players and its partnership with the NFL to launch a nationwide multi-tiered distribution and fund-raising initiative for the film commencing later this summer and running through the upcoming football season. Merging Vets and Players, which Boyer co-founded with Fox Sports NFL Insider personality and mental health advocate Jay Glazer, is supported by the NFL and many of its teams.

“We all face very personal struggles in our lifetime and Nate Boyer’s ability to convey his experiences and share other heroes’ stories in such a universal way on the screen in MVP is something that we at FilmRise are so very proud to support,” said FilmRise CEO Danny Fisher in a statement.

“We’re beyond thrilled to land such a dynamic partner to help share our story with the world,” said Nate Boyer in a statement. “FilmRise is all-in, ready to take the ball and run with it, creating awareness not only for the MVP film but for Merging Vets & Players.”

In the film, on the streets of Hollywood, a recently retired NFL player is saved from scandal by a homeless veteran. With their “glory days” behind them, the two men bond in search of purpose and identity. Shot on location in Los Angeles, MVP dramatizes the formation of Merging Vets & Players. The film features both military veterans and former professional athletes in front of and behind the camera.

Almost half of the crew consisted of veterans and every veteran character represented on screen was played by an actual veteran.

One World Universe has always supported our troops and will continue to support them through every avenue available to us.

Thanks for being loyal shareholders! For additional updates and information, shareholders are asked to follow our social media accounts on Twitter at www.twitter.com/JCHC_UPWT

About One World Universe, Inc.

One World Universe (OTC: OWUV) is a California corporation whose mission-driven business is implementing global humanitarian efforts through the profits generated from the sales of products and services to improve people’s lives living in the harshest environments and their communities. Our company has contributed valuable resources such as access to (PPE) personal protective equipment, medications, vaccines, and educational support programs where play and basic necessities are essential.