Laugh Addict: Toxic Drug or Best Medicine? Explores the deaths of several famous comedians in the first half of the film Robin Williams and the late Greg Giraldo.

Jim Rauth a mental health worker and owner of the Comedy College standup comedy school explores a theory that a comedian’s brain can become similar to a Meth user’s brain. 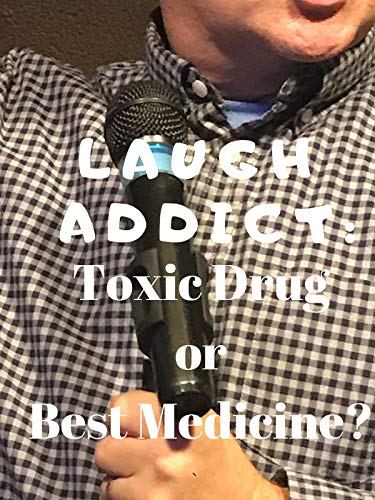 Then Rauth takes his theory in the opposite direction, is there a population of people that are traumatized, depressed, addicted, that could benefit from laughter?

Rauth offers a free standup comedy course to military veterans who cope with PTSD. Only one person shows to the class aspiring comedian Tony Kuney.

Kuney must first deal with his own traumas, his recent divorce, recovery from drugs and alcohol, being a single father. And lastly, the unsolved murder of his father. The film always has many uplifting scenes such as when Kuney takes to the stage to do his first standup comedy performance ever.

What people are saying about the film: