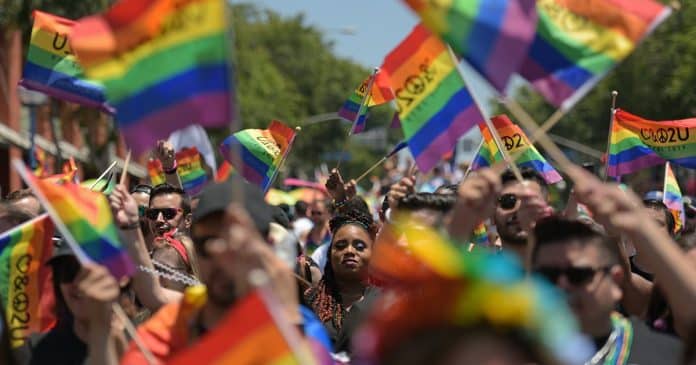 BOSTON, Massachusetts — Yesterday, the Department of Veterans Affairs (VA) announced it is ending enforcement of a marriage duration requirement that discriminates against survivors of LGBTQ+ veterans, including Lawrence Vilord, a client of the Veterans Legal Clinic at the Legal Services Center of Harvard Law School. This decision will impact potentially thousands of survivors of LGBTQ+ veterans, providing access to benefits their spouses earned throughout their lives.

Mr. Vilord, the surviving spouse of a Vietnam war combat veteran, challenged VA policies that deprived him of the full measure of survivor benefits because he was able to marry his spouse only after bans on same-sex marriage were declared unconstitutional by the U.S. Supreme Court in its 2015 Obergefell v. Hodges decision.

“The impact of today’s decision is monumental,” says Peter Perkowski, an expert on LGBTQ+ Veterans Law and staff attorney at the Legal Services Center. “Survivors of LGBTQ+ veterans have been fighting in court for years to obtain the benefits their spouses earned through their service. We hope that today’s step by the VA puts an end to this and all other sexual-orientation-based discrimination perpetuated by the agency.”

Lawrence Vilord first met Rhett Chalk nearly 50 years ago, shortly after Chalk returned from active duty as a Navy Corpsman in Vietnam. They fell in love and built a life together in Miami Beach, Florida, jointly owning a home, starting a business, and exchanging rings to celebrate their commitment. In 2003, Mr. Chalk became quadriplegic after his knee gave out—the result of an injury he sustained in Vietnam. Mr. Vilord became his primary caretaker until Mr. Chalk’s untimely death in 2020.

When Mr. Vilord applied to VA for enhanced Dependency and Indemnity Compensation, a benefit for spouses of deceased disabled veterans, VA denied his claim. Even though he and Mr. Chalk had been together for 44 years and had married in 2017—following the Supreme Court’s invalidation of Florida’s homophobic marriage laws—their marriage fell short of VA’s eight-year requirement for enhanced benefits. “It was another slap in the face,” Vilord says, “another way to delegitimize who we were.”

Harvard Law School’s Legal Services Center took up Mr. Vilord’s cause in 2020, twice challenging VA’s discriminatory policies at the United States Court of Appeals for Veterans Claims, where an appeal remains pending today. Nathan Lowry ‘24 and David Paul ‘24, the student attorneys currently representing Mr. Vilord, are optimistic about his individual prospects. “In light of today’s policy change, it’s hard to imagine VA continuing to withhold the benefits it owes to Mr. Vilord,” says Lowry. “I commend VA for recognizing what they should have done and working to resolve this issue for the future,” says Mr. Vilord.

Nevertheless, today’s announcement leaves many questions unanswered. VA stated that, going forward, it will recognize “marriage-like” relationships in determining whether durational requirements have been met. The agency has not clarified how it will define “marriage-like,” how it will handle past cases where survivor benefits were denied, and how it will make such decisions in the future.

“We are particularly concerned about LGBTQ+ survivors establishing ‘marriage-like’ relationships if they were never allowed to marry in the first place,” says Perkowski. “The same is true if they were forced to keep their relationship hidden to avoid being involuntarily discharged from the military.” The policy’s lack of retroactivity punishes survivors who didn’t apply for survivor benefits after their spouse’s death because the law at the time made them ineligible. Failure to recognize the full effect of historical discrimination falls well short of “closing the gap,” as the VA announcement proclaims.

The student attorneys at the Legal Services Center continue to press forward with Mr. Vilord’s case in the meantime. Pursuant to an order from the U.S. Court of Appeals for Veterans Claims, next week Lowry and Paul are meeting with counsel for VA to discuss Mr. Vilord’s case. “Mr. Vilord has always been clear that he is fighting not just for himself, but on behalf of all LGBTQ+ veterans and their families,” says Paul. “In that spirit, we will continue to pursue his case until justice is served—for him and for all similarly-situated LGBTQ+ survivors.”

The Legal Services Center is Harvard Law School’s largest clinical program and provides pro bono legal counsel to more than 1,200 clients annually. The Center’s mission is to fight for fairness, justice, and legal, economic, and social change, by addressing the community’s civil legal needs and training the next generation of public interest lawyers. Its work is rooted in a commitment to diversity, equity, and inclusion, and furthering racial justice. A number of Harvard Law School clinical students have worked on Mr. Vilord’s case over the years, including Tyler Patrick ‘22, Mike Gorrell ‘22, Henry Beshar ‘22, Jordanne Stobbs-Vergara ‘22, Ben Waldman ‘23, and Noah Sissoko ‘23. For more on the work of the Legal Services Center and its Veterans Legal Clinic, please visit here legalservicescenter.org.

If you or someone you know is a same-sex survivor of a veteran and you have questions about VA’s new policy or would like to apply for legal assistance, please contact the Veterans Legal Clinic Client Intake line at (617) 390-2525 or [email protected].