(Boise, Idaho) – Bring Our Troops Home, a national organization of veterans of the Global War on Terror, today condemned the Department of Defense’s prioritization of “wokeness” over the security requirements of the United States.

In an official memorandum issued yesterday, retired U.S. Army general, former Raytheon board member, and current Secretary of Defense Lloyd Austin announced that the Pentagon would begin reimbursing the transportation costs of soldiers who travel to receive an abortion, along with other policy shifts to normalize and protect the procedure among the ranks.

“As a veteran, I believe the U.S. military should be a unifying institution, one that represents the best values of the American nation, and not one that wades into the muck of leftwing social engineering,” said Dan McKnight, Chairman of Bring Our Troops Home.

“From the promotion of transgenderism and Critical Race Theory to now contradicting the spirit of the Supreme Court’s Dobbs decision, Lloyd Austin has demonstrated that his primary goal is using our military as a social wedge to divide and weaken our country.”

Sgt. Dan McKnight is a thirteen-year veteran of the U.S. military, with service in the U.S. Marine Corps Reserves, U.S. Army, and Idaho Army National Guard, including an eighteen-month combat tour in Afghanistan from 2005 to 2007. He founded Bring Our Troops Home in 2019.

In his memorandum, Secretary Austin claimed that the U.S. Armed Forces’ ability to “recruit, retain, and maintain the readiness of a highly qualified force” will be damaged by a lack of abortion services in any state.

“I’ve heard a lot of excuses from politicians and Pentagon mouthpieces about why young people don’t want to join the military,” objected McKnight. “They’re ignoring the elephant in the room. For over twenty years—in many cases, the entire life of likely recruits—our nation has been fighting and losing multiple, unnecessary wars in the Middle East and elsewhere. Teenagers grow up hearing news about our defeat in Afghanistan, the chaos in Libya and Syria, and the ongoing violent unrest in Iraq. Should it be surprising that they don’t want to risk their lives fighting for a government that won’t even take a vote before sending them to war?”

“I am calling on members of Congress to vote against every National Defense Authorization Act until Secretary Austin submits his resignation,” McKnight concluded. “The upper echelons of the Pentagon are as corrupted as any other part of the DC swamp. We must defund the fat, useless generals and reassess our disastrous foreign policy.”

To interview Sgt. Dan McKnight about the Defense Department’s new social policies or why we must bring our troops home from endless wars, contact Communications Director Hunter DeRensis at [email protected] 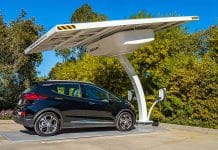 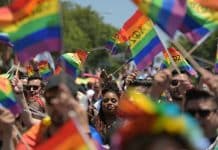