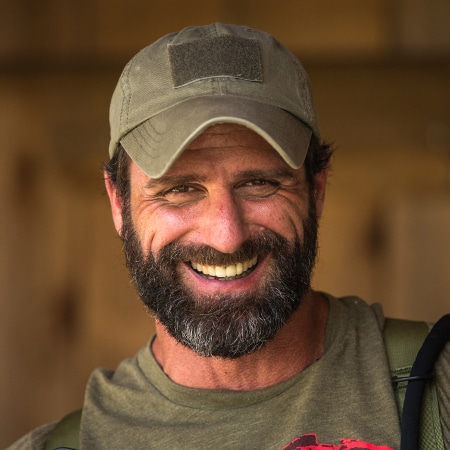 Some people seem to have it easy – or do they?

We all know people who appear to have the good life, that when they do something everything seems to go their way; they inspire others, they are community leaders, they are game changers, they are…you get the picture…the epitome of what we wish we could be.

Some people wish – and others do.

tactical training, shared with me how he took his desire to prove himself to become one of America’s Elite.

He moved beyond a wish to doing. He picked a path and worked hard to achieve the milestones on that path. The steps he took are steps we all can take, regardless of the field of industry we are in. You can hear the full interview on The Military Wire podcast.

The lessons learned, the personal and professional battles faced in his twenty-year career with the U.S. Navy, as a SEAL, were helpful in his transition to civilian life. But those experiences didn’t make his transition a piece of cake. On the outside, it looked like he had it easy. Yet, he struggled to find mission and purpose. He struggled to find a sense of new belonging, a sense of community.

What is interesting is that many leaders – and in fact, every day joes – struggle with this sense of belonging, and even with loneliness. Dr. Dilip Jeste, a professor of psychiatry and neuroscience with the University of California, San Diego, found in his study, composed of a group of people that were NOT at high risk for emotional problems, that three out of four struggled with loneliness.

Garrick didn’t flat-out say he struggled with this issue, but he didn’t feel like he belonged until he found his new tribe that is now focused on a mission and purpose that equips and strengthens communities. His company, Red Frog, provides elite tactical training to military, law enforcement, armed security, and civilians.

Garrick found a way to leverage his expertise to better his surroundings, not wage war. He found a way to become a difference maker outside of the battle field.

The path to making a difference might not be easy – despite what it looks like from the outside. You have a choice to make: wish or do. And depending on which choice you make, you could change the world.

Check out Garrick’s company – what he and his team teach could save your life and make a generational difference.