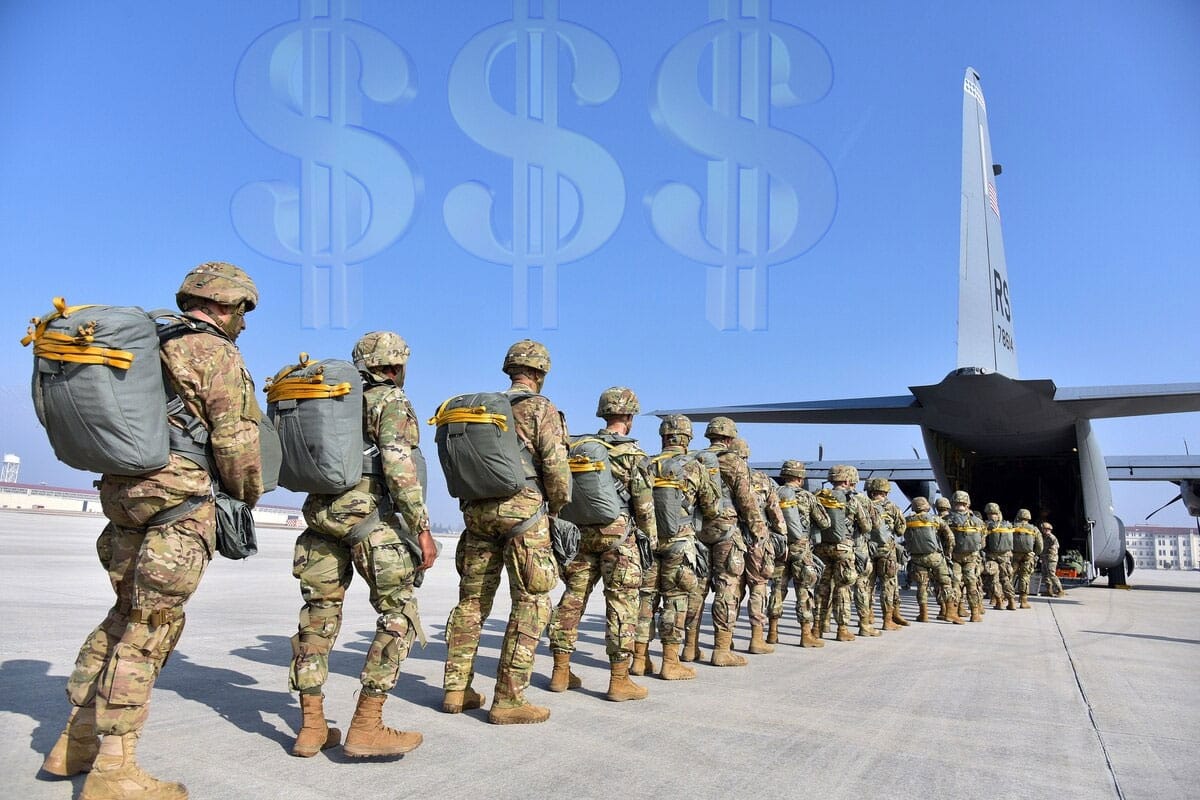 WASHINGTON, D.C. – A new report revealing that global military spending increased across the board yet again in 2019, with the U.S. leading the way at a whopping $732 billion, highlights that the world is operating within an outdated security paradigm that is wholly inappropriate to meet urgent needs, Public Citizen said today.

The report, released today by the Stockholm International Peace Research Institute, shows that countries spent $1.9 trillion total on the military in 2019, up by 3.6% and the largest annual growth in spending since 2010.

The Pentagon’s budget is larger than that of the next 10 countries combined, illustrating an embarrassing national addiction to wasteful war weaponry that citizens pay for with hunger, sickness, and other unmet human needs, Public Citizen maintains. The organization is spearheading the #PeopleOverPentagon campaign, which is pushing to cut military spending by at least $200 billion and use that money instead of human needs.

Rather than leading the world in public health solutions or preparing for the coming climate crisis, the U.S. soars above other nations in bloated military spending and openly exports its militarism abroad. This blind devotion to purchasing redundant weapons systems, maintaining excessive bases across the world, and caving to the demands of defense contractors puts lives on the line every day, Public Citizen said.

The greatest security threats of our time require nonmilitary solutions and international cooperation to solve. An $80 billion warfighting slush fund will not reduce the existential risk of climate annihilation.

Flying $71 billion fighter jets over a country in a public health crisis will not provide personal protection equipment to frontline workers. The $2 billion Space Force will not put a roof over someone’s head or pay their surprise medical bill.

“More than $700 billion in annual Pentagon spending offered the U.S. no defense against the most serious, acute national security threat we have faced in decades,” said Robert Weissman, president of Public Citizen. “And an obscene $1.9 trillion in global military spending has left the world far less safe and secure. It is long past time to abandon the madness of sky-high military expenditures and redirect the money wasted on guns and fighter jets to priority human needs.”

Today, Public Citizen joins 35-plus other organizations to condemn the perpetually rising Pentagon budget and the alarming 2019 levels of global spending. It’s beyond time to say no to wasteful, egotistical military spending and reinvest in human needs.