I recently read an article on Living Lake Chapala called Healthcare Analysis in Ajijic, Lake Chapala, Mexico.  It was talking about healthcare costs in Mexico and just how affordable it was. It had me wondering if Mexico had better healthcare options than the US for vets and people without insurance.

According to the World Healthcare Rankings Mexico sits in 61st place for healthcare while the US is in 37th place. I don’t think anyone would disagree that the level of healthcare in terms of equipment is a little better in the US than in Mexico, but that level of care comes at a high price. There are good and bad doctors on both sides of the border and now the equipment that was scarce is readily available at a reasonable price.

The general consensus is that healthcare spending in the US is seriously messed up with medical tech being upgraded on an almost yearly basis and this massive spending and high costs ends up placed on the individual as well as insurers. According to data released by the Organization for Economic Co-operation and Development (OECD) in 2018, the U.S. rate was a whopping $10,000 per capita.

Not only are healthcare costs prohibitive for those who are uninsured but insurance companies seem to automatically reject all claims making it a difficult and lengthy process to get your money.

Meanwhile in Mexico getting healthy is cheap by comparison. (See Cost of Living in Mexico).  People only spend a 1/5 on healthcare compared to the US, for any given ailment and people report an astounding 90% satisfaction rate.

The largest community of expats in Mexico is on the north shore of Mexico’s largest freshwater lake, Lake Chapala. This community pays on average approximately $20 USD for a doctor’s visit and $1,000 USD for insurance ( depending on age and overall health currently), so many of them don’t keep high levels of health insurances they can afford to pay as they go and many will just keep insurance for emergencies with a high deductible.


I’ve found that when you talk to these people, they will often tell you that they feel much safer knowing that if anything happened to them where they require service that it wouldn’t bankrupt them.

So the point I am trying to make is that it is understandable to have concerns about the quality of the health care system in Mexico. But, luckily, these concerns are unfounded as people are happier, healthier, and feel safer knowing that they can receive healthcare at reasonable rates without the ultra-high levels of very expensive care.

About the Author:  Conner Wallis-Collins is a Canadian who has lived in Mexico for over 25 years.  He works in Real Estate in Mexico at LivingLakeChapala serving the Lake Chapala are of Jalisco.  He studied at Queens College in Canada and has lived in Toronto, Canada as well.  He can be reached at [email protected] 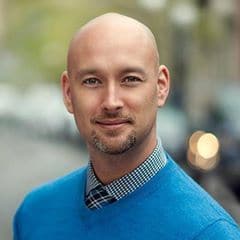