In the podcast you’ll hear from Army Veteran Luis Bordonada and Hollywood actor Max Martini that “asking for help is NOT a show of weakness.” You’ll also get the “behind the scenes” on what makes the movie, written and directed by Max Martini, Sgt. Will Gardner a MUST-WATCH on working through issues related to combat and transition. 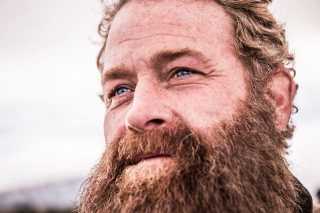 “You can’t heal unless there is a dialogue.” Max Martini, who has long portrayed roles of great warriors in such movies as Saving Private Ryan, The Unit, and 13 Hours once again delivers an incredible performance as Sgt. Will Gardner, an Iraq War Veteran, who suffers from PTSD and the lingering effects of a traumatic brain injury (TBI), which he sustained years earlier when he and his platoon, led by his fellow soldier and best friend, Tops (Hardwick), came under attack.

Enduring painful flashbacks to his harrowing combat days and humiliating setbacks in the present, Will sets out on a spirited motorcycle journey across America in hopes of reconciling with his young son and former wife (Röhm). Along the way, he encounters other veterans and a young woman (Rabe) who will push him to confront some of his most painful memories in hopes of finally finding some peace and closure.

Cinedigm will release the picture in select theaters, On Demand and Digital in January 2019 with a Blu-ray™and DVD release to follow in February 2019.


Check out Sgt. Will Gardner today.