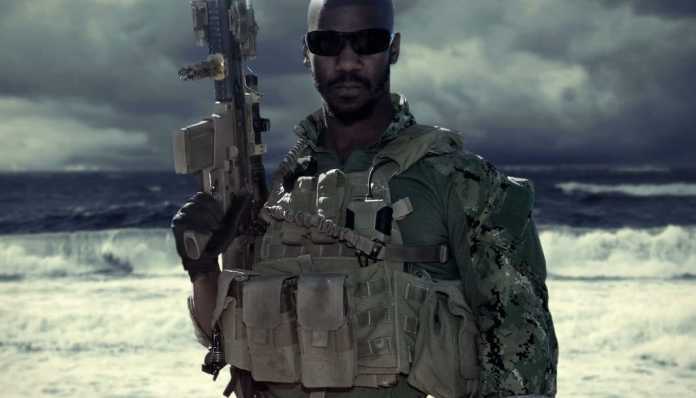 Washington, DC; 01/19/2017—A highly-anticipated collaboration between fiction writer Andy Symonds and a former Navy SEAL will debut online and in book stores next month. Their electrifying foray into the world of top secret Special Operations groups is already getting rave reviews in that community for its realism and accurate portrayal of fictional Special Operations missions.

As a Navy SEAL, Chris McKinley trained and fought alongside some of this country’s most decorated warriors. His unique perspective allowed Symonds to depict details on operations and in conversations few have been privy to; this combination of battle experience and masterful storytelling has made Enemy in the Wire a must-read for action junkies.

“This book does a better job than any novel I’ve read at capturing the personalities of Special Operations Forces,” says an active-duty Green Beret currently stationed in the Middle East. “The battle scenes are intense, and realistic enough that you feel the bullets whizzing by your head and the heat from the explosions. I’ve experienced the same sentiments in battle that I did reading this book.”

Enemy in the Wire is available for pre-order at www.mascotbooks.com and wherever books are sold. Both authors are available for interviews and book signings.

Andy Symonds is an award-winning author based in the Washington, D.C. area. His acclaimed first novel, My Father’s Son, features some of the same characters found in Enemy in the Wire. He grew up in a Navy family on military bases throughout the world.

Chris McKinley is a former Navy SEAL and the Amazon best-selling author of Undaunted: Life’s Toughest Battles Are Not Always Fought in a War Zone.

ENEMY IN THE WIRE is registered with the American Wholesale Book Company, Baker & Taylor, Follett Library Resources, Ingram, and Partners Book distributors and available online with the following retailers: