The 35-year sentence just slapped on Bradley Manning may be seen as a perverse expression of American exceptionalism.

The message conveyed by the US government is clear: if any of you – however free and brave – believe you’re exceptional enough to share confidential information about national security with the media and American and global public opinion, you will be punished without mercy.

It does not matter, as the Government Accountability Project detailed, that Manning’s action did not physically harm anyone in the US (apart from Washington’s ever-vanishing credibility); or that he was informing about dirty practices and even atrocities. His ‘reward’ was a trial in a kangaroo court.

As Birgitta Jonsdottir, the parliamentarian from Iceland who worked with WikiLeaks, succinctly put it, “a fair trial…has never been part of the picture. Despite being a professor in constitutional law, the president as commander-in-chief of the US military – and Manning has been tried in a court-martial – declared Manning’s guilt pre-emptively.”

As for another myth of American exceptionalism, a ‘free’ press – it’s already been six feet under for a while. While he was court-martialed, Manning detailed how he first tried to hand over the leaks to the New York Times and the Washington Post. He was imperially ignored. A case can be made that the US government would at least think twice about prosecuting a source protected by that voice of the establishment, the New York Times.

Manning, though, became a WikiLeaks source. And the US government revealed its hand; this organization is not a real member of the ‘free’ press because is led by what prosecutors described as “information anarchist” Julian Assange. It’s only ‘free press’ when we say so. Yet for American and global public opinion it’s obvious where real journalism is being practiced these days.

The US government took no prisoners (literally); prosecutors asked kangaroo court Judge Lind for a jail sentence of at least 60 years. Six months ago Manning pleaded guilty to a number of charges – at the time facing a maximum sentence of 20 years. Yet the US government said ‘no’, and added the now notorious charge of ‘aiding and abetting the enemy’ (of which he was eventually acquitted; even Lind found that over-the-top). Still Manning was found guilty of no fewer than 20 counts, six of them under the Espionage Act, and most of them spurious.

So former NSA contractor Edward Snowden was right all along; he escaped to Hong Kong (and then Moscow) because he was dead certain he would never get a fair trial. And that’s exactly what might happen to London’s Ecuadorian embassy guest Julian Assange if he is unfortunate enough to be extradited to the US – where a grand jury has already indicted him.

WikiLeaks has spun the 35-year sentence as a “significant strategic victory,” adding that Manning could be free “in less than nine years.” But that’s no victory. Victory would have been Manning’s release. Instead, under the best scenario, he must languish in a military prison at least until 2021, when he could be out on parole.

Here is a reasonably balanced account of Manning as a troubled young man. Psychologically, he is a classic Outsider; he could have been easily portrayed in a Camus or Dostoevsky novel. Yet the most crucial element is the transcending act – when the Outsider makes his mark. Navy Capt. David Moulton, a forensic psychiatrist who testified in Manning’s defense, told the court martial Manning was, “under the impression that his leaked information was going to really change how the world views the wars in Afghanistan and Iraq, and future wars actually.”

He may be proven right, with time. Let’s recap, briefly, some of what the young intel analyst in an air-conditioned cubicle in the Iraqi desert told the world before a lowly computer hacker – with whom he was in touch online – sold him out to the FBI.

Manning unveiled the ‘Collateral Murder’ Apache helicopter video – a graphic illustration of why the US lost the war and occupation of Iraq. Not by accident the Pentagon bogus investigation of one of their own – who reduced Iraqi civilians to ‘dead bastards’ – concluded that the helicopter crew had followed the ‘rules of engagement’.

He gave WikiLeaks 75,000 SIGACTS from Afghanistan. Even the ‘free press’ New York Times – which published some of them – was forced to admit rather meekly, that these were, “an unvarnished, ground-level picture of the war in Afghanistan that is in many respects more grim than the official portrayal.”

Manning introduced the world to more than 700 Guantanamo detainee files, the absolute majority making it clear they should not even be in Guantanamo in the first place.

He leaked no fewer than 250,000 State Department cables – many unbelievably silly, but many detailing Mafia-style pressure on an array of countries to brush off the CIA’s totally lawless ‘extraordinary renditions’.

Last but not least, Manning’s leaks revealed details of Washington’s coddling of an array of unsavory Arab dictators, particularly the corrupt Ben Ali in Tunisia. These may – or may not – have been used or justified to unleash different strands of the former Arab Spring; but the fact is public opinion was exposed to the full, documented extent of Washington’s hypocrisy.

In summation: an embarrassment of galactic proportions. No wonder the US government reacted with such fury.

The legal battle is not over. Manning’s case now goes to the Army Court of Criminal Appeals. It might end at the US Supreme Court. Manning’s lawyers will appeal immediately – and next week Manning will send a personal plea to Obama asking for a presidential pardon.

Obama may eventually rise to the occasion. But don’t count on a Commander-in-Chief who pre-emptively condemned him to show the compassion afforded to White House dogs, including the new puppy, Sunny. The US government has made it clear that Manning has been punished not only for his dubious ‘crimes’, but mostly as a stark warning to anybody contemplating following the same path.

Meanwhile nobody, absolutely nobody in a position of power has been punished as a result of Manning showing the world detailed cases of torture…sorry, ‘enhanced interrogation’…in Iraq, Afghanistan and Guantanamo, and the mechanism of extraordinary renditions.

Obama’s own Attorney General Eric Holder had already ruled out last year that anyone would be prosecuted. And in a recent development the United States Department of Justice requested on Wednesday to grant George W. Bush, Dick Cheney, Donald Rumsfeld, Colin Powell, Condoleezza Rice and Paul Wolfowitz procedural immunity in San Francisco federal court case alleging that they planned and waged the Iraq War in violation of international law.

That’s all one needs to know about American exceptionalism.

Pepe Escobar is the roving correspondent for Asia Times/Hong Kong, an analyst for RT and TomDispatch, and a frequent contributor to websites and radio shows ranging from the US to East Asia. 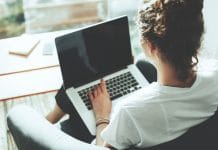