Everyone knows how strong the bond is between people and their dogs. This bond can be powerful for deployed military who rescues a dog while serving overseas. To see the emotional first moments when a soldier kneels to reach out to a puppy deserted on the side of the road and take him into his arms is genuinely amazing. With over 2.7 million views on TikTok, it’s obvious people connect with this moment.

U.S. Army Specialist Hicks was out on patrol when his buddy told him that a puppy was eating trash on the side of the road. He stepped out of his truck, and the puppy ran toward him. The rest, as they say, is history.

“I’ve been telling my boys that I’m going to rescue at least one of these dogs out here, and I say it every day,” says Spc. Hicks. “When I got out, and he ran towards me, I knew he chose me as much as I chose him. We have been inseparable ever since. He’s going on patrols with us, part of our family, and I hope that’s forever. If I can save at least one of these dogs, I will talk about it daily for the rest of my life.”

Spc. Hicks joined the Army following the footsteps of his father. He is also an animal lover and is especially fond of dogs. Knowing that he would be relocated and deployed elsewhere, he reached out to Paws of War for help. The organization has stepped in to help so that the two can be reunited when he is done with his deployment.

“We fell in love with this rescue story just as everyone else did when they saw the video of it,” says Derek Cartwright, a veteran and the coordinator for Paws of War. “These two saved each other, and now we will do all we can to save their relationship, by relocating the pup back to the states.”

He named the puppy Soap because he loves to run and play with empty soap bottles. The two were attached at the hip. Unfortunately, Soap could not stay with the soldier and felt desperate not to let the dog go back out on the streets to suffer and most likely die. With time and options running out, a fellow soldier told him about Paws of War, who dispatched one of its rescue teams to get soap and start getting the pup to the soldier’s home in Indiana.

“For him to know that this pup is going to have a better life and be taken care of has lifted his spirit so much,” says Spc. Hicks’ mother, Tina. “To see my son have a smile on his face after finding this pup and to know he will be here waiting on him when he comes home is a feeling I can’t put into words, so again thank you to all who are involved in this organization and for bringing hope and a smile to my son’s beautiful face.”

Paws of War routinely helps soldiers save the pets they have rescued and bonded with during deployment. It is a costly endeavor that includes paying for healthcare and relocation expenses. They can only do these missions with the support of the community. Check out the YouTube clip of Soap: https://youtu.be/rwt1m1ddMg8.

To donate to support the rescue of Soap, visit the site at: https://pawsofwar.networkforgood.com/projects/176922-help-save-soap

Paws of War has been operating worldwide since 2014, helping the military save the animals they rescue while deployed overseas. They have helped veterans with numerous issues, including suicide prevention, service and support dogs, companion cats and dogs, food insecurity, veterinary care, etc. Paws of War has a large loyal following of supporters and looks forward to working with new corporate sponsors to support these life-saving programs. To donate, visit its site at: http://pawsofwar.org. 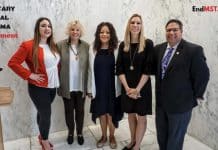 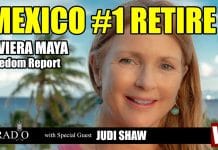