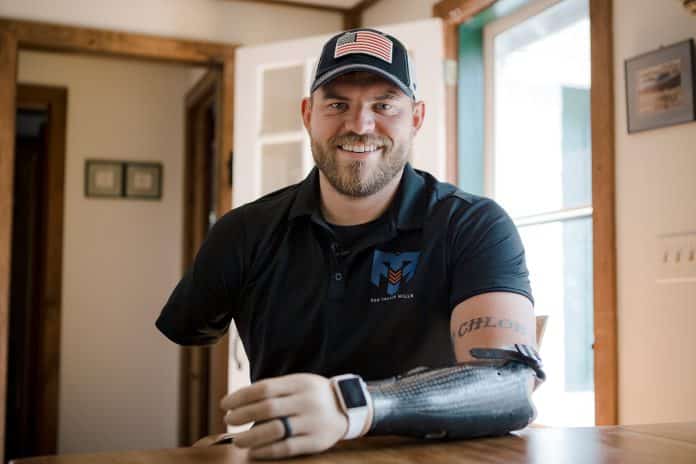 Never Give Up On Country, a Benefit Concert for America’s Recalibrated Veterans including Ocala- Native Matthew Brady, Will Feature Entertainers Jimmie Allen, Colt Ford, and Kidd G in Ocala On Dec. 9

OCALA, FLORIDA – Country music entertainers are coming together to honor the red, white, and blue with a concert, Never Give Up On Country, supported by Chase, to benefit the men and women who have experienced lifelong injuries while in service to our country.

The event, to be held Friday, Dec. 9 in Expo 1 of the World Equestrian Center in Ocala, Florida, will begin with a block party at 4:30 p.m. featuring music by Chris McNeil.

It will also include food, beverages, and a parachute show. The evening continues with the main event – powerful performances by Jimmie Allen www.jimmieallenmusic.com/tulip-drive-splash/ Colt Ford (coltford.com) and Kidd G (www.kiddgmusic.com). A range of tickets is available (never-give-up-on-country.eventbrite.com) from general admission to premium enhanced. 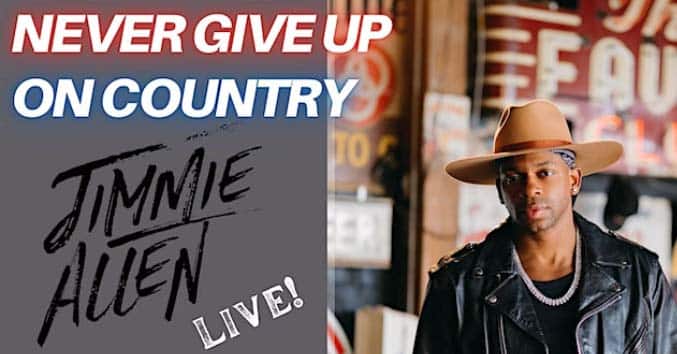 The Travis Mills Foundation supports veterans from around the country, including Matthew Brady, an Ocala, FL, native and current resident. Brady enlisted in the Army after high school and in 2005 was deployed to Ba Qubah, Iraq in the Diyala Province. It was his unit’s mission to help Ba Qubah secure the city, help the Iraqi people establish a government, and fight the insurgency.

In November of that same year while on combat patrol, the vehicle in which he served as a gunner, was struck by a Suicide Vehicle Born Improvised Explosive Device (photo link (drive.google.com/drive/folders/1nQI43Vrma-r5uyI-BlCQHB_jlZfaLTls?usp=sharing).

Brady sustained shrapnel wounds to his left torso, a traumatic brain injury, burns, and a jaw injury. He left the Army in 2006 and returned home to Ocala where he married his high school sweetheart, Janell, went to college, and started a family. Matthew and Janell attended the Travis Mills Foundation Veterans Retreat for the first time in 2017 and then again in 2019 with their young son, Jase. Brady credits the Travis Mills Foundation with giving him and his family the opportunity to decompress from the everyday challenges of being an injured veteran and a space where he is able to connect with others with similar backgrounds in a relaxed environment.

“I was able to make some amazing friends as well as get some amazing life advice as well at TMF. The staff was always willing to help the veterans overcome their injuries and participate in a sport or activity they may have never been able to do with adaptive equipment and some A+ coaching,” Brady said. “They encourage veterans not to heal in isolation but to find strength and support through their family. They help build physical strength and mental confidence of veterans. I have watched some amazing veterans do some amazing things while at TMF.”

The first Never Give Up On Country event was held with Country Star Craig Morgan in November 2021. The name was inspired by U.S. Army SSG (Ret.) Travis Mills (travismillsfoundation.org/travis-mills) ’ motto: “Never Give Up. Never Quit.” It raised hundreds of thousands of dollars for the Travis Mills Foundation (travismillsfoundation.org/), which welcomes veterans who have been injured while in service to our country, and their families, to its year-round retreat in the Belgrade Lakes Region of Maine. Participants who have experienced amputations, paralyzations, traumatic brain injuries, and more, enjoy adaptive sports, overcome physical and emotional obstacles, strengthen their families and enjoy much-needed rest and relaxation, all with their families by their side.

SSG Mills was on his third tour in Afghanistan with the Army’s 82nd Airborne Division when he set his rucksack down on an IED, losing portions of all of his limbs in the explosion. During his 19-month recovery at Walter Reed, he coined the term, “recalibrated veteran.” He didn’t want to be referred to as a wounded warrior – his wounds had healed. He needed to change his way of thinking and his purpose in accordance with his new normal; he recalibrated. One of only five surviving quadruple amputees from the wars in Afghanistan and Iraq, he opened the Travis Mills Foundation Veterans Retreat in 2017.

“I can’t serve my country anymore,” Mills said. “But what I can do, is give back to my fellow veterans and their families through the Travis Mills Foundation. Many of our participants call Florida home and we’re eager to spread the message of the good work we do to the Ocala community specifically after being embraced by them at our event last year.”

Since 2017, the Foundation has hosted more than 100 weeks of programming, serving 956 veterans, 1,058 families, and more than 3,000 people from nearly all 50 states, including Washington, D.C., and Canada. For more information on the Travis Mills Foundation and the upcoming concert, visit www.travismillsfoundation.org.