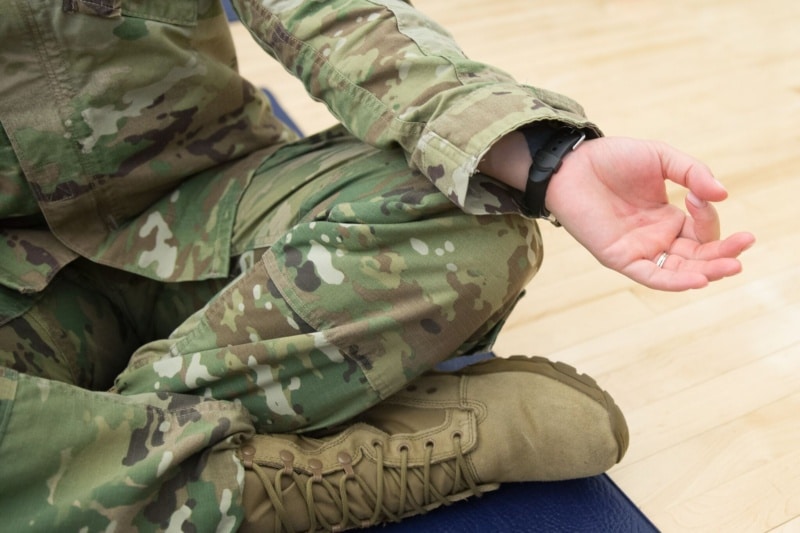 SILVER SPRING, MD – The Warriors at Ease Board of Directors has named Alli Houseworth as Executive Director.

Since 2011 Warriors at Ease has been dedicated to ensuring that every member of the military community has access to the healing power of yoga and meditation, and is able to use these tools in the prevention and rehabilitation of physical and invisible injury.

Houseworth comes to the role as an RYT 500 yoga instructor and nearly 20 years of experience in marketing and communications in the nonprofit space, a master’s degree from Columbia University, close to a decade of life as a Coast Guard spouse, and a lifetime of being a military family member.

“We are thrilled to announce that Alli Houseworth is joining the Warriors at Ease team as our Executive Director,” says Sherry Kellogg, Chairwoman of the Warriors at Ease Board of Directors. “Alli is a visionary who brings with her a tremendous amount of experience and knowledge in strategic leadership, business administration, and yoga.

Her positive and practical approach to leadership combined with her unwavering commitment to integrity and serving the military community are true assets to our organization. The Board of Directors is excited to work with Alli, and we are even more excited to see Warriors at Ease strengthen, transform, and thrive under her leadership.” 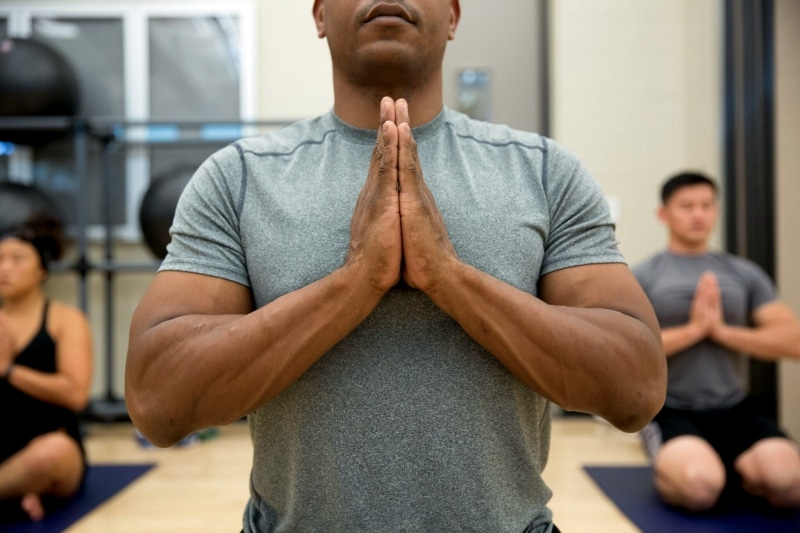 Houseworth will manage the day-to-day operations of the organization, oversee its outreach and fundraising strategies, and spearhead the organization’s growth as the world-class leader in providing trauma-informed, adaptive, and evidence-based yoga, meditation, and resilience training to the military community.

“I am deeply honored to take on this role with Warriors at Ease,” says Houseworth. “The training I received from this organization not only gave me the tools to heal myself but has allowed me to impact the lives of hundreds of service members and their families across the country by showing them the deeply impactful ways yoga and meditation can help them heal from their physical and invisible injuries–particularly when presented in a way that’s specifically tailored to the unique challenges of life in the military.”

Alli Houseworth, a DC-area native, comes to Warriors at Ease with nearly 20 years of experience in marketing and communications, a decade of being a military spouse and yogi, and a lifetime of being a military family member and creative entrepreneur. She holds a master’s degree in Producing and Theatre Management from Columbia University in New York City where she studied the inner workings of some of the largest for-profit and nonprofit performing arts institutions in the country.

Always leading with an entrepreneurial mind and a heart for the consumer, Alli founded the TKTS Patron Service Representative Program in New York City, ran a $135,000 digital installation program at Woolly Mammoth Theatre company deemed by the Washington Post as “a glimpse to the future,” and has been a thought-leader and public speaker on the power of social and digital media since the early 2000s. Her work has taken her across the US, England, and Australia. She has served as an adjunct faculty member at George Mason University, American University, and Columbia University. Today, Alli is one of 26 fellows chosen for a highly-selective, full-time, five-month fellowship program for transitioning veterans with service-connected disabilities, military spouses, and caregivers run by Dog Tag Bakery.

Alli is the spouse of an active duty Coast Guardsman, sister of a firefighter, daughter of an Army veteran, granddaughter of career Air Force and Army veterans, and great-granddaughter of a WWI Army veteran. Two years into life as a military spouse, Alli found her way back to yoga as a means to reduce heightened stress, anxiety, and depression triggered by life in the military. Alli received her 200-hour certification from CorePower Yoga, a 250 Hot 26/2 certification from Evolation Yoga, Level 1 and 2 iRest Certifications, and is in the process of completing her C-IAYT. Today she holds her RYT 500 and E-RYT 200 designations from Yoga Alliance.

Within months of completing her initial yoga training Alli began studying with Warriors at Ease and for the last six years has taught yoga and iRest meditation at MWR military fitness centers; the Army Recovery Care Program at Schofield Barracks, Ft. Belvoir, and Walter Reed; at an in-patient treatment center for substance use disorder; for unit PT; with O2X Human Performance; and with individual service members who are struggling with PTSD, anxiety, depression, physical pain, and cancer diagnoses.

About Warriors at Ease

Warriors at Ease was established as a 501(c)(3) organization in 2011 and is dedicated to ensuring every member of the military community has access to the healing power of yoga and meditation and knows how to use these tools to aid in the prevention and rehabilitation of physical and invisible injury. The organization was founded by Robin Carnes, Karen Soltes, Colonel (ret) Pat Lillis, and Molly Birkholm. These pioneering co-founders were involved in some of the first clinical studies funded by the Department of Defense and Department of Veterans Affairs involving the use of yoga and meditation as adjunct therapy for combat-related health conditions.

In response to the success of these early studies at the Walter Reed National Military Medical Center as well as VA Medical Centers in Washington DC and Miami, the founders developed a robust, world-class training curriculum for yoga and meditation instructors that directly address the unique challenges of serving in the military. In addition to this teacher training, Warriors at Ease works with partners who are looking to develop resilience programs in support of the military community.

There are many ways you can support our mission of bringing the power of yoga and meditation to the military community:

Thank you. Your small actions make a big difference.