Just out today and available on Amazon from Dutton, PATTON’S PAYBACK: The Battle of El Guettar and General Patton’s Rise to Glory is a stirring World War II combat story of how the legendary George Patton reinvigorated a defeated and demoralized army corps, and how his men claimed victory over Germany’s most-feared general, Erwin Rommel.

In March 1943, in their first fight with the Germans, American soldiers in North Africa were pushed back fifty miles by Rommel’s Afrika Korps and nearly annihilated. Only the German decision not to pursue them allowed the Americans to maintain a foothold in the area. General Eisenhower, the supreme commander, knew he needed a new leader on the ground, one who could raise the severely damaged morale of his troops. He handed the job to a new man: Lieutenant General George Patton. 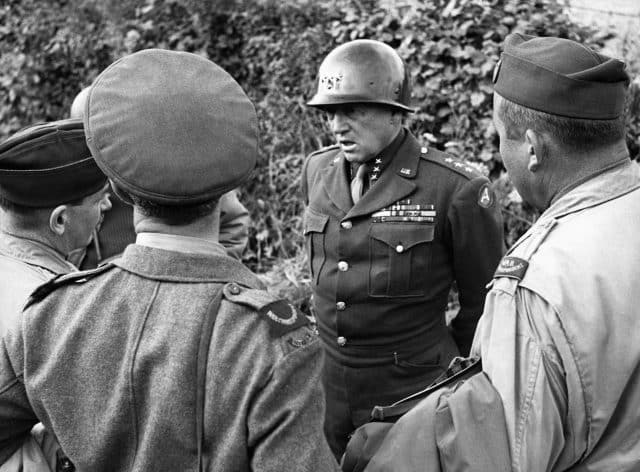 Charismatic, irreverent, impulsive, and inspiring, Patton possessed a massive ego and the ambition to match. But he could motivate men to fight. He had just ten days to whip his dispirited troops into shape, then throw them into battle against the Wehrmacht’s terrifying Panzers, the speedy and powerful German tanks that U.S. forces had never defeated. Patton, who believed he had fought as a Roman legionnaire in a previous life, relished the challenge to turn the tide of America’s fledgling war against Hitler—and the chance to earn a fourth star.

Stephen L. Moore is a critically acclaimed author whose work has been praised in The Dallas Morning News, Houston Chronicle, America in WWII, and more. He befriended several of Patton’s surviving veterans to tell this story, including 100-year-old artilleryman Hubert Edwards and 94-year-old infantryman Harley Reynolds. He also personally interviewed 97-year-old Lloyd Richards before he passed away, who was believed to be the last surviving member of the famed Darby’s Rangers division. 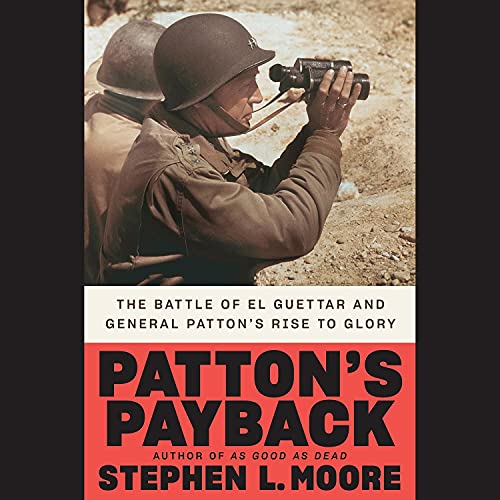 “Just when I thought I knew all about America’s most famous general, George S. Patton, Stephen Moore emerges with this intimate portrait of the man and his incredible ability to motivate men in their darkest hour. Moore brings you to the battlefield, and into the mind of a fearless military genius.”

“President Roosevelt called George Patton America’s ‘greatest fighting general,’ but in the hands of Stephen L. Moore, he is more than that. Patton’s Payback offers an intimate portrait of the general at a time when the US Army was struggling to meet the Nazi threat. An origin story and battle narrative, Patton’s Payback is essential reading for anyone looking to understand the North Africa campaign and how it forged an American army capable of defeating Nazi Germany.” 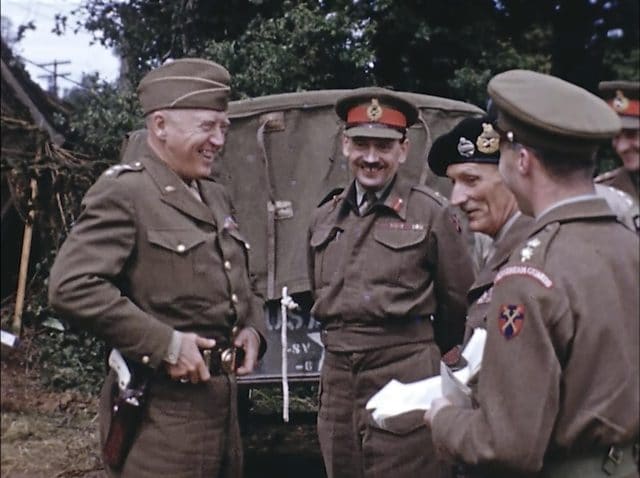 STEPHEN L. MOORE, a sixth-generation Texan, is the author of multiple books on World War II and Texas History. On May 17th, he releases Patton’s Payback: The Battle of El Guettar and General Patton’s Rise to Glory (Dutton).

Moore has given lectures for the Daughters of the Republic of Texas at the Alamo, in the San Jacinto Museum of History, at the Pritzker Military Library, for various historical organizations, and at World War II military assemblies, including the National World War II Museum in New Orleans. His most recent Texas book is the non-fiction companion to the History Channel’s Texas Rising, a 2015 ten-hour mini-series drama about the Texas Revolution and the early Texas Rangers.

Moore has twice been a featured author at the Texas Book Festival in Austin, is a contributing writer for various historical journals, and has been a contributing book reviewer for the Dallas Morning News.

Parents of three children, Steve and his wife Cindy live north of Dallas in Lantana, Texas.