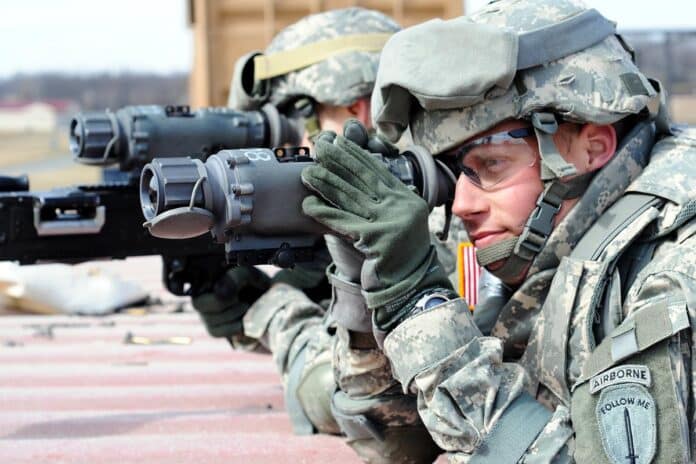 The Future of Military Thermal Weapon Sights Market Economy Size Expected a Growth of USD 21.32 Billion by 2028, According to Vantage Market Research

* The gun-based thermal weapon sights segment is projected to grow at a CAGR of over 5.65% during the forecast period. This is owing to the increasing demand from the defense industry.
* The army segment held a market share of around 39.41% in 2020. This share is due to the increasing adoption of the device by the military forces in order to use it as a standalone observation device day and night.
* North America is expected to expand at a CAGR of over 8.56% from 2021 to 2028. This surge is attributed to the early adoption of new technologies and increasing war conflicts worldwide.

Get PDF Sample Copy of this Report to Understand the Structure of the Complete Report including Full TOC, List of Tables & Figures, Chart

Asia Pacific region is expected to grow at the highest CAGR during the forecast period. This growth is accredited to the increasing cross-border disputes and demand of advanced weapons from emerging economies, like India, and China.

The military thermal weapon sights market is segmented as follows:

We, at Vantage Market Research, provide quantified B2B high-quality research on more than 20,000 emerging markets, in turn, helping our clients map out the constellation of opportunities for their businesses. We, as a competitive intelligence market research and consulting firm provide end-to-end solutions to our client enterprises to meet their crucial business objectives. Our clientele base spans 70% of Global Fortune 500 companies. The company provides high-quality data and market research services. The company serves various enterprises and clients in a wide variety of industries. The company offers detailed reports on multiple industries including Chemical Materials and Energy, Food and Beverages, Healthcare Technology, etc. The company’s experienced team of Analysts, Researchers, and Consultants use proprietary data sources and numerous statistical tools and techniques to gather and analyze information.