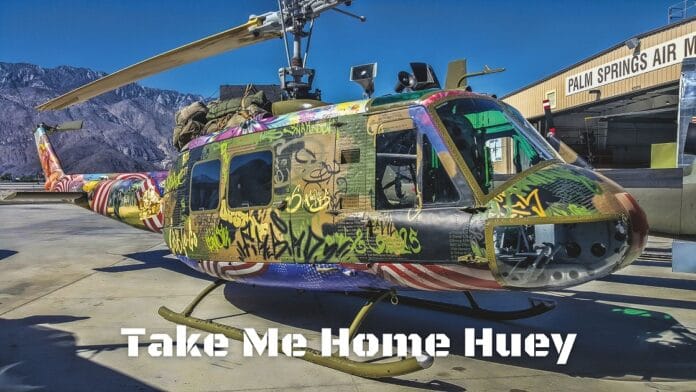 “A wonderful happy and sad snapshot of the Huey helicopter, the workhorse of the Vietnam War, and an artist’s determination to rebuild an old warbird in memory.”

“A stunning account of how art can heal the wounds of war… It grabbed my heart and I will share it with many.”

“An outstanding story of… a fantastic art piece that overwhelmed me while viewing it, touching it, and feeling its mystical, healing presence.”

By Steve Maloney and Clare Nolan

The arts can be a bridge to healing, as multimedia artist Steve Maloney discovered when he conceived a sculpture to honor the 2.7 million Americans who served during the Vietnam War. To commemorate the 50th anniversary of the Vietnam War, Maloney transformed the fuselage of a boneyard Medevac helicopter, to create what has become the multimedia project, Take Me Home Huey. The progression of Maloney’s brainchild, from artistic concept to a cross-country mission of healing for veterans living with post-traumatic stress, has now been captured in a stunning book. TAKE ME HOME HUEY: Honoring American Heroes Through Art by Steve Maloney and Clare Nolan will be released on National Vietnam War Veterans Day—March 29, 2021.

The book follows Maloney’s artistic journey as he, aided by his team of veteran advisors, volunteer mechanics and art assistants, deftly molded the wreckage and reimagined the aircraft that became a therapeutic tool for Vietnam veterans still living with ravages of post-traumatic stress. TAKE ME HOME HUEY documents, through the artist’s narrative and captivating photographs, the story of the chopper, dubbed Huey #174, and originally conceived as an artistic tribute, helped veterans open up, tell their stories and begin the healing process. The cross-country tour of Huey #174 inspired a song and an Emmy Award-winning documentary. All the elements stand alone, but combined they create a powerful message.

Maloney, a widely recognized artist and Vietnam-era National Guard veteran, is justifiably proud of what his sculpture has accomplished. “Once an artist releases a work into the public sphere, it can take on a new purpose. I had initially conceived Take Me Home Huey as a thank you and a welcome home for my contemporaries. But in their eyes, the sculpture became something more — a public acknowledgement that some of them, while physically at home, were mentally and emotionally still on the battlefield. I could not be more proud of what this project has accomplished and the reception it received. It is the proudest thing I’ve ever done.”

By Steve Maloney and Clare Nolan 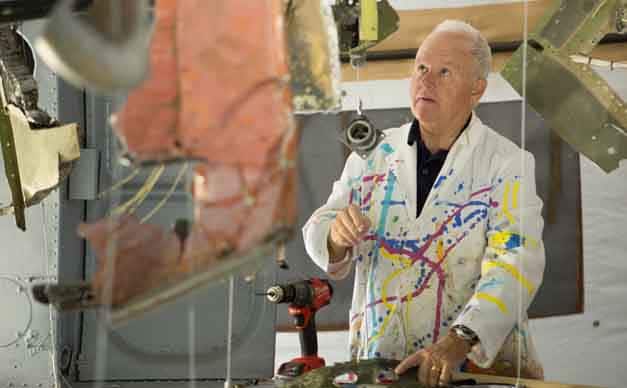 STEVE MALONEY is a contemporary artist whose compositions reflect a fascination with American icons, pop culture, velocity, and urban life. His freedom of style and bold use of color yield works that bring joy and energy to their surroundings. He creates in a variety of disciplines: painting, sculpture, collage, film, and performance, continuously pushing himself beyond his comfort zone. During his 20-year career, Steve has produced original works, participated in public projects, and collaborated with iconic brand names. His 2006 series of collages, “This Is Where The Rubber Meets The Road,” is composed of parts from crashed NASCAR racing vehicles. In 2009, Steve was commissioned by Lexus to participate in its “Parts Art” project. From 2009 to 2012, he crafted the original series “Banned Booty” from items confiscated from airline passengers by the Transportation Safety Administration. His works have been exhibited at museums and galleries throughout the U.S., and in traveling and solo exhibitions, and have been featured in USA Today, The Wall Street Journal, CNN Headline News, Time magazine, and on National Public Radio. Take Me Home Huey is Steve’s first memorial artwork. It is the culmination of his career as a professional artist and his experience as a student, businessman, and member of the Army National Guard during the Vietnam War. From 1963 to 1969, Steve served in the 156th Signal Battalion, headquartered in Michigan. Take Me Home Huey is a multipart project, encompassing a mixed-media sculpture created from a 1967 UH-1H Huey helicopter, a documentary film, a song, and an educational website. From November 2015 to December 2017, Take Me Home Huey visited 29 venues in 11 states, was viewed by hundreds of thousands of spectators, and appeared in countless news reports. Steve serves as the chair of the board of trustees of the Palm Springs Art Museum in Palm Springs, California. He lives in Southern California with his wife, Yvonne, who is also an artist. For more information, visit stevemaloney.com.

How One Veteran Received $500,000 in VA Disability Back Pay 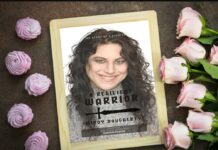 How One Veteran Received $500,000 in VA Disability Back Pay