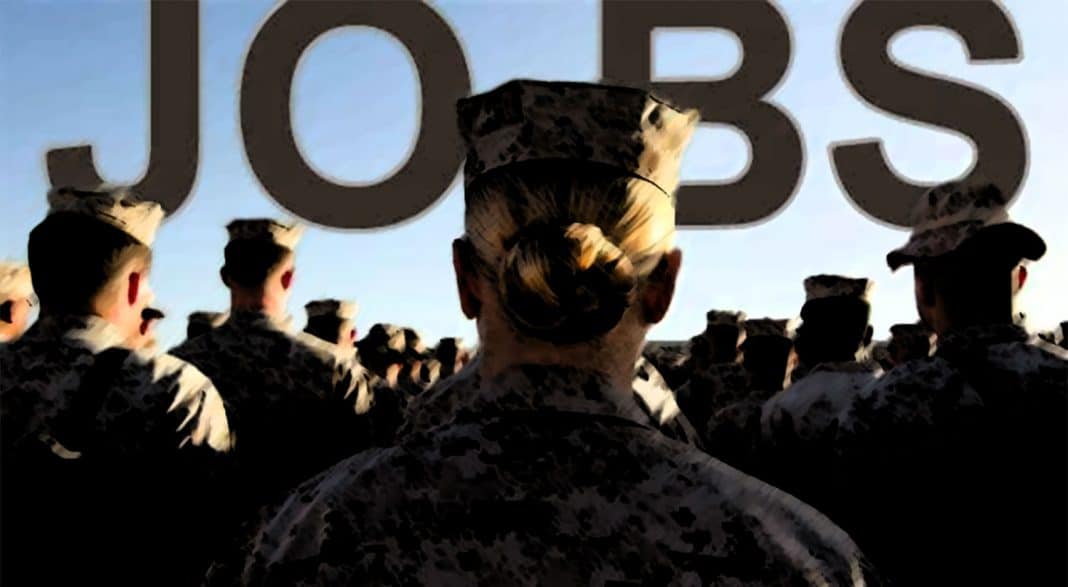 One hundred and sixty co-ops across the country are part of the effort, which is dubbed “Vets Power Us.”

Nine veterans, including Operations Analyst Michelle Hall, work at Tipmont and comprise 10% of the co-op’s workforce.

Hall was a captain for nine years in the Army Reserve and went on two tours to the horn of Africa, where she combated recruitment into terror and piracy cells.

“A lot of things you take for granted while you live here in the United States, and then you go overseas and you see how difficult life is,” she says.

But Hall says working at Tipmont does share similarities to military life.

“The people here, they seem to share the same values that those of us with a military background have: the integrity, the hard work, the teamwork,” she says.

More than 200,000 military veterans transition every year to civilian life. Tipmont Communication Director Rob Ford says the industry will be in need of highly skilled workers in the next five years, making it an ideal pipeline for job-seeking vets.

“Electric co-ops across the nation, there are about 15,000 of our employees that are probably going to retire in the next three to five years and Tipmont is certainly not immune to that,” he says.

Pickard went back to school and says more veterans should consider working in the industry.

“I think there’s a lack of knowledge we exist, so I think once people realize that, Hey, this is a great industry to be in, I think once we get that word out, that message, that we’ll see a lot of interest,” he says.