Sprague was founded in 1870 by Charles H. Sprague, who initially focused the company on meeting the explosive demand for coal, which was being fueled by the industrial age.

During World War I, the privately held power company became the major supplier of coal to America’s European allies. To facilitate the transportation of millions of tons of coal across the Atlantic, the Sprague Steamship Company was founded. By World War II, the company was operating eleven terminals and a fleet of 27 vessels transporting coal and other products throughout the world. Its role as a worldwide coal supplier was solidified in 1942, when the US Government selected Sprague to manage the wartime coal shipment program.

Following the war, Sprague enjoyed an era of rapid growth as oil became a major fuel source and component of the energy business. Sprague seized this growth opportunity by entering the oil business and building its first industrial oil terminal adjacent to its Portsmouth coal facility. The Sprague family entered the industrial oil business with a major commitment; building terminals, acquiring tankers, contracting with suppliers, handling the product, and entering new markets. In 1959, the company expanded its oil marketing activities by entering the distillate oil market.

In 2005, Sprague expanded its footprint in Maine with the acquisition of Merrill Marine Terminal Services, Inc. in Portland, Maine. This provided Sprague with another sizeable operation in New England – adding approximately 600,000 tons of annual material handling capacity.

From its roots in Coal and Oil products, since 2000 Sprague has added additional resources to expand its Natural Gas business. Sprague works directly with dozens of local utilities across New England, providing natural gas marketing to commercial and industrial companies.

Sprague also continues to expand its Materials Handling business. Built initially around coal handling in the turn of the century, Sprague is now focused on supporting customers’ evolving requirements, such as offloading large wind turbine blades and components.

Click Here To View And Apply To All Of Sprague Energie’s Available Positions! 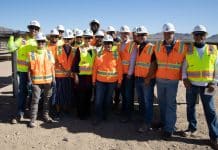 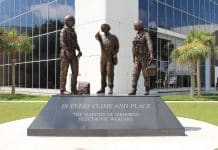