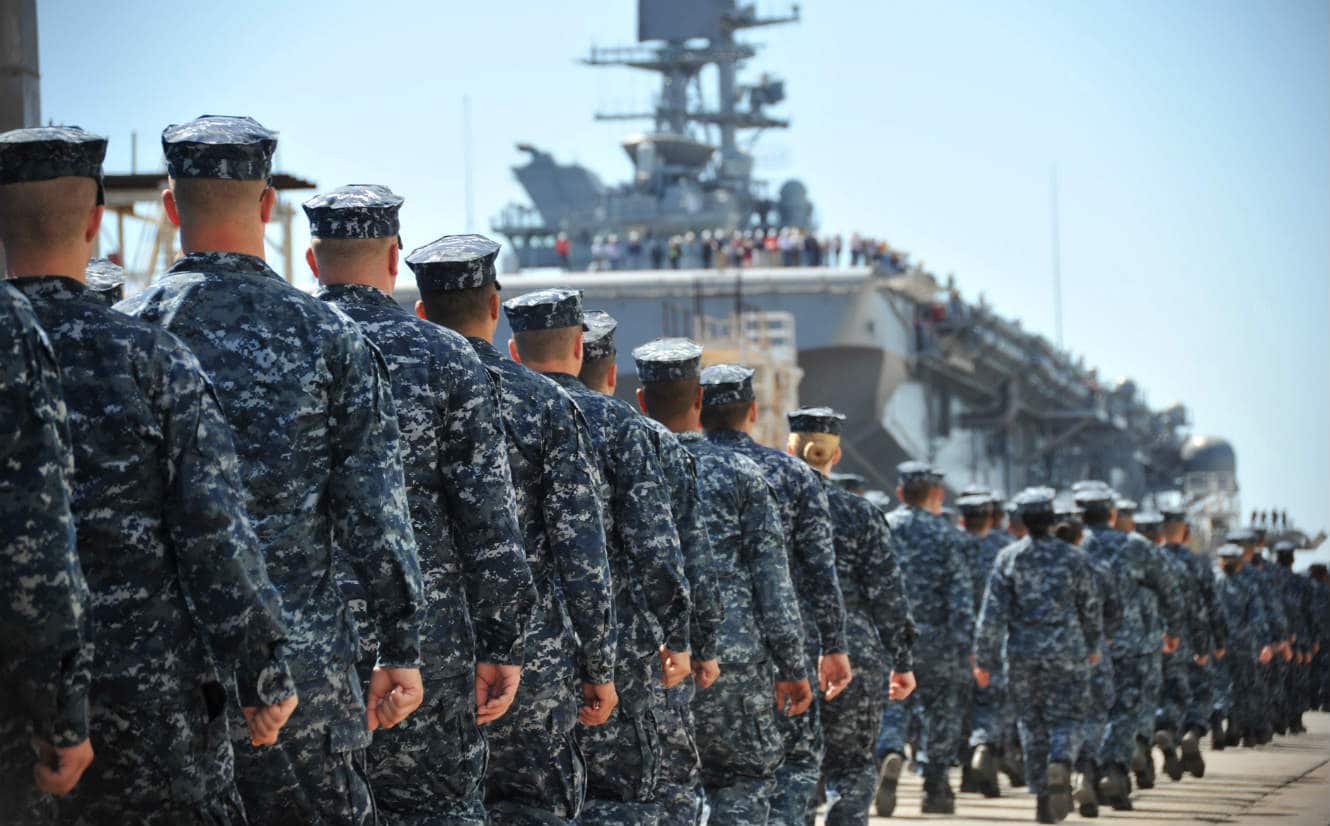 WASHINGTON (NNS) — Huan Nguyen became the first Vietnamese American promoted to the rank of rear admiral during a ceremony at the Navy Memorial in Washington, D.C., Oct. 10.

Nguyen, 60, will serve as the Deputy Commander for Cyber Engineering at the Naval Sea Systems Command (NAVSEA) on the Washington Navy Yard. NAVSEA Commander Vice Adm. Tom Moore served as the presiding officer.

“Today we will welcome the first Vietnamese-born U.S. Navy officer to achieve flag rank, and that is a significant event,” Moore said.

Nguyen addressed the audience after being promoted. “It is a great honor to attain the rank of admiral,” Nguyen said. “I am tremendously humbled to become the first Vietnamese American to wear the flag’s rank in the U.S. Navy”.

“The honor actually belongs to the Vietnamese American community, which instilled in us a sense of patriotism, duty, honor, courage and commitment to our adopted country, the United States of America,” he added.

“This is our America. A country built on service, kindness and generosity, opportunity–the freedom to hope and dream. These values are what inspired me to serve. And what a great honor and privilege it is to serve our Navy, to serve our country, to support and defend our Constitution,” Nguyen said.

Nguyen was born in Hue, Vietnam, the son of an armor officer in the Army of the Republic of Vietnam. During the 1968 Tet Offensive, Nguyen’s mother and father, along with his five brothers and sister, were killed by Viet Cong communist guerillas in their family home outside Saigon. Nine-year-old Nguyen was shot in the arm and thigh, with another bullet piercing his skull. He stayed with his mother for two hours, until she bled out and died. Amazingly, Nguyen survived and escaped after dark.


Nguyen was taken in by his uncle, a colonel in the Republic of Vietnam Air Force. In 1975, at age 16, they fled Vietnam, seeking refuge in the United States following the fall of Saigon.

Transported through Guam, U.S. Navy and Marine Corps personnel took care of Nguyen and his family. The U.S. 7th Fleet helped to evacuate thousands of Vietnamese refugees and transport them to safety in Guam. Seeing the U.S. Navy take care of his family would later inspire Nguyen to serve in the Navy.

“I was one of those refugees, apprehensive about an uncertain future, yet feeling extremely grateful that I was here at all,” he recalled. “The images that I remember vividly when I arrived at Camp Asan, Guam, now Asan Beach Park, were of American sailors and Marines toiling in the hot sun, setting up tents and chow hall, distributing water and hot food, helping and caring for the people with dignity and respect.

“I thought to myself how lucky I am to be in a place like America. Those sailors inspired me to later serve in the United States Navy,” Nguyen said.

Later that year, U.S. Air Force Colonel Ed Veiluva and his wife Dorothy sponsored his uncle’s family, allowing them to officially come to the United States as political refugees. Nguyen moved with his uncle’s family to Midwest City, Oklahoma, just outside of Tinker Air Force Base.

“America is the beacon of hope for all of us. There is no other place in the world where a person can go for such opportunity,” Nguyen said.