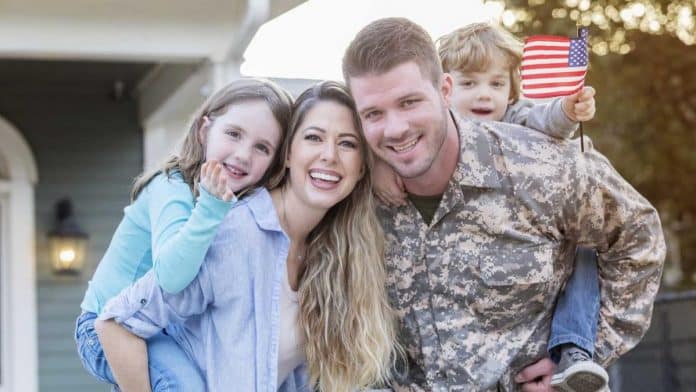 This week, the U.S. House of Representatives is expected to pass the Forced Arbitration Injustice Repeal (FAIR) Act (H.R. 1423) prohibiting forced arbitration for employment, consumer, antitrust and civil rights disputes. Instead of being forced into a system that is rigged to let corporate criminals off the hook, the victims of rip-offs, scams, wage theft, sexual harassment and discrimination would get to choose between going to arbitration or going to court. Passage in the House will mark a historic turning point in the decades-long fight to ensure everyday people have access to the justice system.

The FAIR Act is a huge win for military servicemembers. Predatory schemes involving forced arbitration often specifically target our military, leading to significant financial strain on servicemembers, veterans and their families. Consider what happened to Army National Guard Sergeant Charles Beard, who asked for help making his car payments before deploying to Iraq. His lender offered to postpone the payments for a few months, but required Beard to sign a modified lease with a forced arbitration clause hidden in the fine print. After Beard fell behind on his payments, the lender repossessed the car in violation of the law. Beard brought a class action against the lender with other soldiers, but their claims were thrown out due to a class-action ban in the arbitration clause.

A 2013 study by the U.S. Army Reserve found that financial stressors just like what Beard went through are a leading cause of suicide among servicemembers. The effects of forced arbitration are so pernicious that even the U.S. Department of Defense has come out against it. The FAIR Act would protect servicemembers, veterans and their families from corporate abuses.

Make no mistake: The FAIR Act is NOT a messaging bill and has a serious chance of becoming law within the next five years. That’s because forced arbitration has drawn the ire of leaders on the right – most famously former Fox News anchor Gretchen Carlson. U.S. Rep. Matt Gaetz (R-Fla.) is co-sponsoring the House bill, and in April, the Republican-controlled U.S. Senate Judiciary Committee held a hearing critical of forced arbitration.

Overall 84% of voters want to stop forcing consumers and workers into arbitration, and surprisingly, more Republicans back this than Democrats (87% vs. 83%). With 34 co-sponsors and growing in the Senate – including Richard Blumenthal (D-Conn.), Elizabeth Warren (D-Mass.), Bernie Sanders (I-Vt.), Kamala Harris (D-Calif.), Cory Booker (D-N.J.), Amy Klobuchar (D-Minn.), Tim Kaine (D-Va.), Jacky Rosen (D-Nev.) and Bob Casey (D-Penn.) – the FAIR Act will remain near the top of Congress’ agenda until it becomes law.

When the House passes the FAIR Act, please tell your readers why it’s a win for servicemembers, veterans and their families.

A Rigged, Secretive System. In private arbitration, there is no judge or jury, and the right to appeal is severely limited. Arbitrators do not have to follow the law or precedent. The arbitrator has an incentive to keep the company happy since it is a repeat customer. And proceedings take place behind a veil of secrecy – ensuring that regulators, civil society watchdogs, the media and the public never learn about corporate crimes or widespread harm. Shockingly, individual consumers seeking relief in arbitration win just 9% of the time . In arbitrations against financial companies, consumers end up paying the company $7,725 on average.

Most people don’t realize when they will be forced into this rigged system because the clauses preemptively denying access to the courts are hidden in the fine print of employment, cell phone, credit card, retirement account, home building and nursing home contracts. People find out when they fall victim to a corporate scam or rip-off, wage theft, sexual harassment or discrimination, but by then it’s too late.


Injustice That’s Inescapable. Over the past decade, forced arbitration clauses quietly and insidiously have gone from being the exception to the rule, and now they’re almost impossible to avoid. Public Citizen recently compiled a wall of shame showing that more than 100 major companies now use these clauses to deny justice to customers and workers. Most are household names. The reason so many companies insist on using forced arbitration instead of the court system is simple: It grants corporations blanket immunity from wrongdoing. If you could wave a magic wand and resolve your disputes in a rigged system that nearly always decides in your favor, you’d do it, too.

Even by the most conservative estimates, the raw number of forced arbitration agreements in effect in the U.S. is at least 2.5 times the population, and the overwhelming majority of these agreements waive a person’s right to band together in a class action. More than 60 million workers are denied access to the courts by these clauses, and more than 60% of e-commerce sales are covered by broad forced arbitration agreements. If nothing is done, by 2024 more than 80% of private-sector, nonunion workers will be blocked from holding their employers accountable in court.

Every person should get to choose between going to arbitration or going to court, and the FAIR Act makes that a reality.