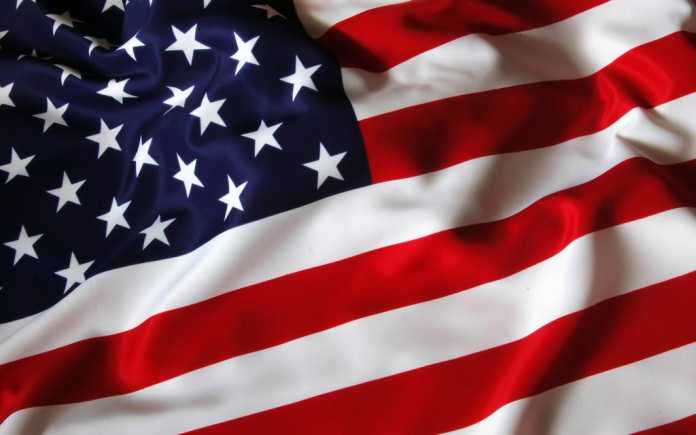 Coup d’état by way of an ‘Pseudo Impeachment’

When the legacy of the doomed American Republic is compiled, the treason of the Deep State will be known as an imperial operative against the citizens of what was once a great nation. The latest desperate betrayal by the Democrat Congress to proclaim separate committee investigations into accusations against President Trump is no formal impeachment. Without a vote by the entire House, the hype is pure political street theater.

Notwithstanding, with Pelosi’s compliance with the demented progressive squad, the virtual silence in the defense of Trump by the RINO Republicans is so deafening that you would not know that there is any difference among careerist politicians. Add into the mix the bureaucrats, technocrats and the revolving door opportunists, has a net result of globalists traitors serving the commands of the Shadow Corporatist dictates.

The Pravda media propaganda that feeds the lies and paints a false narrative has deceived millions of ignorant and unsophisticated dupes who do not have a clue about the nature of the concerted coup against President Trump. A prime example comes in the account, Who Will Reign Supreme at WarnerMedia? – which reports that CNN President Jeff Zucker is in the running for the position. Imagine giving more control for censorship and promotion of prevarications to a subversive hack.


Now the most egregious fabrication from Rep. Adam Schiff demands public outrage for his self-proclaimed parody of Trump’s phone conversation with Ukraine President Volodymyr Zelensky. Only the protection of statements made within the House of Representatives shields Schiff from a libel suit. But what can be expected from a Harvard trained shyster with a record of promising proof of Trump crimes, who never provides any evidence?

If people ignore the significance of supporting a government of systemic tyrants, how can a true populist renaissance emerge from the ashes of the progressive coup d’état? Not worried yet? Consider the impact from Nancy Pelosi Has Been ‘Grooming’ Adam Schiff as Possible Successor. Lost in the rush to dirty up Trump before the 2020 Presidential Election is that exploited “basket of deplorable” are even more disgusted with the subversive Congress in both parties. Only the apparatchik cultural Kool-Aid drinkers buy into the nonsense that Trump is guilty of all the crimes committed under the Obama regime.

Only the GOP Senate poses any real risk for President Trump. The never-Trump spies and spooks serve the establishment elites. Their loyalty is towards the criminal system of authoritarian power. Ganging up against a beltway outsider who threatens the very existence of the corrupt political syndicate is the common bond that binds the phony justice bureaucracies into a protection racket for themselves and friends.

The predominance of defenders for the collective cabal waste their time and energy on Trump attacks because they will never be allowed to become part of the inner circle of power brokers. Engineering a sham putsch without the overwhelming support of the populace will just initiate a counter revolt from all the sincere advocates that continue to back President Trump.

What is at stake is not merely the Trump Presidency, but on a fundamental level whether LIBERTY can survive in our sovereign society. Any astute observer will conclude that the Loony Left is actually totalitarian. Replacing Donald J. Trump with Vice President Mike Pence is not exactly a victory for the moronic hit parade of fanatical extremists. Nonetheless, in this clown world that performs their comedy act, the only punch line in the script is: Are You Serious?

The DC Swamp will stop at nothing to impose their New World Order. In order to achieve this objective the American Republic must be dismantled and the rule of law needs to eliminate Bill of Right guarantees. The destruction of the Constitution is a small sacrifice for the betrayers of the America First traditions. So too, the Joe Biden dirty laundry makes him a casualty in this last man standing in the succession selection.

Those who favor Elizabeth Warren’s socialism will be rudely disappointed when the Wall Street faction chimes in with their influence to keep corporatist control over the government. Don’t be surprised when the resurrection of the Clinton clan surfaces as the saving candidate from the radical progressive madness.

Who in their right mind would want to give Hillary another opportunity to destroy our country? This factor alone should be enough to defeat any attempt to impeach Trump. Sadly, for some; and especially the robotic mob of hatful clones, who step in line with every disingenuous fake news narrative, facts, and the truth do not matter.

The real seditious enemies of our nation are those who cheer for the removal of President Trump from office. Government by Coup is their idea of ‘social justice’ when they cannot win at the ballot box. Even with the long record of rigging elections, the Maoist Democrats are unable to sell their toxic pipedreams, which always fail and turn into nightmares.

The United States is in the last stage of its experiment in self-government. It has never been a perfect country but what separated our system from all others is that the constitution provided a Bill of Rights legal protection based in common law and inalienable individual natural rights. The Deep State is that part of the establishment which punishes any person, movement or cause that threatens the ruling elites.

There has never been a Donald J. Trump, who has confronted the police state and its premier War Party institution the State Department, in a way that has awoken so many ordinary citizens. It is for this reason that the entire NWO globalist toadies and minions have focused on bringing down Trump.

Yes, this assault on our God-given rights is the genuine existential enemy to a righteous nation. Only a dedicated and inspired rebellion against those who want to destroy the rule of law by a coup d’état to disenfranchise the constitutional Electoral College goes to the very legitimacy of our society. This is a bona fide civil war which is actually the Second American Revolution and choosing sides is the imperative duty of our times.

Editorial on the Global Gulag archives