I’d been walking the floors of the burn unit at Brooke Army Medical Center (B.A.M.C.) since 1998. At the onset of the war, things truly heated up.  I no longer had the time to visit with each patient and their families; there were far too many.

I was the only volunteer actively visiting patients and I was also heading up a nonprofit for burn survivors, the Moonlight Fund, that consumed much of my time. With so many new burn survivors entering the fold due to the war, I was frantically working to raise the funds to meet the mounting needs of so many wounded military members and also continue to care for civilians who had suffered burn injuries. 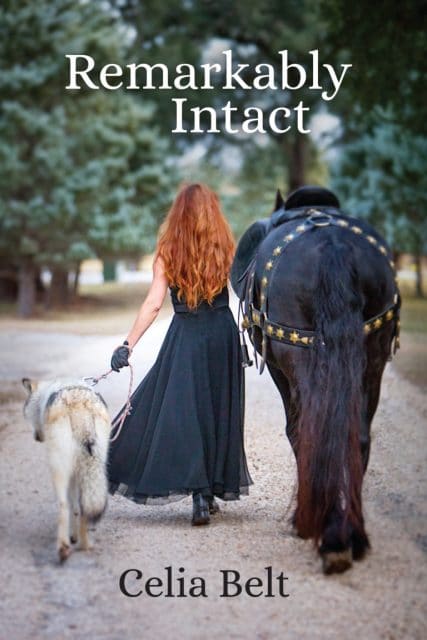 It was obvious to me that I was not the only one who went above and beyond on the burn unit. I became acutely aware of the many surgeons, PAs, caseworkers, and nurses who were going the extra mile to offer some form of comfort to these wounded military members who seemed to be arriving by the day in increasing numbers. I took special note of one of the nurses, Sgt. Clayton Coomes.

I often noticed that he spent time behind closed doors with his wounded brothers, and I often noticed him working beyond his designated hours. I also took note that several of the patients on the burn unit would inquire as to when Clayton would be returning to work and were anxious for his return.

It was more than obvious that Clayton had become a “Hero to our wounded Heroes,” and it touched my heart to see another human being giving so much of himself under such stressful and difficult work conditions. I admired Clayton. He embodied the true spirit of a dedicated Soldier.

It would be years later that I would learn why he was working on the burn unit. In 2004, he received the devastating news that he had been diagnosed with Hodgkin’s Lymphoma, stage 4, while on duty in Fort Polk. A move to San Antonio for treatment would be needed. His wife, Bethany, also a former military member, and one-year-old son, Ezra, would soon follow. Once in San Antonio, Clayton expressed an interest in continuing to work and remain on duty, regardless of undergoing treatment.

He requested work on the burn unit at B.A.M.C. and once well enough, he got his wish and became a burn-unit nurse. Not an easy job for even the most seasoned of nurses, yet, as I know after nearly twenty-two years of working with burn-unit personal, burn unit nurses are a special breed and not all nurses are cut out for the task. Clayton worked on the unit during some of the darkest years of the war, 2005- 2011.

There were many “big burns” as we call them, and many did not survive. The small number that did, went on to some notoriety; Bobby Henline, Shilo Harris, and J. R. Martinez are a few who not only survived—they thrived. I have no doubt that having been cared for by nurses like Clayton made a difference in the lives of these wounded warriors and many others. 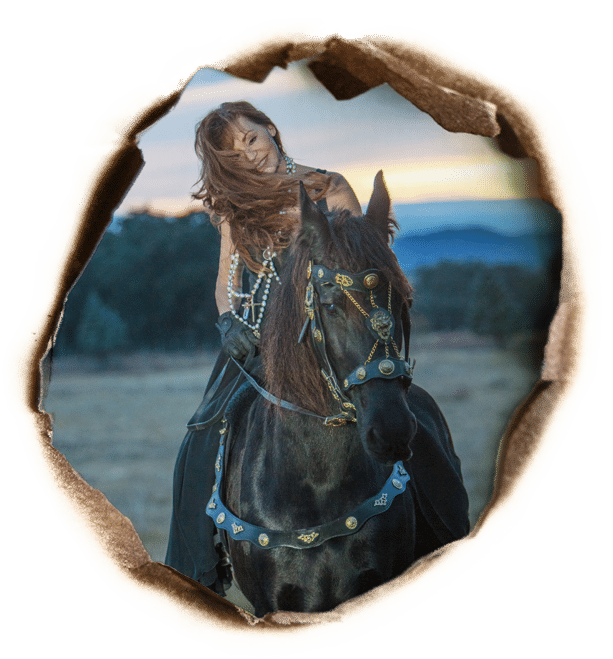 When Work Pays a Home Visit

It was a lovely day in May, 2016; I was finishing up a grant for the Moonlight Fund and planning to ride my horses later in the day. Nothing was amiss, all was on track, and I felt good about life and the direction my nonprofit was heading. My phone rang, on the other end was wounded veteran Joe Lopez.

Joe was treated for external burns and inhalation burns incurred in combat in 2008 up on the unit. We’d kept in touch, he’d attended several Moonlight Fund retreats, and I know Joe well enough to know his voice and when something was not right. He was nearly frantic, trying to get the words out.

Finally he did, and he said, “We must help Clayton.”  For a moment I could not figure out who Clayton was, but then Joe said it: ”Clayton, burn-unit nurse. . . .  His daughter has been badly burned, she is up at University Hospital.” The realization was like a knife to my heart, and I listened as he went on to say that “we have to help.”  I assured him we would, I would, the Moonlight would. We are like one big family, and Clayton and his family were about to enter into ours, in the most painful of ways.

I contacted Clayton via Facebook, offering my friendship and any help the Moonlight Fund could provide. I soon learned that his seven-year-old daughter, Stella, had third-degree burns on 27% of her body; her older brother had been experimenting with flammables. Her six-year-old sister, Darla, was also slightly burned, her lashes and hair singed.

The entire horrific event played out in front of the three of them and their mother, who quickly went into action, attempting to put out the flames by dropping her to the ground. When that did not work, she attempted to use water. Once the flames were out, Bethany removed Stella’s clothing and to her horror, her skin came off with it. 911 was called, and as ambulances and paramedics arrived, Bethany pleaded with them to take her daughter to B.A.M.C., explaining her husband was a former burn-unit nurse and the facilities were so highly rated. What Bethany did not realize was that since the war, B.A.M.C. had stopped treating children and University Hospital would be the destination.

Clayton, now working on another unit at B.A.M.C., received the call at work, yet, his first response was: Is she yelling?”  He was happy to hear that she was.  This was an indication that she probably had not sustained bad inhalation burns. He had to wait what seemed like an agonizingly long time before he knew where she was being transported. Clayton being a burn-unit nurse himself, we can only imagine the images that rolled through his mind in that long half-hour before he knew her destination.

Stella spent nearly three weeks in the hospital and underwent several skin grafts. In addition to her skin having been burned, she did have some inhalation burns; this has affected her voice somewhat  It is a reminder of the day in May, when the sun was shining, and all was good . . . until that one fateful moment.

Clayton and Bethany rotated their time on the burn unit; when they did get the chance to go home for some rest, they were met with the smell of burned hair and flesh in their home and back porch area. No amount of cleaning seemed sufficient to remove that odor, a constant reminder of the horror they had all just lived through and the pain their family was currently suffering.

During this time a plan had already been put in place for a move to a new home for the family; there was no way to postpone the move. Military members close to the family during their time in Fort Polk drove to San Antonio, packed up all their contents, and moved them into their new home. When you hear that Soldiers are “brothers,” this is just one example of that brotherhood. It’s a bond that runs deep.

A couple months after the accident, I invited the family out to my ranch. Stella was still wearing her compression garments: a soft blue color with a horse applique. Little Darla was shy and quiet; the older brother, Ezra, a bit more outgoing.

Clayton and I shared a few old stories about the burn unit and Bethany, the mother who watched her three children go through such devastation and had spent the last two months nursing two of them back to health. Bethany had become a shell, a woman who had witnessed one of her children nearly die.

It’s not an easy thing to shake off and in her eyes you could still see that day. I knew this family needed the resources and help of the Moonlight Fund, yet, I also know it is not always easy to encourage people to accept the help they need. As our visit progressed, I entertained the children with the horses and my donkey, and I encouraged them to attend our next retreat and to please stay in touch.

The family attended out next retreat, and I was amazed at the quick healing Stella showed. The combination of a burn-unit nurse father and a mother that feeds her children an organic diet had produced the most accelerated healing I’d ever seen. I was so happy for her. I know what it’s like to grow up burned, I was burned at twenty-one months of age. I certainly did not heal like Stella, and my heart leapt with joy to see how well she looked, and she continues to heal.

In fact, many areas are so faint you can barely tell she was burned. Within the first day of the retreat, Clayton and Bethany began to fit right in to our Moonlight Fund family. Clayton had cared for many of the attendees up on the burn unit, so, once again, the Hero to our Heroes was reunited with those who sought his care and visits. Bethany found it easy to bond with mothers and wives who had gone through similar circumstances, and soon she was sharing her story and laughing among fellow attendees. To this day they are a big part of the Moonlight Fund Family.

As time went by, it became obvious that the events of that May day were still having an effect on all members of the Coomes family. Although Clayton had beat Stage-four cancer, retired from the military, having served during the dark days of the war, this would be his biggest challenge: mending his family.

He would now have to become a different type of hero, and that’s not easy to do when it’s the people you love who need a Hero. Moonlight Fund offered to help pay for counseling when it was discovered that their military-based insurance had increased their deductible. They have a long road ahead.

Their son Ezra, lives with guilt, that of burning his sister, which most of us could never wrap our heads around. Yet, they are a family bound by love and determination to mend; they are also military-strong. Many families that experience tragic events such as these simply don’t make it. In this case, it takes a village, not only the monetary support of the Moonlight Fund, but also the friends they have met through the Fund; they remain in steadfast support and stand willing to help.

Many of them are former military members themselves. Moonlight Fund is much like a family, and isn’t that what families do? Care for one another, during the bright days and the darkest of days.

Celia Belt, a burn survivor, is the founder of the award-winning Moonlight Fund Inc., a non-profit organization that provides financial and emotional assistance to burn survivors and their families.  She is the author of Remarkably Intact: Angels Are No Strangers to Chains (Broer Books, paper, $18.95), which is the Winner of the 2019 IndieReader Discovery Award for Best Biography.