In honor of this year’s 75th anniversary of the Allied invasion of Normandy, Turner Classic Movies (TCM) will air 24 hours of World War II films every Thursday in June. Never Surrender: WWII in the Movies begins on June 6, the 75th anniversary of D-Day itself. Primetime programming will include introductions from Ben Mankiewicz joined by an expert co-host each week, shot on location at the National World War II Museum in New Orleans, LA.

“For us, this is a spotlight unlike any other. Whereas our focus is typically on the movies – we’re not Turner Classic Movies by accident – in this case we have an opportunity to have these World War II pictures curated by some of the top World War II historians in the world,” said TCM Primetime Host Ben Mankiewicz.

“During this process, I learned quickly that my best move was to ask a thoughtful question and then get out of the way. And when you experience Seth Paridon, a staff historian at the National World War II Museum, setting the stage for Sands of Iwo Jima by taking us through precisely what U.S. Marines faced during the landings at Tarawa and Iwo Jima, you’ll understand what I mean.

All of our experts added uncommon depth and context to these movies. I was lucky to be a part of it – and now, so are all of you.”

TCM’s primetime look at WWII In The Movies will include:

* June 6: On the 75th anniversary of D-Day, Ben Mankiewicz is joined by Rob Citino, Executive Director of the Institute for the Study of War and Democracy and Senior Historian for The National WWII Museum, to discuss the War in Europe, with films including The Longest Day (1962) and Overlord (1975), which both take place on June 6, 1944

* June 13: Ben Mankiewicz is joined by Seth Paridon, staff historian at The National WWII Museum, to discuss the War in the Pacific, featuring Sands of Iwo Jima (1950) and Tora! Tora! Tora! (1970) set in the Pacific theatres of WWII

* June 20: Ben Mankiewicz and Seth Paridon take a look Behind Enemy Lines, featuring The Great Escape (1963) and Bridge on the River Kwai (1957) that tell the stories of prisoners of war during World War II


* June 27: Ben Mankiewicz and Lynne Olson, New York Times bestselling author of seven history books, dive into Biopics, featuring To Hell and Back (1955), in which Audie Murphy plays himself in the tale of how he became the most decorated U.S. soldier of WWII, and The Story of GI Joe (1945), depicting war correspondent Ernie Pyle

For more information including a complete schedule and film information, please visit tcm.com/wwii

Turner Classic Movies (TCM) is a two-time Peabody Award-winning network that presents great films, uncut and commercial-free, from the largest film libraries in the world highlighting the entire spectrum of film history. TCM features the insights from Primetime host Ben Mankiewicz along with hosts Alicia Malone, Dave Karger and Eddie Muller, plus interviews with a wide range of special guests and serves as the ultimate movie lover destination. Currently in its 25th year as a leading authority in classic film, TCM offers critically acclaimed series like The Essentials, along with annual programming events like 31 Days of Oscar® in February and Summer Under the Stars in August. TCM also directly connects with movie fans through events as the annual TCM Classic Film Festival in Hollywood, the TCM Big Screen Classics series in partnership with Fathom Events, as well as through the TCM Classic Film Tour in New York City and Los Angeles. In addition, TCM produces a wide range of media about classic film, including books and DVDs, and hosts a wealth of material online at tcm.com and through the Watch TCM mobile app. 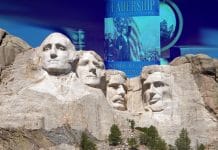