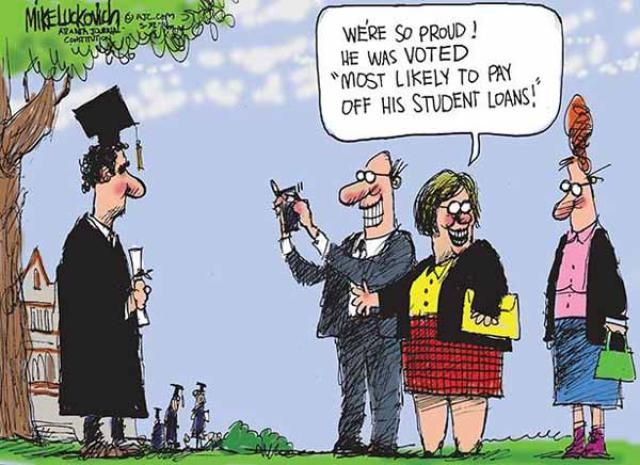 The Pacific Institute and its Education Initiative proclaims that Millennials are the most educated generation. The observation provided for this group of sheltered offspring departs from previous eras.

“Millennials were raised by extremely attentive parents and given tons of praise leading them to be very confident, even if their confidence is somewhat unwarranted. They are a highly optimistic generation and err on the side of social consciousness, justice and corporate responsibility. They are more liberal than previous generations and have a greater need for social justice. And while they enjoy money and what it can do, they are not as driven to accumulate it as much as previous generations. They work to earn enough to do the things they need to do. They have a greater need to have life experiences rather than to accumulate material wealth, even though they do like to acquire things that will help them to enjoy those experiences.”

This assessment illustrates the harebrained notion that absorbing the progressive cultural tenants, that are core elements of graduating from today’s college, is essential to becoming educated. The monstrous absence in an actual history curriculum, taught in U.S. institutions of higher learning, has allowed a substitution of storylines void in factual reality.

Didactical indoctrination has replaced the Socratic method of critical thinking. Emotional immaturity has now become a prerequisite for completion of a social warrior matriculation. Commencement exercises are granted to indebted whiners, who demand forgiveness of their college costs as some fantasy rite of passage.

The “so called” confidence that parents and elementary government schools supposedly promote is much closer to encourage self-aggrandize entitlement than understanding exactly what is realistic to improve the social condition of society.


Robin Kinderman wrote in The New American the essay, Useless College Majors, notes “classes such as “Zombies in Popular Culture” (Columbia), “How Does It Feel to Dance?” (Oberlin), and “The Joy of Garbage” (Berkeley).”

“The first American colleges (Harvard, Princeton, Yale, etc.) were founded by Protestant groups in the 1600s. Their purpose was to pursue Truth. Their pupils studied ancient languages, ethics, logic, mathematics, and rhetoric (how to argue in an intelligent fashion). They produced lawyers, doctors, and teachers. Fast forward 200 years: Colleges were popping up all over the nation, with several accepting women and African-Americans. America grew by leaps and bounds, and the Industrial Revolution was in full swing. To meet new demands, colleges began expanding their curricula to cater to the growing middle class. They began producing factory managers, entrepreneurs, accountants, businessmen — people to run America. Colleges of the time offered a social mobility that was unheard of anywhere else in the world, and were a major part of what made the United States a world power.”

Much has been documented on the demise of classic liberal arts education in recent decades. The replacement of a progressive statist curriculum is distinctly reflected in the anti-intellectualism that has become the hallmark of educational institutionalism. Argumentative debate based upon facts and empirical evidence is now taboo in the classroom of the clown clone culture. Scrutiny of varied viewpoints, founded on the canons of free speech and respect for proven principles and positions of traditional edification, no longer has a place in the citadels of intolerant academia.

The globalists deem that western civilization is an obstacle to their objective of population control. This perspective is a dramatic departure from the Greek birthplace of populist society. Note the example cited by Jetlag Jerry which describes the Ancient Athenian Agora (marketplace). “This wasn’t any ordinary shopping mall. Shopping was done, but the exchange of ideas is what made this location so important to Western democracy. Important meetings were held here, and votes took place to elect officials. Most importantly, Socrates and Plato debated citizens in the streets of the Agora. Long after they died, their ideas still reverberated.”

Millennials have no foundation of permanent moral values and principles. The consequence of abandoning God has left an emptiness that personal political correctness cannot ever replace. The social relativism they operate under ignores or even rejects the process of rational thought, which they falsely claim as justification to direct their own authoritarianism against anyone who challenges them and their worldview.

As the society becomes more absurd with each passing day; college administrators, professors and alumni boosters oversee the College Education Economics, which have become so distorted. Additional facts that explain the Gap Between College Costs and Inflation contributes to the dramatic indebtedness in student loans that millennials borrowed to finance their useless studies and sophistic indoctrination.

The raw rebellion of youth is natural. What separates this episode of radicalism is that millennials have never been taught nor do they possess the skills of critical reasoning. When the latest generation of self-absorbed totalitarians deem to remove the 21th century of the Agora (marketplace) social media, the net result becomes the residue of deficient and failed scholars in search of paying for their pathetic and overpriced degrees.

As the Merriam-Webster definition of pedigrees lists the origin and the history of something – Democracy’s pedigree stretches back to ancient Greece. The proudly self-proclaimed social justice commandos want to view the world as an egalitarian paradise. How ironic that their zeal for glory uses the tactics of silencing Grecian philosophical heritage to impose the specious doctrines of materialism and collectivism.

The path of this pedigree, ends in governmental despotism. Millennial college graduates fail to recognize this danger. The simple and clarion mind-set is that the recent crop of eggheads believe that in a short timeframe, they will be in control of not just the culture but of the state technocracy itself.

There is no outcry coming from millennials against banning conservative thought. Voting for expanded and increased public programs may be the only class they passed en masse during college. Facing the blunt shock and severe pain of a national bankruptcy is inconceivable to this sheltered group of pampered and privileged prodigy. The final outcome and ruin coming to these enfeeble mental midgets is an explicit result of their deficient education. 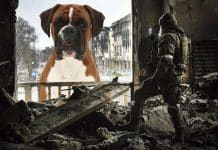 As Ukraine Conditions Worsen for The Animals, Paws of War Ramps up Efforts to Save Animals Left Behind