Long since the country entered the 20th Century, the United States accelerated into a self- revulsion towards the institutions, heritage and cultural mores that founded the original Republic. Gradually this abhorrence intensified and grew over the years as the elites of the eras feared the prosperity of the common man and the apparatchiks sought to attain dominant political power.

In both cases, the use of language to either praise or condemn the country developed into a religious experience or a cult status. When a belief in a spiritual creed is replaced with a secular ideology, the fear of righteous retribution wanes. Thus, hating a selective history of our country becomes a voyage to purge any accounts that conflict with the new age social order that the Utopians profess.

Therefore, when the research is analyzed the stats are compelling as reported in WHY DO DEMOCRATS HATE AMERICA?

Gallup headlines the fact that only 47% now say they are “extremely proud” to be an American, the lowest total ever recorded. But the partisan divide is stark and, as you can see in this graph, it is getting worse:

The contrast is even greater when liberals are compared with conservatives. Sixty-five percent of conservatives say they are extremely proud to be Americans, almost three times the 23% of liberals who say the same.”

In its most basic version, the collectivist left wants to change, if not totally eliminate the constitutional restraints that the founders established. In a society so obsessed with a negative characterization of Donald Trump, Pete Vanderzwet offers a provocative viewpoint in the essay, A Love of Hate: The Addiction of the New American Left.

“Simplification and eagerness to be outraged are enjoyed and have in large part become the hallmark of the current American left.  There is a scientific neurological reason behind the propensity in politics to emotionally simplify the position of your opposition – or, in President Trump’s case, dehumanize him entirely as a symbol of what you fantasize about fighting.


In a study published by Neuroreport in 2010, Rajendra D. Badgaiyan from the Department of Psychiatry at the University of Buffalo found evidence that “dopamine is released during processing of negative emotions.”  How symptomatic is the current level of discourse in American politics, and the outrage culture on the left in particular, of a dopamine addiction fueled by the experience of negative emotions such as anger and excited outrage?

Further, how actively is this outrage sought when presented with a drought of cherished anger?  How willing is one with such an addiction to fabricate or manipulate statements and events to generate conditions wherein that satisfaction may be found?”

The enthusiasm with the Bernie Sanders primary challenge in 2016 demonstrated the extent of the enmity of inexperienced and wide-eyed dreamers who are so naive that they thought that the Clinton crime syndicate would allow a takeover of the Democratic Party by non elite renegades. Even more ridicules, is the current rage which postulates that the new queen of the latest dumb down generation can convert America to a bastion of progressive paradise.

“Ocasio-Cortez’s socialist message is not an incidental part of a larger demographic story. And her socialism shouldn’t be treated as a virus opportunistically riding the vector of her Latina form. Socialism is inextricable from Ocasio-Cortez’s success because it’s the secret behind her ability to do what the Democratic Party has long failed to do — articulate a holistic progressive vision for America.”

Contrast this pie in the sky aspiration with the National Review article, The Unserious Face of an Unserious Movement.

“Given the extent of our polarization, it would be premature to assume that Ocasio-Cortez will suffer consequences for her ignorance. Criticize her and you will be met upon the instant with a barrage of righteous indignation. “Er,” her apologists immediately retort, “have you seen the guy in the White House? He’s not exactly Thomas Jefferson.” Which, of course, is not actually a defense of Alexandria Ocasio-Cortez — what, on that logic might her slogan be? “I’m ignorant, too, but I’m younger”? — but is certainly a preview of the post-rationalizations that she will come to count on from her fans. “They all lie”; “They are all stupid”; “They’re just saying that because she’s a woman”; “Well, she’s better than the alternative”; ”Here is what she was trying to say” — these are the sentiments that lead us to embrace mediocrity or worse. Sure, she’s a fool. But she’s not Donald Trump, and thus . . .”

And here is the rub. President Trump must be so bad that his Republican Party still harbors their never Trump subversion. All this proves is that RINO’s are just as corrupt as their Democrat counterparts.

Hating America is a bipartisan prerequisite that the power elite shares with the wannabees, who preach the “so called” virtues of Democracy, while practicing the skills of attaining influence and dominance over the people who they falsely claim supporting.

Attacks on any proponents that defend the principles of the original Federalism of a weak central government and sovereign independent states are targets of disdain and ridicule because so many states reject the progressive fantasies that have engulfed the brainwashing of the public, especially in metropolitan environments.

Cortez is an idiot and her followers are doomed to a life of subjugation to a tyrant. Libtards scorn is based upon a lack of respect for individual liberty. The downward decent into a bottomless pit of lunacy is synonymous with the aspirations of extreme progressives. Such enlightened “true believers” are dopamine junkies, who lack the ability for rational reflection and creative thought.

Our nation cannot survive when this mindset becomes the prevailing culture. The leftists have already embarked upon a civil war against traditional America. All faithful citizens need to engage in this struggle. 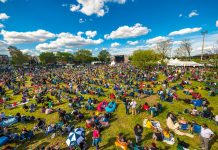 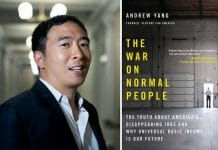 Andrew Yang: Why Universal Basic Income Is Our Future