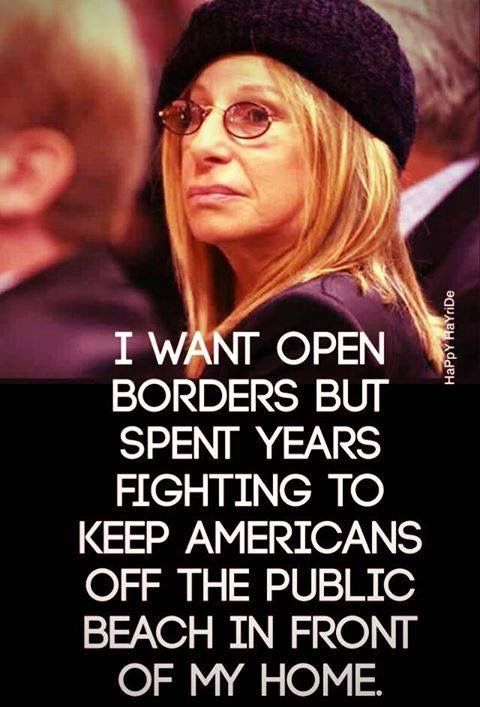 The nihilists that have debased our popular culture are composed of leftist hypocrite’s hell bent on destroying our country. Hollywood weird is one of the most perverted lineage examples of tribal interlopers who produced the entertainment industry. No one should be surprised when the privileged rapists of our civilization become the loudest exponents of open borders. While they reside in gated citadels they depend on their feudal serfs to do the manual labor and chores to maintain the fantasy land existence in their virtual reality castles.

Imposing the purity of progressive intolerance upon the deplorables is written into film screenplays, TV series and music videos. The guardians for a utopian sanctuary society have no room to mix with family oriented producing citizens. The goal for the beautiful people is to eradicate the middle class and open the flood dikes to gate-crashers so that the tech obsessed and media elites can strip the nation of its independence and self-determination.

Open Borders has the consequence of creating a great divide. This cavern is not natural but is based upon a conscious objective to destroy the country of our founding. The demented haters who spout a false and fake beneficence for “we are the world” while trashing their own countrymen is appalling. Their goal of turning America into a third world ghetto is so obvious that just mentioning it will get the forces of censorship to attack any defender of historic heritage.

During the Obama era the Liberal Nihilism in a Nutshell ramped up.

“The goal of mass migration, open borders, and an expansion of the welfare state was to create new voters, who would be both dependent on those who administered and promised greater government largess and yet enraged at those privileged enough to pay for it. The message was embedded within the non-ending administration disparagement (“spread the wealth,” “you didn’t build that,” “no time to profit,” “punish our enemies,” “nation of cowards,” “my people”) and presidential incitement in the Ferguson and Travyon Martin cases.

Otherwise, there is no Democratic agenda per se that is workable. Progressivism has become as nihilistic as Occupy Wall Street, Black Lives Matter, and the cry-bully movement on campuses—all liberal children that devoured their parents while winning zero support among the populace.”

Now with the election of President Trump and his serious effort to secure the borders, the mentally disturbed fanatics have waged open civil war against traditional values, constitutional law and heartland responsible communities. Utopia for the social banditry culture deems it is entirely acceptable to act out rules for radicals because they are superior to the patriotic producers, who reject the extremism of a dreadful progressive society.

In a most perverse way the unhinged leftists are promoting the authoritarian sentiments of that sanctified Great Emancipator, Abraham Lincoln. In his House Divided Speech


“A house divided against itself cannot stand.”

It will become all one thing or all the other.”

Lincoln was never the savior of the Nation, but he was the destroyer of the Republic. Likewise the mentally deranged and self-proclaimed altruistic humanitarians have initiated a real civil war against the country. Dishonest Abe’s goal was to force a centralized federal compliance upon all states and subjects of the imperial monster by blue belly carpetbaggers.

The enlightened Jacobins want to take their bloodshed to another level. They see the elimination of all those reactionaries who stand for a constitutional authority of limited government and maximum personal liberty. This is utopia for the insufferable fellow travelers.

Opening the borders to unschooled cultures that are clueless about the nature of American principles and heritage is a clear transgression and pure treason. With the lack of will to repel an inexhaustible flow of infiltrators, the Never-Trumpers embrace the Saul Alinsky ideology while few ever adopt one of those homeless and caged crying kids.

The lack of mental aptitude and the honesty to reject the absurd justification for national suicide is the hallmark of a failed society. On this point Lincoln was correct; A house divided against itself cannot stand. Yet this country is no longer a house, it is a ghetto of foreigners with little desire to assimilate into a long-established union of personal responsibility. The Open Borders Manifesto illustrates the nihilistic delusion of the wing nuts who seek to abolish the Nation-State.

“Freedom of movement is a basic liberty that governments should respect and protect unless justified by extenuating circumstances. This extends to movement across international boundaries.

International law and many domestic laws already recognize the right of any individual to leave his or her country. This right may only be circumscribed in extreme circumstances, where threats to public safety or order are imminent.

We believe international and domestic law should similarly extend such protections to individuals seeking to enter another country. Although there may be times when governments should treat foreign nationals differently from domestic citizens, freedom of movement and residence are fundamental rights that should only be circumscribed when the situation absolutely warrants.”

Folks, countries are formed having defined borders to protect the citizens of a particular social culture or ethnic groups that are willing adhere to a political system they deem beneficial to their well-being.

The libtard crazies have no respect for their countrymen. They lavish non- existent rights upon barbarians like MS-13 while physically attacking Patriotic citizens for opposing their vision of a Soros Open Society. If this is their vision of over the rainbow, give me Dorothy’s version. The pejorative Left is at warfare with the majority. The Deep State will not hesitate to mimic Sherman’s March to the Sea from the Pacific to the Atlantic. They will never be satisfied to allow Lincoln’s House to separate peacefully. Do not be fooled; Open Border proponents are un-American.