Understanding the reasons why mainstream political accounts express such a disconnect from facts, evidence and believability is compounded by the techniques of programmed reporting often absent of human judgment and ethics.

The foremost propaganda rag for deceit,  disinformation and indoctrination, The Washington Post, is dedicated to mind control and does not even attempt to mask their publication as objective journalism. Utopia for Jeff Bezos, strives to perfect the synthetic technological revolution that inserts AI as the future of mankind. Joe Keohane in WIRED presents What News-Writing Bots Mean for the Future of Journalism.

“Strategists at the Post saw the potential for an AI system that could generate explanatory, insightful articles. What’s more, they wanted a system that could foster “a seamless interaction” between human and machine, says Jeremy Gilbert, who joined the Post as director of strategic initiatives in 2014. “What we were interested in doing is looking at whether we can evolve stories over time,” he says.

After a few months of development, Heliograf debuted last year. An early version auto­published stories on the Rio Olympics; a more advanced version, with a stronger editorial voice, was soon introduced to cover the election. It works like this: Editors create narrative templates for the stories, including key phrases that account for a variety of potential outcomes (from “Republicans retained control of the House” to “Democrats regained control of the House”), and then they hook Heliograf up to any source of structured data—in the case of the election, the data clearinghouse VoteSmart.org.

The Heliograf software identifies the relevant data, matches it with the corresponding phrases in the template, merges them, and then publishes different versions across different platforms. The system can also alert reporters via Slack of any anomalies it finds in the data—for instance, wider margins than predicted—so they can investigate. “It’s just one more way to get a tip” on a potential scoop, Gilbert says.”

Using AI is a short leap from relying on the integrity and insightful wisdom of a seasoned professional and replace a restrictive filter to censor out any information that conflicts or departs from the official narrative. In this brave new journalism there is no place for a Seymour Hersh and certainly no account of a future My Lai Massacre could pass the algorithms.

Bernard Marr from Forbes writes in Another Example Of How Artificial Intelligence Will Transform News And Journalism.

The technology relies on natural language generation (NLG), a cornerstone of much of the progress which has been made in recent years thanks to artificial intelligence and automation. The principle is that humans and computers can work together much more effectively if we all speak the same language. And teaching ultra-fast, infallible machines to understand and communicate in our own human languages is more efficient than teaching slow, fallible humans to communicate with computers in their language (for example, by learning computer code).

It’s the technology behind iPhone’s Siri and Amazon’s Alexa as well as “chatbots” which are increasingly taking on customer service roles. Only here instead of answering questions their job is to write news stories based on the data it is fed.”

Well, this method for specialization sounds nice at first glance; however, anyone who spends their lives talking to machines surely shows signs of lacking independent thought. Providing the details for contact info or a product review is simply not on a par level of reflection with the wealth of historic knowledge upon which an entire civilization is based .

PR News, a trade journal features a list of changes may influence how media relations professionals do their jobs. Ephraim Cohen discusses in What AI in the Newsroom Means for Media Relations Pros reliance on digital tech abstract reporting.

To develop stories, newsrooms feed databases into AI programs that uncover insights. As this use of AI increases, communicators may see journalists shift from looking for thought leadership materials they refer to in articles to databases they can connect to their AI programs. Media, research & analysis and innovations teams can collaborate to develop a tool or database that journalists can connect to via an API (application programming interface). The challenge will be to develop thought leadership databases and tools that will show AI-driven insights that are complementary to the attributed brand.”

Sure appears like pushing bland pavlov for feeding the Canis familiaris who still believe what they read or watch in the corporatist media and respond to their whistle blowing calls. Distorting   what is real is now an entire planetary encounter. What better way than to turn over the storyline to the machines since so few people have the ability to comprehend the meaning behind the script?

The implications for any society who purports to be based upon democratic principles is a topic that is just being scratched. Visar Berisha from the Uppsala of Universitet presents his paper on AI as a Threat to Democracy: Towards an Empirically Grounded Theoryattempts to address this subject.

“The analysis has shown that my initial worry might be justified, at least to some degree. An increase in the sophistication of AI, primarily through machine learning, perfected what the Obama campaign had initiated. Through the use of rich data from social media, online personality tests, consumer datasets, traditional polling and surveys on the one side, and sophisticated machine learning analyzes on the other, companies have been able to target voters on an individual level.

This does not, in itself, present a new threat to democracy, in fact manipulation can be seen as a fundamental aspect of democracy (Le Cheminant & Parrish, 2011). There is, however, reason to believe that AI has the potential to increases the power of elites in this regard. As we have seen, certain individuals seem to have played a key role in both the UK EU-referendum and the 2016 U.S presidential election, while there is well-grounded suspicion that agencies connected to the Russian state have tried to affect the outcome in both cases.

The challenge, as I see it, is not manipulation itself, but rather its evolvement in the light of AI, becoming increasingly more sophisticated and effective, while at the same concentrated to a handful of people who have the technology and the economic means to employ this technology. Two particular concerns arise from this, supported by my analysis. The first is that the novelty of the method allows actors to operate covertly, undetected by the traditional institutions, like mass-media, which are to hold power accountable.

The second is that micro-targeting communication isolates the voter further, by sending out signals in congruence with already held beliefs, and often supported by confirmatory ecosystems of online (fake) news-sites, it polarizes the debate and hinders an adequate understanding of the issues at hand. This threatens core elements of democracy as described above, and considering the rate by which the technology develops, it might become increasingly harder to both identify and understand these methods as they progress.”

Acknowledging the manipulative power of recurrent political bias reinforcement is a task well suited for machines that masquerade as internet bots. The routine of watching noisome talking heads that spiel their nonsense on their lamestream fake news venues is a powerful motive to turn off the conventional media.

Yet, the censorship found on approved internet sites is just as offensive. Artificial Intelligence is no substitute for the Socratic method of discourse. Since the globe exists in an anti-intellectual delusion, the promise for this factitious utopia is that the burden of individual reason is just too difficult for humans to bear. The AI android will release the culture of self-indulgence to even greater levels. The by-product results of this zombie society is that elites who implement their dehumanizing system have a hatred of countervailing opposition.

What passes for journalism today is found on late night TV comedy programs. The Roman Empire bread and circus distractions never enjoyed this same degree of diversions. Their citizens were plagued with civil war. Now armed rebellion is not tolerated because maintaining the populace as virtual slaves is so much easier.

Artificial Intelligence is a polite idiom for tightening chains without the appearance of a lock and key. People live for using the latest apps and go the distance to avoid the responsibility of challenging their current brainwashing. The internet has allowed news reporting to be a democratic function as citizen journalists joined the ranks. AI is designed to censor the pursuit of the truth. Do not be fooled. Bots are meant to dumb down the public, even more. 9/11: Wreaths Across America Makes National Call to Stand Out and Wave Flags to Remember 9/11 Anniversary 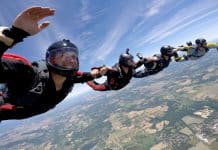