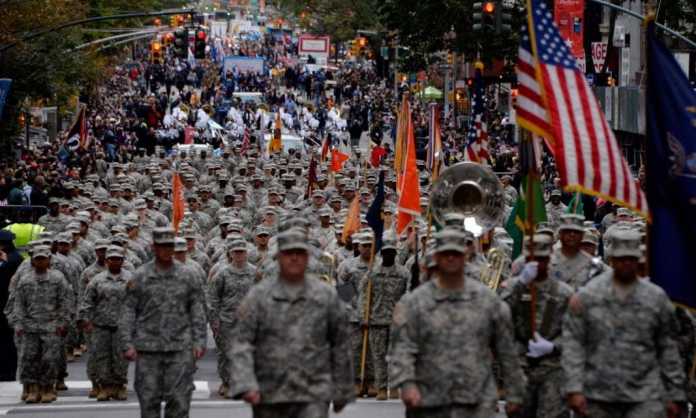 Otto will be responsible for day-to-day workings of the UWVC, such as planning and producing the New York City Veterans Day Parade, the largest commemoration of service in the nation; coordination and support for other Veterans’ Service Organizations such as the American Legion, the Veterans of Foreign Wars, Team Red, White and Blue, and Operation Beachhead, and expanding on the UWVC Health & Wellness program which he initiated in the last year.

Otto has served for the last year as Vice President of UWVC, reporting to President Dan McSweeney, who presided over the successful transition of UWVC leadership from Vietnam era veterans to a younger generation of veterans. McSweeney, who recently announced that he was stepping down as President, will remain on the Board and lead the transfer of VetTank, UWVC’s veterans business incubator and co-working space, to the emerging NYC Center for Cybersecurity and Resilience, which will support veterans’ success in this expanding market. As McSweeney steps down, the two positions have been combined into Otto’s full-time role as Executive Director.

“Mark Otto brings his history, his leadership experience, his family, his network, and – most importantly – his willingness and desire to step into the role of honoring and serving our veterans,” McGowan said.

“Dan McSweeney played a vital role in guiding the UWVC through a critical period in our organization and in raising our mission to the next level. We are very thankful for his impacts and are glad he will remain with UWVC and continue contributing to our growth and success at the strategic level while facilitating a greater role for veterans in the Cyber arena.”

“It’s been an honor to lead the UWVC over the past three years,” said McSweeney. “As we fine-tune our structure and programs to deliver greater value, I am glad to remain a stalwart supporter of the organization and will seek to create synergy with my other pursuits. I leave the day-to-day operation of UWVC in great hands, with Mark Otto.”

“It is an honor and a challenge to work with the UWVC, a leading Veterans Service Organization. Our mission is to act as ambassadors, connectors and supporters to veterans and veteran supporters,” Otto said. “We always must remember where we came from. Each generation of veterans stands on the shoulders of the giants who came before them. Never again will one generation of veterans turn its back on another.”

Otto created the UWVC Health & Wellness Program which offers a holistic, therapeutic approach to healing combat veterans dealing with the hidden wounds of war. In its first year under Otto’s direction, the UWVC Health & Wellness Program served hundreds of veterans through equine therapy with Serenity Stables, sailing outings with Sail Ahead, camping with the Sierra Club, art therapy with Ani Art Academies and ruck marches with GORUCK.

As a Marine, Mark served on five-man ground intelligence gathering teams under the 2nd Surveillance Reconnaissance and Intelligence Group during the Panama Invasion and throughout Desert Shield/Desert Storm.

Mark had a successful career on the NYSE becoming a senior trader and a leader within the trading floor community. He has managed portfolios with combined market capitals of over a half trillion dollars throughout several global financial crisis situations. Mark has served as co-chair of two NYSE committees and as a Senior Floor Official on the NYSE’s self-governing body. Mark is a public speaker and has acted as an ambassador on behalf of the NYSE hosting foreign diplomats and military VIPs.

Otto is the fifth veteran in his family to serve in war, including his father who served three tours during the Vietnam War, where he met Mark’s mother. After being separated during the Tet Offensive, Otto’s mother and father were reunited and have been married for 50 years.

A native of Westfield, NJ, Otto lives in Red Bank with his wife and six-year-old son.

About United War Veterans Council
The United War Veterans Council, Inc. (UWVC) is a 501-(c) (19) non-profit organization that is dedicated to mobilizing the public to honor, support and serve America’s veterans through a wide range of activities and initiatives. We produce the NYC Veterans Day Parade, the largest celebration of service in the nation. Since our inception, the UWVC has been a non-political, non-partisan organization, with no agenda or purpose other than serving our veterans. We represent the mosaic of the veterans’ community, encompassing veterans of all eras and backgrounds.