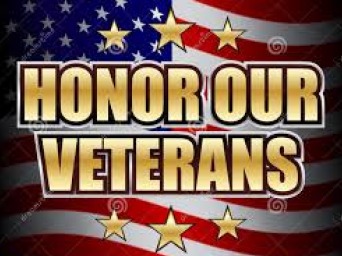 CLEVELAND, Ohio — A variety of events are planned on or before Veterans Day, Nov. 11, in Northeast Ohio, saluting past and present military service members.

* The USS Cod Submarine Memorial will hold a ceremony at 11 a.m., Nov. 11, to re-dedicate an 800-pound black granite marker honoring those who died during the Japanese attack on Pearl Harbor in 1941, launching America into World War II.

The marker was initially installed in 2003 outside the former U.S. Naval Reserve Training Center on East Ninth Street before the building was closed and demolished.

A new site for the marker was created at the vintage World War II submarine, and Pearl Harbor survivors are invited to attend the re-dedication. The memorial will  host its annual Pearl Harbor Day memorial service this year on Dec. 7 at 11 a.m.


* “Combat Medicine in World War I and the Founding of the Cleveland Clinic” will be a program presented Nov. 11 at 7 p.m. at the Parma branch of the Cuyahoga County Public Library, 2121 Snow Road.

James Banks, director of the Crile Archives on the western campus of Cuyahoga Community College, will focus on the accomplishments of Cleveland physician George Crile, who was among the first Americans to travel to France to treat the wounded of World War I, two years before America entered that war in 1917.

Among those accomplishments were Crile’s early experiments in blood transfusion, surgical shock, and the development of nurse anesthetists. Crile was later involved in establishment of the Cleveland Clinic in 1921.

There will also be discussion of such signature wounds of the “Great War” as shell shock, gas poisoning and trench fever. Original war artifacts and photos will be included in the program which is free, but registration is required.

The film follows the veterans as they return to Vietnam to the actual trauma sites, and shows how they ultimately find a new state of awareness and spiritual peace.

The free screening is hosted by the West Shore Social Action Committee. For additional details visithttp://westshorefilmseries.wikifoundry.com or call 440-333-2255.

* Lorain County veterans and their families are invited to a free luncheon and veterans’ recognition ceremony Nov. 8, co-hosted by Lorain County Community College and the Hospice of the Western Reserve.

The program will feature an individual “pinning” of each veteran, recognizing and thanking them for their service.

Keynote speaker will be poet and professor Bruce Weigl, faculty liaison for veterans affairs at the college. The former Vietnam vet (1967-1968) earned the Bronze Star and many of his works are inspired by his time in the service.

Weigl was nominated for the Pulitzer Prize in 1988 for “Song of Napalm,” and again, in 2013, when he was named one of two finalists in poetry for his 13th book of poetry, “The Abundance of Nothing.”

The Pulitzer jury described “The Abundance of Nothing” as “a powerful collection of poems that explore the trauma of the Vietnam War and the feelings that have never left many of those who fought in the conflict.”