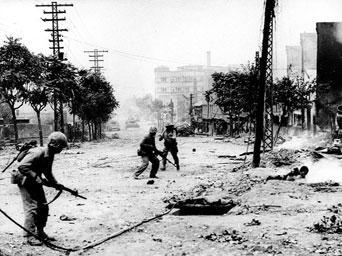 High School students were challenged to submit a three to five minute film capturing the story of American Korean War veterans. The contest was held in conjunction with the Department of Defense’s 60th anniversary of the Korean War.

“We are very proud of Dakotah,” said Michael Kessler, national director and CEO of the Young Marines. “This type of honor provides more than the thrill of winning. It reassures a young person of his or her talents and skills. It also reinforces our pledge to our veterans to ensure that their sacrifices are preserved through education and patriotic volunteerism.”

“Dakotah was so excited when he was notified that he won,” said his mother Traci Thrall. “He fell to his knees screaming, ‘I won! I won!’ He’s been on Cloud Nine ever since.”

At the age of six, Dakotah announced to his parents that when he grew up he was going to be a Marine. When he was 12, the family learned of the Young Marines organization, and Dakotah joined immediately.

“The Young Marines is such a great program,” said Traci Thrall. “It’s been a huge confidence builder for Dakotah.”


The top five films will be showcased during the 7th Annual GI Film Festival on Friday, May 10, in Washington D.C. In addition to the screening, each of the five winners will receive a $500 cash scholarship which will be presented at the event.

The mission of “Heroes Remembered: Voices of the Korean War” oral history project is to educate high school students about the sacrifices endured by veterans of the Korean War and to preserve their stories on film. Films were selected by entertainment industry experts who judged the entries based on creativity, technical merits and adherence to the mission of the project.

“We are pleased that high schools around the country and world—California, Virginia, Oregon, Guam, Korea—now have a better appreciation of what the veterans of the Korean War endured over 60 years ago,” said COL David J. Clark, Director, DoD 60th Anniversary of the Korean War Commemoration Committee. “The stories the students were able to capture are a priceless contribution to preserving our American history.”

The annual GI Film Festival runs from May 6-12, 2013, in various locations in Washington DC. For more information please visitwww.gifilmfestival.com .

The Young Marines is a national non-profit 501c(3) youth education and service program for boys and girls, age eight through the completion of high school. The Young Marines promotes the mental, moral and physical development of its members. The program focuses on teaching the values of leadership, teamwork and self-discipline so its members can live and promote a healthy, drug-free lifestyle.

Since the Young Marines’ humble beginnings in 1959 with one unit and a handful of boys, the organization has grown to over 300 units with 10,000 youth and 3,000 adult volunteers in 46 states, the District of Columbia, Germany, Japan and affiliates in a host of other countries.

For more information, visit the official website at http://www.youngmarines.com. 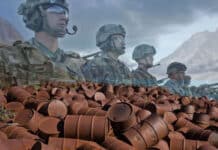 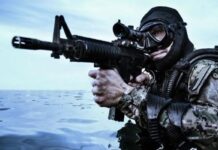