The award, given to veterans who exemplify ongoing service after they leave the military, was presented by Mark Otto, president and Executive Director of UVWC, who is himself a US Marine Corps Veteran of the Panama invasion and Operation Desert Shield/Desert Storm. The presentation took place on the Plaza of The Today Show, which did a feature story on Task Force Antal.

“On behalf of the United War Veterans Council and the New York City Veterans Parade, it is my great privilege and honor to present this 2022 Still Serving Award for outstanding service to our country and the veteran’s community,” Otto said in presenting the award to Mark Antal who was accompanied by Christine and their three daughters. Otto presented a second Still Serving Award to Christine Antal, an army veteran, co-founder of Task Force Antal, and the family’s “commander.”

Headquartered in New York with offices and logistical hubs in Poland, Hungary, and Ukraine, Task Force Antal began in 2021 when Mark and Christine helped a friend evacuate his interpreter from Afghanistan during the U.S. withdrawal. Since then, it has leveraged its depth of knowledge and vast network to evacuate more than 2000 people from Afghanistan, become part of the Afghan Evacuation Coalition, and continue to support 1800 people on the ground awaiting unification and resettlement, including 1300 family members of active US Citizen soldiers. 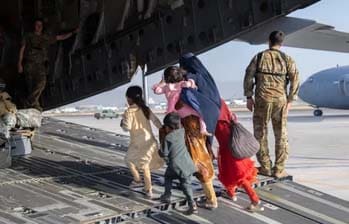 Since the Russian invasion of Ukraine in February 2022, Task Force Antal has added humanitarian work to its portfolio, tapping a network of more than 60 veterans, who deliver food, medicine, critical trauma equipment, transport and temporary housing, as well as delivering supplies for NGOs and NPOs who are unable to enter war zones.

The Antals are uniquely suited for this work. Since retiring in 2015 after more than 30 years of decorated service in the U.S. Special Forces, Mark has provided risk and crisis management services, counter terrorism, and training and extraction services for a variety of clients, and serves as inaugural Ambassador for the Special Forces Charitable Trust. His awards and decorations include two Bronze Stars with Valor, four Bronze Stars, a Joint Service Commendation with Valor, and two Purple Hearts. Christine, an attorney, served over 14 years as a National Security legal advisor, spending six years as the primary Legal Advisor on Ukraine and Security Assistance at U.S. Army Europe from 2015-2021.

“We can’t stand back and let this happen when we have an opportunity to assist,” said Mark Antal in accepting the award. “Veterans want to help, and elite special operations veterans have the skills and expertise to provide life-saving service in conflict zones where others cannot go.” 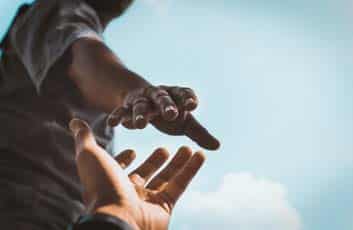 A registered nonprofit in the U.S. (501c3), Hungary, and Ukraine, TFA is headquartered in New York City while maintaining offices in Hungary, Poland and Ukraine to best serve the people who need us most. It empowers elite special operations veterans to use their skills to continue their dedicated work after the military and provide life-saving services and support to those who need it most in conflict zones where others cannot or dare not go. Comprised of Tier One Operators, medics, intelligence analysts, handlers, legal advisors, national security professionals, and logistical staff across the globe, Task Force Antal specializes in providing safe evacuation support, humanitarian aid, and complex crisis management solutions for U.S. citizens, lawful permanent residents, allies, and their families in the most conflict-ridden parts of the world where others cannot or dare not go. Its ability to come to the rescue of those in greatest need is based solely on independent contributions. It receives no government funding, and its team takes no salary. To learn more or make a tax-free donation, www.taskforceantal.org

About the United War Veterans Council:

The United War Veterans Council, Inc. (UWVC) is a non-profit, non-partisan organization that honors and serves veterans. The UWVC supports and promotes a wide range of initiatives that provide vital services to our veteran’s community (including health, wellness and education); raise positive awareness, and increase public understanding of the needs of our veterans community through major public events and promotional activities; and brings together veterans groups, community organizations, government agencies, businesses of all sizes and the general public. For more information, visit www.uwvc.org and follow us on Facebook, Instagram, and LinkedIn. 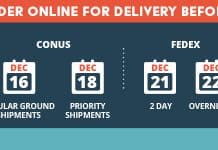