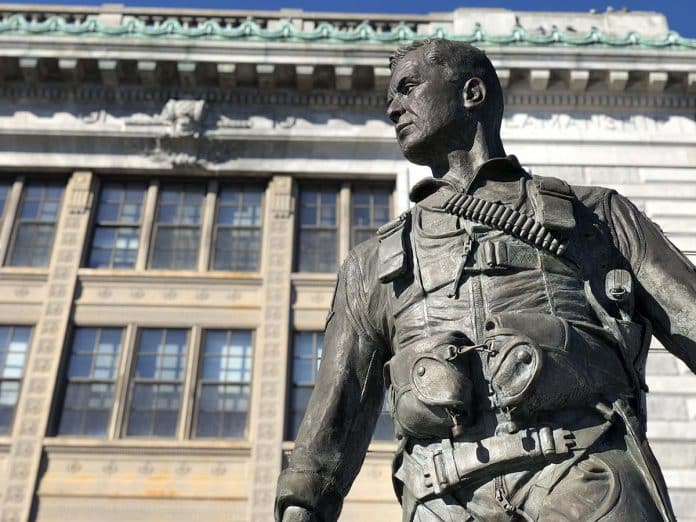 OWINGS MILLS, MD, In November, Maryland Public Television will offer 15 hours of programming devoted to the nation’s military veterans and their families. The lineup includes the national television debut of the MPT-presented documentary P.O.W: Passing on Wisdom, on Friday, November 11, Veterans Day.

For the past several years, MPT has been collaborating with producer 3 Penny Films,  in association with the United States Naval Academy Foundation and Finnegan’s Wake Films, to bring P.O.W.: Passing on Wisdom to public TV stations nationwide.

P.O.W.: Passing on Wisdom shares the inspirational stories of Vietnam prisoners of war as they recall their experiences in surviving imprisonment and explores how these experiences can be used as a guide for anyone dealing with contemporary life challenges.

As the 50th anniversary of the homecoming of the Vietnam prisoners of war approaches (February 2023), the POWs who are interviewed express remarkable gratitude, having survived post-traumatic stress to achieve post-traumatic growth. They define themselves by the principles of leadership and camaraderie instilled at the U.S. Naval Academy (USNA) and absorbed by their senior leaders during imprisonment. The film includes a look at USNA midshipmen in 2020, living through the challenge of a pandemic and applying the same principles as their Vietnam-era predecessors.

MPT will premiere the film on November 11 at 9 p.m. and air an encore on Sunday, November 13 at 5 p.m. Both broadcasts are on MPT-HD. A film trailer is available at vimeo.com.

P.O.W.: Passing on Wisdom is being presented nationally by Maryland Public Television through distribution by the National Educational Telecommunications Association (NETA).

Among other productions on MPT’s November schedule are:

* Last Ring Home, is the story of Lt. Minter Dial’s Annapolis Naval Academy ring that miraculously made its way home 17 years after he was killed as a Japanese POW in WWII. The film airs Friday, November 11 at 10:30 p.m. on MPT-HD. A film trailer is available at minterdial.com/books/last-ring-home

* After Action, conversations with veterans reveal what life is like before, during, and after military action. It airs Friday, November 11 at 8 p.m. on MPT2. A film trailer is available at pbs.org/show/after-action.

Other veterans-related productions are also viewable online. These streaming-only productions include The Misty Experiment: The Secret Battle for the Ho Chi Minh Trail, True North: Sailing to Salvation, American Veteran, From Honor to Medal: The Story of Garlin M. Conner, Scattering CJ, Parables of War, and Known But To God.

The complete rundown of broadcast and online offerings can be found on MPT’s website at mpt.org/veterans.

P.O.W.: Passing on Wisdom is a production of 3 Penny Films, in association with the United States Naval Academy Foundation and Finnegan’s Wake Films.