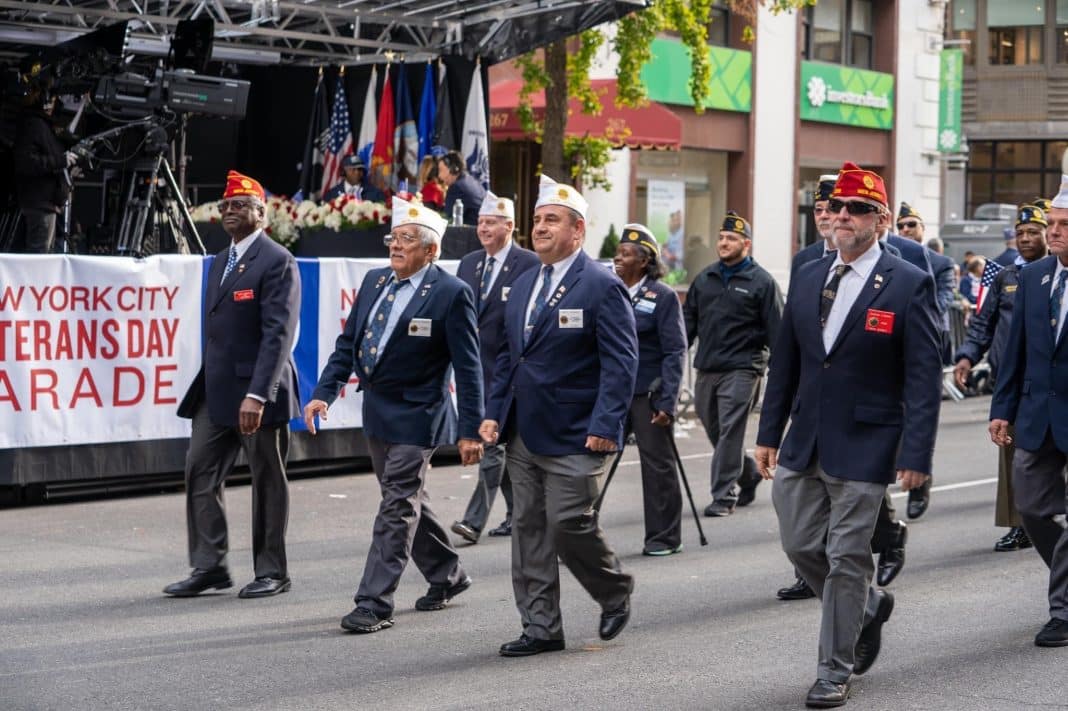 NEW YORK, NY – America’s veterans–representing every branch of service and generation of warriors since WWII–will march up Fifth Avenue for the 103rd annual Veterans Day Parade, Friday, November 11, 2022, from 12:30 to 3:30 pm rain or shine.

Spectators can view the parade, which steps off at 26th street and Fifth Avenue and marches north to its endpoint on 47thStreet, in person on Fifth Avenue, or watch the broadcast airing live and streaming online from 12:30 to 3 pm. Produced by the United War Veterans Council (UWVC), the Parade is the nation’s largest commemoration of service event.

The Parade’s Grand Marshal, representing the U.S. Coast Guard–this year’s featured service–is Vincent W. Patton, who served as the Eighth Master Chief Petty Officer of the Coast Guard (its highest enlisted position) from 1998 to 2002, when he retired after 30 years of active military service. Master Chief Patton was the first Black American to hold that prestigious role.

“We are excited to once again offer New Yorkers the opportunity to salute those who have served and defended our nation,” said UWVC President and Executive Director Mark Otto. “These brave men and women made great sacrifices to defend our country during critical moments in our nation’s history. Vince Patton represents the very best of that spirit of service, and we are proud to have him as our Grand Marshall. We are also proud to celebrate and thank our veterans from every era and branch of service at this year’s 103rd Veterans Day Parade.”

Among the notable participants, the Veteran’s Day Honor Ruck and the UWVC’s Health and Wellness marching contingent will carry a 30×50-foot American flag up the parade route. Honor Flight, which flies WWII, Korean and Vietnam veterans from around the country to Washington DC to visit memorials that honor their service and sacrifice, will have a parade float dedicated to older veterans.

About the NYC Veterans Day Parade:

The New York City Veterans Day Parade is our nation’s largest event honoring service. Produced by the United War Veterans Council (UWVC), the Parade provides the public with the opportunity to salute our veterans and military and raises awareness for organizations working to serve their needs. It is the centerpiece of an annual citywide effort to honor our veteran community. The Parade features veteran groups and service providers, military units, youth, and civic groups, top high school bands from across America, vintage vehicles, floats, and more. It is supported by numerous sponsoring partners, including JP Morgan Chase & Co., Fiserv, T-Mobile, Wounded Warrior Project, Salesforce and Cushman & Wakefield. For more information, visit www.nycvetsday.org.

About the United War Veterans Council:

The United War Veterans Council, Inc. (UWVC) is a non-profit, non-partisan organization that honors and serves veterans. The UWVC supports and promotes a wide range of initiatives that provide vital services to our veterans community (including health, wellness, and education); raises positive awareness, and increases public understanding of the needs of our veterans community through major public events and promotional activities; and brings together veterans groups, community organizations, government agencies, businesses of all sizes and the general public. For more information, visit uwvc.org and follow us on Facebook, Instagram and LinkedIn.