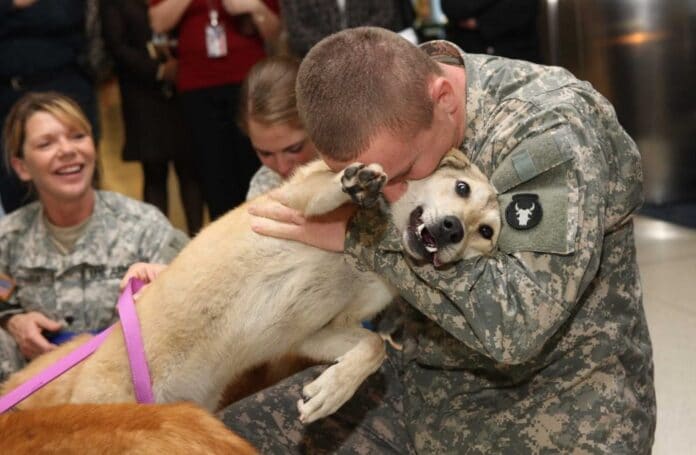 NESCONSET, New York – Water dogs, as they are referred to, play a critical role in the military. They use a sophisticated machine to turn any water source into a potable water supply. Recently, while getting water from a well, a group of water dogs spotted a puppy desperately needing help. The soldiers took action, and now they are on a mission to get the puppy they have come to love and befriend relocated to the U.S., where she can live out her life in a loving family.

“This adorable puppy has bonded with Sergeant Wryle, and we will do everything we can to relocate him to safety,” Derek Cartwright, a veteran and the coordinator for Paws of War. “We can’t do it alone, so we are asking people in the community to support the effort. Together, we can do this for Sgt. Wryle.”

When the soldiers spotted the puppy, she was repeatedly kicked into the mud by some locals. Each time she would crawl her way out of the mud, they would kick her back into it, finding the dog’s struggle entertaining. The soldiers knew they couldn’t leave her there, so they stepped in and bargained with the locals to be able to take the puppy.

They worked together to help the dog, who was in poor condition and nursed her back to health. They decided to name her ROWPU, which stands for Reverse Osmosis Water Purification Unit, which is the equipment that the water dogs use to do their job. While Rowpu spent time with the whole group, she created a special bond with Sgt. Wryle. She began snuggling at bedtime and hanging out with him whenever possible. He even carries her around in his backpack, with the dog peaking out the back. 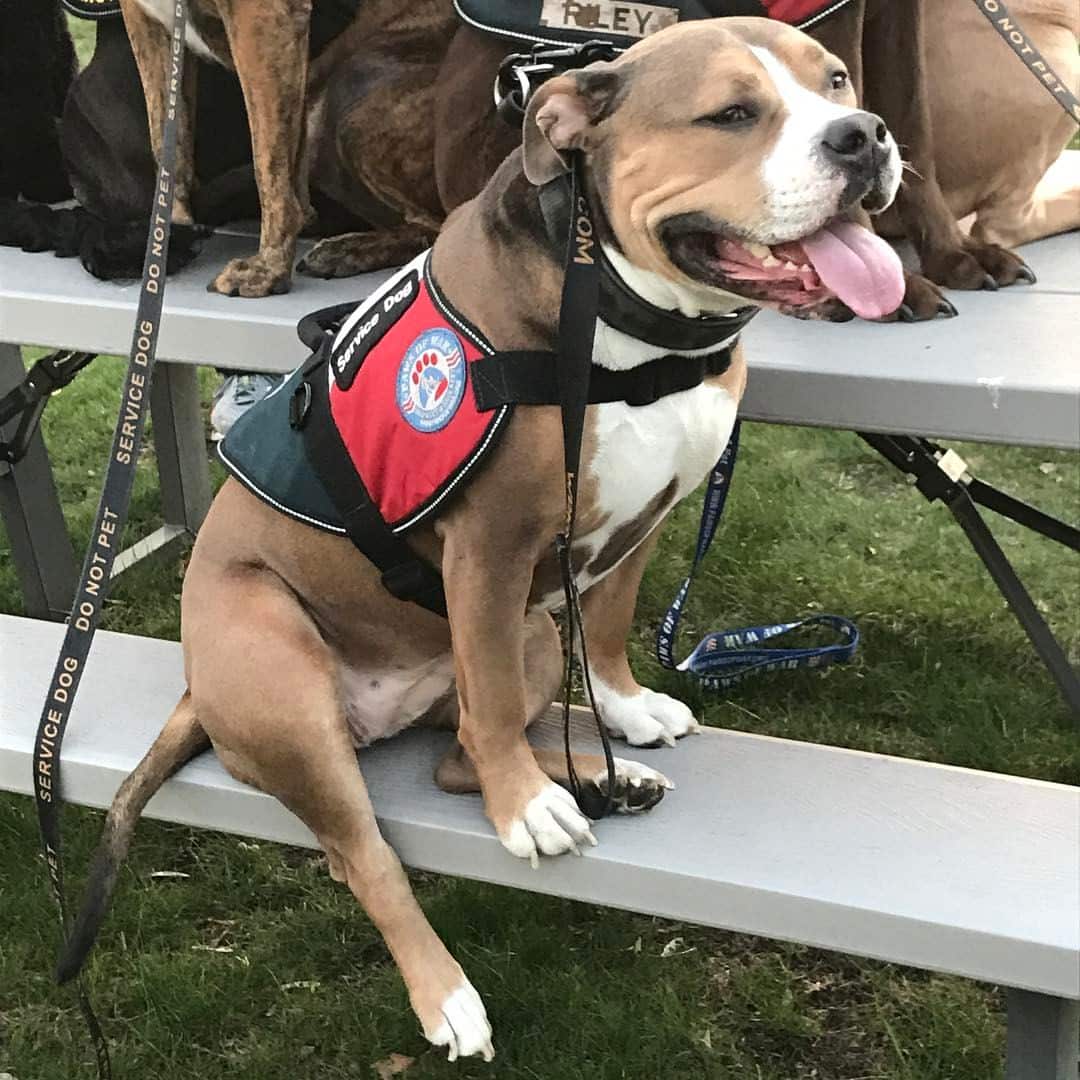 As Sgt. Wryle’s deployment back to the U.S. nears, he is busy trying to make plans for Rowpu. While he could leave her with other soldiers, they have a special bond, and she cries to be with him. He can’t bare the thought of leaving her behind.

“She came at a great time for me. I just lost an uncle who I was close

with, my grandpa on my dad’s side is in and out of the ICU for illness, and my nana on my moms side is losing her fight with cancer. This all has happened in a month, so having her has helped me stay focused on my soldiers’ happiness and has helped me through this last stretch of the deployment,” says Sg. Wryle. “I want to

bring her home and become a part of my family. And my squad would love to see Rowpu be a member of the water dog platoon.”

Paws of War helps military members relocate their rescued animals, but they cannot do it without the help of people in the community. They collect donations to help cover relocating the pets’ logistics and transportation costs. To donate or learn more, visit the site: PawsOfWar Network

Paws of War has been operating worldwide since 2014, helping the military save the animals they rescue while deployed overseas. They have helped veterans with numerous issues, including suicide, service and support dogs, companion cats and dogs, food insecurity, veterinary care, and animal rescue for deployed military. As the demand for Paws of War’s services grew, traditional fundraisers like galas and golf outings were sidelined, putting a crimp on the needed funding to keep these services going. Paws of War has a large loyal following of supporters and looks forward to working with new corporate sponsors to support these life-saving programs running.

About Paws of War

Paws of War is a nonprofit 501(c)(3) charitable organization that assists military members and their pets, rescues and trains dogs to be service dogs, and provides companion animals to veterans. To learn more about Paws of War and the programs provided or donated, visit its site at: https://pawsofwar.org