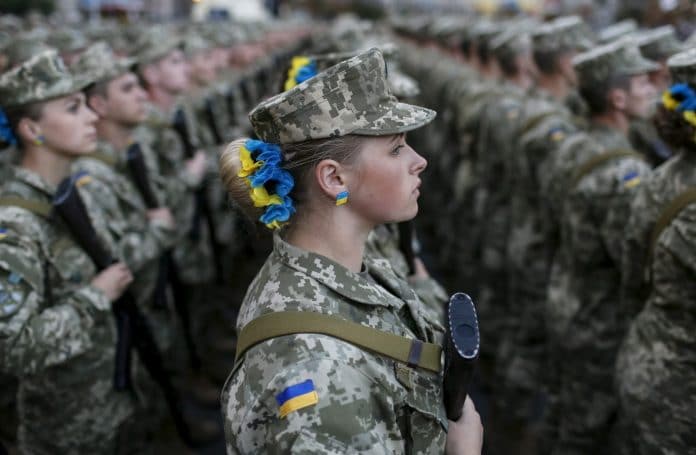 COLORADO SPRINGS, CO — I discuss the topic of leadership a lot in our home. It is not much of a surprise as my wife and I have multiple combat tours between us. Together, we have over 40 years of collective military leadership experience and the honor of leading troops into combat. Over the course of our careers, we have seen the full spectrum of leadership; some of the most rewarding experiences are when we observe those unlikely leaders emerge in the face of adversity. In the past few days, like so many other Americans, we have watched new heroes emerge in Ukraine, as an unjust war unfolds.

We have been most impressed by “Captain Ukraine,” President Volodymyr Zelensky, a former TV comedian, who in the past few days has become a global symbol for the democracy we hold so dear. He has become not just the face of Ukrainian resilience, but also a leader that has truly united people across the globe. His words and actions have inspired and motivated world leaders, to recommit to the values of peace, unity, and democracy.

To our family, his courageous response to an offer of evacuation showed the spirit in which this country (America) was founded. He said, “The fight is here; I need ammunition, not a ride.” It is this kind of “lead from the front” attitude that we feel has captivated so many of us over the past few days. Zelensky’s willingness to roll up his sleeves (when he is not wearing a tee-shirt) and put himself in harm’s way is a stark reminder that freedom is not free and that the price of freedom is commitment, perseverance, and determination. He teaches a lesson in democracy that is not lost on the members of my family.

It is not just Zelensky who is worthy of praise as the media reports nearly 70,000 rifles were distributed to civilians in a single day last week. The same media also quotes a Ukrainian woman as she stands resolute to defend her country by defiantly stating, “I am an adult woman, I am healthy and it’s my responsibility.” President Zelensky has been the first to acknowledge that the Ukrainian people have stepped up and have been doing so since Russia’s invasion of Crimea in 2014 with the creation of the Territorial Defense Force made solely of Ukrainian volunteers.

Just as live television allowed the Vietnam War to be brought into our living rooms, social media has put the Ukraine War into our hands. We are bombarded with traditional media and social media accounts of the war. This new age of reporting has brought an unprecedented awareness to how fragile democracy can be and as my wife and I point to the TV, cell phone or computer monitor, we try to show our children that “this is what patriotism looks like and that everyday people can be heroes if they so choose.”


The news is reporting that some Ukrainian parents are sewing their child’s blood type to their shirt before sending them off to school. Other parents are packing bags for their young children so they can be loaded onto a train and taken to a foreign country for safety, reassuring them that everything will be OK while silently wondering if they will ever be a family again. Other parents are pleading with doctors trying desperately to keep the youngest victims of this war alive. This is how Ukrainian children are learning about war and freedom. With everything that has transpired over the past few days, my wife and I are suddenly realizing how valuable something as simple as a family dinner can be to a nation’s democracy.

As Americans, we are grateful that we are largely free of external threats to our family and our freedoms. We should remember that the principles that the people of Ukraine are defending with their lives today are the very same principles that generations of Americans have fought for as well. Our country, despite all our self-imposed differences, needs to look at the images coming from Ukraine and bear witness to their unity, and to notice that the only division is between those who stand in defense of democracy and those who stand against it.

As President Reagan (a WW2 Veteran) once said “no arsenal, or no weapon in the arsenals of the world, is so formidable as the will and moral courage of free men and women.” There is no place in the world today where this is more evident than in Ukraine. My sincere hope is that the sacrifices being made by the people of Ukraine inspire all of us to have the moral courage to recommit ourselves to the ideals we share as Americans and to put aside our petty arguments to find a way to show our families we love them and our country.

Joseph Reagan is the Director of Military and Veterans Outreach for Wreaths Across America. He has almost 20 years of experience working with leaders within Government, non-profit, and Fortune 500 companies to develop sustainable strategies supporting National Security, and Veterans’ Health. He served 8 years on active duty as an officer in the U.S. Army including two tours to Afghanistan with the 10th Mountain Division. He is the recipient of multiple awards and decorations including the Bronze Star and the Purple Heart.