Hank Stratman’s life appears to be defined by overcoming challenges—whether pushing to victory during high school basketball games or crossing into enemy territory during the Persian Gulf War, the soldier never backed down from difficult situations, finding ways to “make things happen.” 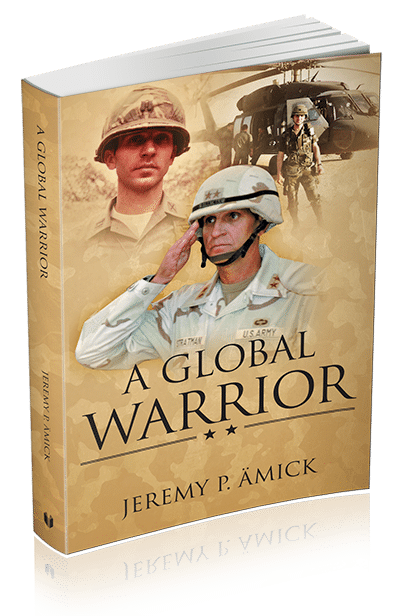 Rising from inconspicuous beginnings in the small community of Vienna, Missouri, Hank graduated from the ROTC program at Lincoln University and achieved the rank of major general during his 33-year career in the U.S. Army.
—

His legacy includes service in the Cold War, combat operations in Operations Desert Shield and Desert Storm, peacekeeping deployments to Bosnia, fulfilling key roles in the defeat of the Taliban in Afghanistan, and establishment of the combat theater in Iraq for Operation Iraqi Freedom.

His is a story that demonstrates that a farm boy from small-town Missouri can take on many diverse, global challenges and consistently succeed.

Jeremy P. Amick has for years chronicled the legacy of the United States military veterans – past and present. He has authored the books Liberty’s Wounds, Dinner Music in a Combat Zone, Wings of a Patriot, and Together as one.

A veteran of the U.S. Army and Missouri National Guard, he is the recipient of the Jefferson Award for public service and makes his home in Russellville, Missouri, along with his wife, Tina.