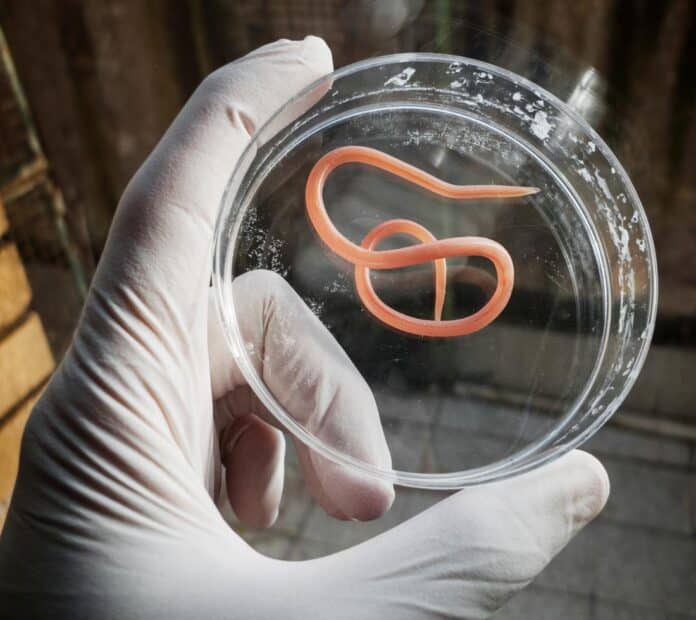 Parasitic infections are extremely prevalent in the world population and severely underdiagnosed. According to a recent study an estimated 3 billion people suffer from parasites globally, and the CDC recognizes over a hundred million infections in the United States alone.

Yet, as common as parasites are, and as harmful as they can be to our health, they are hardly ever talked about. Perhaps it is the discomfort of the idea of having a parasite, or the fact that parasites are so small they often avoid often detection, or maybe because parasitology is a new field and research is lacking—whatever the case, parasites are largely ignored in the medical community and in the public media, and so, many people are unaware of one of the most common health issues that they are likely affected by.

Parasites are organisms that feed on the nutrients of their host. The three most common types of parasites are helminths (worms), protozoa (single-celled organisms), and ectoparasites (they live on, rather than in their host—lice, fleas, etc.). There are numerous parasites within these categories, and many that affect humans.

In fact, ecologist and marine biologist Kevin Lafferty stated that, “most animal species are probably parasitic. For humans alone, there are more than 100 host-specific parasites. Among described species on the planet, the ratio of free-living to parasitic is about 60:40, but that’s a gross underestimate. In reality, the numbers are probably much more in favor of the parasites.”

Parasites make up a significant number of the species on Earth, and they exist in nearly every climate and geography. A misconception that many people have is that parasites only exist in third-world or tropical countries. While the percentage of exposure to parasites is certainly much higher in tropical climates and places with less sanitation and access to clean water, people in first world countries and temperate climates are also at risk.

How Do We Get Infected with Parasites?

Parasitic infections can come from a variety of sources. Nearly all parasites are very small, and a significant amount of them are microscopic (protozoa and helminth eggs). This makes it challenging to prevent exposure, and as parasites are so common, exposure is virtually inevitable. The best thing we can do is educate ourselves about the sources of exposure and try to avoid them, practice good hygiene, and undergo a gentle parasite cleanse a few times a year using an herbal formula like Zuma Nutrition’s Parasite Detox tonic (https://www.zumanutrition.com/products/parasite-detox).

Most Common Sources of Parasites:


Getting Rid of Parasites

People sometimes think it is unusual to do a parasite cleanse, partly because they don’t want to accept the fact that they have or may have a parasitic infection. Parasitic infections are so much more common than we may think, and it is nothing to be ashamed of or to freak out about. It is, however, something to treat swiftly, as the longer infections go untreated the worse they tend to get.

It is a common practice to de-worm pets, but not as common for humans to de-worm themselves—even though we are just as much at risk as our animal companions. Doing a parasite cleanse can be easy. Taking a potent anti-parasitic herbal formula like Zuma Nutrition’s Parasite Detox tonic, and following their protocol for a parasite cleanse, one can completely detoxify their body of unwanted parasites in as little as one month. Doing this cleanse once or twice a year can help to keep your body free of longstanding infections and may free your body of the many health issues caused by parasitic infection.