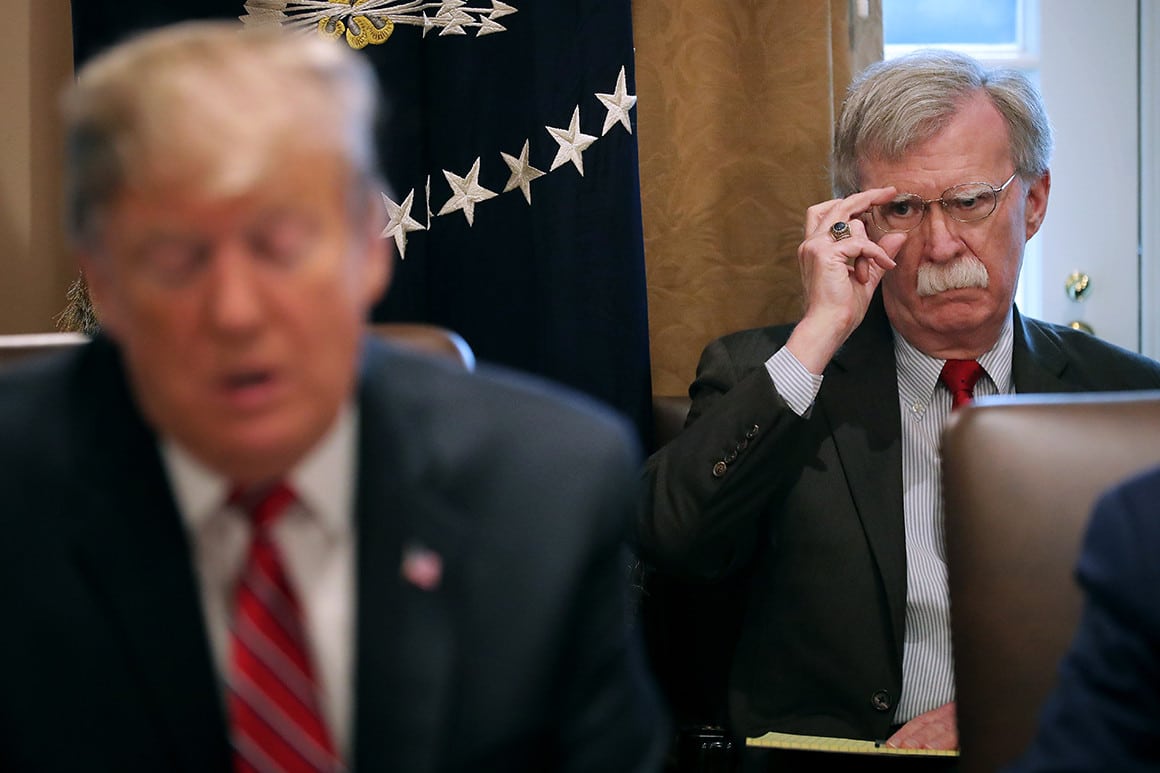 These new details add to a growing mountain of evidence that the President withheld the aide for his personal political gain, lied about it, and had his entire administration stonewall in an attempt to cover it up.

Republicans in the United States Senate face a choice of whether or not to participate in a shameful White House coverup of President Trump’s disgraceful abuse of the powers of his office.

Their votes will impact much more than their polling numbers or their next election. It has become abundantly clear that a vote to aid and abet in the commission of high crimes and misdemeanors will forever tarnish their reputations. History will not be kind to those Republican Senators who choose to put their political party before their oaths of office and their duty to our nation. 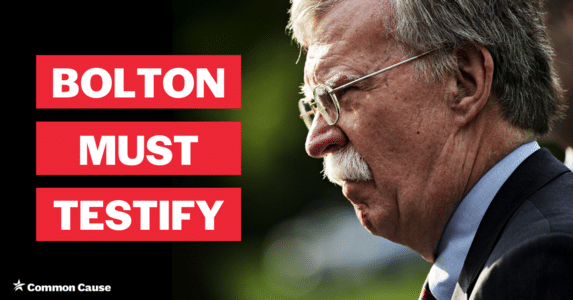 Donald Trump told John Bolton directly that he wanted to freeze financial aid to Ukraine until officials there helped with an investigation into the Bidens, according to the former national security adviser’s explosive new manuscript.1

This allegation refutes the White House’s impeachment defense—and the Senate must allow Bolton to testify about it as part of Trump’s impeachment trial.


Add your name to tell the Senate you demand witnesses be able to testify.

John Bolton has made shocking new allegations about Donald Trump’s conduct in office. Now, he must take the stand to tell the Senate and the American people about what he knows.

In his new manuscript, Bolton asserts that President Trump said he planned to delay security funding to Ukraine until an investigation into the Bidens was launched. He also reveals new details about how senior cabinet officials—including Attorney General Barr and acting Chief of Staff Mick Mulvaney—were involved in the scandal.2


Add your name to tell your senators: We deserve to hear what John Bolton has to say. Call on him to testify as part of Trump’s impeachment investigation.

This is a major clue as to why John Bolton was one of several witnesses that the White House blocked from cooperating with the House’s impeachment inquiry. The information he might reveal in his testimony could completely undermine Trump’s defense.

And it’s possible that Bolton—who allegedly once equated the Ukraine scandal to a “drug deal”—would be a big crack in the dam, leading to more and more administration officials coming forward to tell the truth and avoid going down with Trump.3

Bolton has already stated that he’s “prepared to testify” in the impeachment trial. If the Senate blocks a credible, high-level witness like Bolton from taking the stand—this trial will NEVER give the American people real answers or justice.4

Click here to add your name to this petition, and then pass it along to your friends.

Common Cause is a nonpartisan, grassroots organization dedicated to upholding the core values of American democracy. We work to create open, honest, and accountable government that serves the public interest; promote equal rights, opportunity, and representation for all; and empower all people to make their voices heard in the political process.