In every era or among different factions in worldviews, the concept of Utopia varies. Thomas More is credited as one of the first person of letters to propose a complete account of his vision for society and government. He published his work of fiction and socio-political satire in 1516. Memorialized in film as A Man for All Seasons and canonized by the Catholic Church as a Saint, the popular legacy has Thomas More as a great Renaissance humanist.

“In Utopia there are equal opportunities for men and women to get education, people did not own land as private property, religious tolerance is practiced but the atheists are not welcomed. It was believed that if a man does not fear a God and has no concept of an afterlife, he is not trustworthy because would consider himself having absolute authority.

Thomas More was Christian Humanist and Utopia reflects Humanism with More’s religious inclination added to it. He showed through the novel that humanity can bring greatness if it’s according to God’s instructions. More hoped that the king he served could think like a humanist. Thomas More’s Utopia awoke social consciousness in the writers and they started using their writings for spreading messages and portraying reality instead of pure entertainment.”

From Bartleby Writings the importance of natural law is established by More, while his error upon relying on reason to achieve this understanding negates revelation based upon faith. Communism and liberalism does not accept natural law ordained by God.


“The detailed description of Utopia acts as Mores mode of expressing his humanistic views, commenting on the fundamentals of human nature and the importance of reason and natural law while gracefully combining the two seemingly conflicting ideals of communism and liberalism.”

“Doing what nature intends, which is established through reason, is the true way of worshipping God, according to the Utopians. This is consistent with the humanist theory of a higher, absolute natural law created by God and thus must be followed by man. In order discover this natural law, one must use reason.”

Note the outlook expressed by More back in the 16th Century is quite different from the godless culture that has engulfed the planet. In Utopia Book I the outline of the systemic problems are examined. However, in Book II the factors and answers to create More’s Utopia are presented.

Review the Cliffs Notes version of the Book Summary.

Most notable are the conditions under:

Officials, “The leaders or government officials, chosen from the citizens of superior intelligence and integrity.”

Economy, “There is no private property among the Utopians and they have no money.”

Philosophy, “The belief that a life pattern must accord with the dictates of nature; since nature prompts people to seek pleasure, pleasure is regarded as the goal of life.”

Laws, “They have no lawyers. Their body of laws is brief and readily understood by laymen.”

Religion, “There is uniformity in the belief in immortality, and, as a consequence of this, they have developed a cheerful attitude toward the approach of death. They regard atheists askance and refuse to let them hold office.”

It is obvious that the Thomas More notion of Utopia would fall flat with today’s secular humanists. Based upon this historic reaction, drawing the conclusion that any expectation on a Utopia is relative. Entrusting on reason when the intellectual standard varies with every generation and ideological outlook results in a constant redefinition and make-up of what constitutes Utopia.

Yet the dream to secure an imaginary never-never land keeps recurring because the human condition is so dissatisfied with the state of affairs that offer continuous despair and disillusion. The political injustices are a direct result of the malevolent nature of evil which is the heart of human beings. It is absurd to speculate that mankind can attain paradise here on earth.

Since all Utopia ambitions are wishful desires it should not be surprising when they are never fulfilled. Thomas More created a concept society that offered an alternative to the regimes of kings. Particularly provocative for his time was the focus toward his Tudor monarch. The danger of upsetting a ruling dynasty leads to changing accommodation at the Tower of London. Indeed, the final resolution was met upon Tower Hill with his beheading. So much for the prospects of a Utopia during his lifetime.

An important insight by Audrey Novak in the essay The Radical Christianity of Thomas More’s “Utopia” clarifies the defective rational in Utopia, especially when reason is supposed to be the means upon which understanding is acquired.

“In Utopia, the freedom of the individual, the ability for each to choose how and where to live, is sacrificed for the maximization of the collective happiness of all citizens. This self-sacrifice comprises the base of Utopian society, and paradoxically serves to both enslave and liberate its citizens. Utopians forgo their individual freedom of will for the sake of nationwide material and spiritual contentment with the world. However, the laws and arrangement of society deliver to each individual freedom from the vices of greed and pride, which historically haunt mankind. The possibility of sin eliminated, the Utopians are free to do whatever they wish in the direction of the only other path open to them: a life of “virtue.” As a result, the prevalent goodness, discipline, and sacrifice in Utopia, which at first appears such a marvelous achievement, is compromised; the instant free will is removed from the life of the mind, any claim of virtue rings hollow. No value exists in a “virtuous” life if that virtue is not won through internal struggle against a temptation. In Utopia, there is no struggle because all temptation has been systematically eliminated. The ultimate end of humanity on Utopia is thereby limited, and this grave flaw at the heart of Utopian philosophy is loudly reflected in the policies of the island on deliberate death, imperialism, war, and the dissolution of the family.”

Upon this supposition one should conclude that Utopia, in reality is really Dystopia. 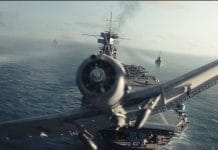