From ABOUT The Duffle Blog:

Duffel Blog has been serving the men and women of the U.S. military with insightful commentary and hard-hitting journalism since 1797. Starting from humble beginnings by squatting office space in an abandoned military barracks, the publication quickly became known as edgy and ahead of its time after Duffel Blog reported on President John Adams’ $200 per-week cocaine habit in March 1799, and it received high praise for its investigations into the military-reflective-belt-industrial-complex…

Standing is required when the National Anthem is played. The definition of standing is expanded to include standing varieties such as keg standing and grandstanding, but still prohibits understanding. — The Duffle Blog, July 3, 2018

Between President Bloviator T. Blowhard’s trip to NATO, the UK (“You know, we don’t hear the name England anymore!”), Trump Golf-Course Land and OZ , a hallmark of what happens when you replace a naturally elegant, self-aware, patriotic and self-effacing Constitutional Scholar with a greedy, Russian-subservient, manipulative and ignorant bully and traitor.

The ignorant tweets and his recorded interview with Murdoch’s The SUN sliding the old knife in the back of his hostess in the United Kingdom (which he denies and has labelled fake news) , and his upcoming pep talk from Big Boss Vladimir who probably has a plot picked out for Trump Tower Moscow and has the various charts to show him —  if all this hasn’t soured you on life in these United States for actual thinking human beings of a patriotic bent and service, you’re almost Washingtonian in your reserve and stoicism. George Washington-Washingtonian, not geographic Washingtonian.

I’m a practicing Stoic, but I have to depend on my overly developed sense of the absurd to keep in balance in times like these. I’ve been glancing at The Duffle Blog off and on for a while now, having been suckered in by the satirical headline that it was General Mattis most trusted media. I wouldn’t be surprised if in some darkened corner of the Mattis Mansion, late at night, he might turn to it in moments of despair for a laugh. In fact, I hope he does.

Taking Trump World seriously, as we must since he does have the nuclear codes,  can grind down the nerves and the brain and rip the flipping heart right out of you.

Just to be clear for any Trump followers who might be reading this, there were no Blogs in 1797, and John Adams was not a cocaine addict. Coca leaves have been used for medical and recreational purposes since antiquity in areas of Latin America where it is grown. The drug Cocaine was first isolated or distilled from the leaves in 1860. As for no Blogs in 1797, there is one sine qua non for the presence of blogs, and that is the presence of the internet. There was no internet prior to 1990. There were precursor connections in the form of the World Wide Net and such, but the free flowing, commercial internet of day wasn’t around probably until Netscape.

The primary difference between satire and propaganda from outlets like Breitbart, Fox News, RT, and the editorial pages in the Wall Street Journal is that satire uses bullshit to illuminate the truth while Breitbart, Fox, Stormfront and so on use bullshit to obscure and even replace the Truth.

That makes the Duffel Blog kind of indispensable both as illumination and as a check on the mental and emotional well-being of Americans in the military and the larger military. If Mattis and other folks in the services stop reading the damned thing because it’s too painful or no longer relevant to understanding what the mass of those serving are thinking, then we’ve lost a contact between power and truth.

One of the things that has bothered me for some time is the disconnect between the military and the rest of the country, and I’m afraid that recognizing those who’ve served at baseball games or saying “Thank you for your service!” isn’t really the way to bridge the gap. One really apropos piece I saw in the Duffle Blog recently speaks to the underlying reality, and addresses underemployment and utilization of veterans in the civilian sector.

It’s not so much satire as a realistic appreciation of the challenges someone who’s been out on the cutting edge faces when they find themselves resume in hand job hunting or perhaps more importantly, trying to navigate the swamp that overcomes most workplaces. Duffel Blog Presents: 10 Military Skills That Will Get You Fired in The Civilian World is more public service announcement than anything else.

2. Using the F-word in every sentence, multiple times
Yes, it’s fucking stupid, but trying to candidly speak your mind to these civilian fucks will get you booted in a fucking hurry. So tone things down a bit, okay, you fuckheads?

3. Disappearing whenever there’s menial work to be done
You may have been a master skater or shammer when it came to cleaning bathrooms and painting rocks, but there’s little room for stealth tactics or delegation when it comes to the more boring aspects of your entry-level civilian job.

7. Using gender neutral terms of address like ‘shitbird’ and ‘motherfucker’
While it’s a good thing you’re trying to be an egalitarian and not assume peoples’ gender identity, using myriad profanities to address them probably isn’t the best idea.

While intended to be funny, this is very  true. If you do all this stereotypical “GI” crap as a civilian, you end up being on the outside, registering for unemployment. That may seem most true in areas where the Evangelicals run things, but it’s true everyplace really. What those of us who spent our morning in the damp grass doing pushups think of as funny sort of bothers people who spent their mornings defoliating.

More to the point, while your military experience might be sought, good chance you’ll be working for a Gen Y or even a Millennial, who will find you scary by definition and has no clue who John Wayne, Sergeant Rock or Gomer Pyle are. We might think that “If you do that shit again, shithead, I will rip your fucking head off and shit down the neck!” is just a expression of endearment and concern. But to your civilian subordinate, superior and the HR chain — and I speak as someone who was conspired in his own demise by becoming a senior HR type — will see that as a threat, assault, and degrading remarks. Which, in fairness, it is and was when we did it after PVT/SGT/LT Schmedlap drove the tank into the lake off the bridge backwards trying to show off for their girlfriend/ boyfriend/mother on Family Day.

Civilian workplaces are swamps, crawling with various snakes in three piece suits and miniskirts. Stay alert, remember that our earned values are still valid but some behavior modification is in order. It’s called cover and concealment, and violate that at your own discretion and risk. Which, when you think of it, is often exactly what we do. 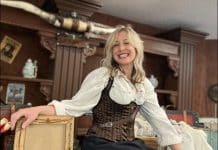