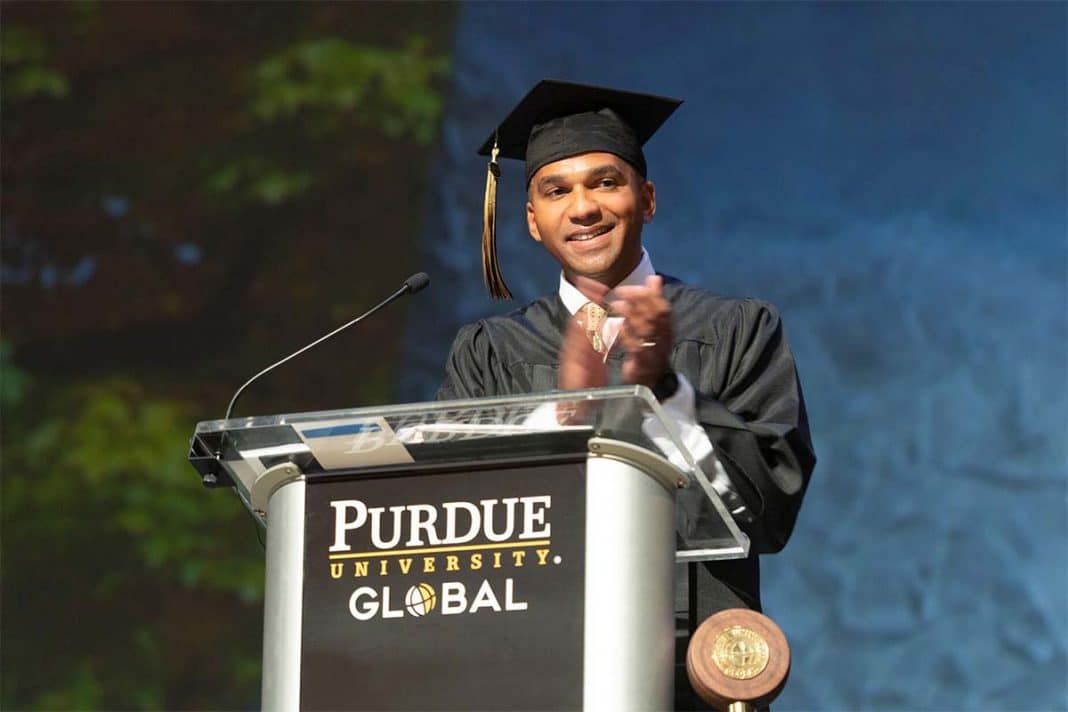 WEST LAFAYETTE, Ind. — Chief warrant officer Kelvin Gumbs’ 22-year Navy career took him all over the world. Despite his accomplishments, he was plagued by feelings of inadequacy concerning a goal he had not yet tackled. Gumbs had earned college credits intermittently throughout his naval career but never completed a degree. 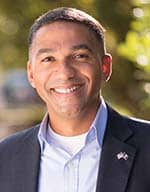 In 2018 he discovered Purdue Global, where he went on to complete an associate of applied science degree in small group management in 2020, followed a year later by a bachelor’s degree in professional studies. Gumbs served as a keynote speaker at Purdue Global’s October 2022 commencement ceremony.

He is among nearly 5,000 active-duty, National Guard, or reserve members who serve worldwide while attending Purdue Global.

“I had earned numerous ranks in my career.…

But this just had a different feeling because I finally felt like I was on an even playing field in my career and had a real sense of accomplishing something that was really academically prestigious,” Gumbs says. “And then to have it come full circle and have the ability to deliver these remarks, it’s humbling.”