Mission. Purpose. Identity. Three words that are clearly understood by most who serve in our military. And then we get out and some lose sight of this – it becomes a journey to “find our place” after service. Our guest on The Military Wire – former Special Forces Lieutenant Colonel Brad Taylor, now best-selling author, will shed light on how he found his mission, purpose, and identity after his service to our country – and we’ll talk about his latest book “Hunter Killer: A Pike Logan Novel” on this episode of the Military Wire.

Best-selling author Brad Taylor served more than 21 years in the US Army Infantry, retiring as a Special Forces Lieutenant Colonel. Numerous infantry and SF positions, including eight years in the 1st Special Forces Operational Detachment – Delta where he commanded multiple troops and a squadron – he’s conducted operations in numerous locations, including Iraq, Afghanistan and other classified locations – he also served as an Assistant Professor of Military Science at The Citadel in Charleston, SC.  His books have sold over 2 million copies. 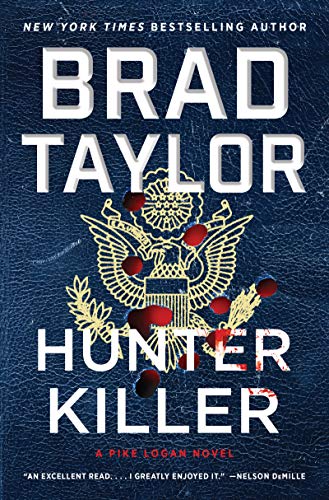