POLITICAL PARTY POLICY: We intentionally remove all references to political party when highlighting elected officials.  We believe in judging actions taken by politicians and NOT what party they belong to.  For the same reason, we are advocates for removing reference to political party on all ballots nationwide.

WASHINGTON — Paralyzed Veterans of America is pleased to announce the introduction of the “The Justice for ALS Veterans Act of 2019” by U.S. Senators Chris Coons (Delaware) and Lisa Murkowski (Alaska) to help ensure surviving spouses and families of veterans who die from amyotrophic lateral sclerosis (ALS) receive all of the benefits available through the Department of Veterans Affairs to survivors. As previously reported, the House companion bill was introduced in mid-October by U.S. Representatives Gilbert R. Cisneros, Jr. (California) and Brian Fitzpatrick (Pennsylvania).

Since 2008, ALS has been classified as a presumptive, service-connected disease so surviving spouses would most likely be eligible to receive basic DIC benefits. However, under current law, a higher rate of DIC (DIC kicker) is only payable if the veteran was rated totally disabled for a continuous period of at least eight years immediately preceding death.

Unfortunately, ALS is a disease that progresses rapidly once it is diagnosed, and most patients die within two to five years. Some veterans may live longer but the overwhelming majority of veterans with the disease do not live long enough to meet the eligibility criteria required for the DIC kicker. The bipartisan and now bicameral Justice for ALS Veterans Act would extend benefits to the surviving spouses and families of veterans who have passed away from ALS, regardless of how long their veterans lived with the disease.

“Survivors should not be deprived of benefits from the Department of Veterans Affairs simply because the service-connected disease their veterans obtained made it nearly impossible for them to meet an eight-year life expectancy requirement,” said Heather Ansley, PVA’s associate executive director of government relations. “We thank Senators Coons and Murkowski for introducing the Justice for ALS Veterans Act and urge members of Congress in both chambers to quickly pass this important piece of legislation.”

PVA is committed to supporting veterans with ALS and their families. Learn more at pva.org

About Paralyzed Veterans of America

Paralyzed Veterans of America is the only congressionally chartered veterans service organization dedicated solely for the benefit and representation of veterans with spinal cord injury or disease. For more than 70 years, the organization has ensured that veterans receive the benefits earned through service to our nation; monitored their care in VA spinal cord injury units; and funded research and education in the search for a cure and improved care for individuals with paralysis.


As a life-long partner and advocate for veterans and all people with disabilities, Paralyzed Veterans of America also develops training and career services, works to ensure accessibility in public buildings and spaces and provides health and rehabilitation opportunities through sports and recreation. With more than 70 offices and 33 chapters, Paralyzed Veterans of America serves veterans, their families and their caregivers in all 50 states, the District of Columbia and Puerto Rico. Learn more at pva.org 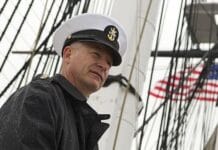