Home History The Angels of Bataan and Corregidor: 70 Years Later 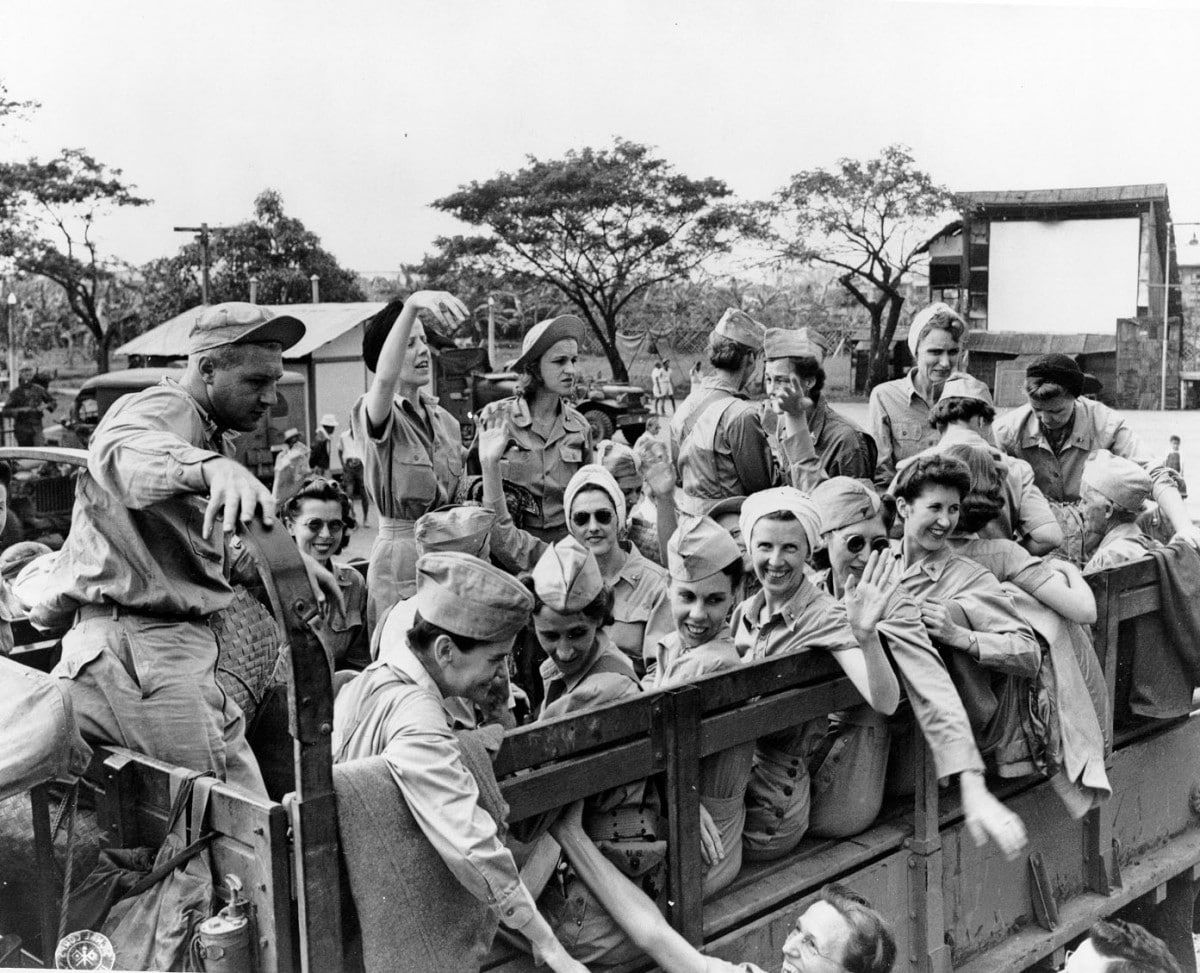 After the Bataan Peninsula fell in April 1942, a group of Army and Navy nurses continued to perform their duties while imprisoned in a Japanese camp.

Adventure in a Tropical Paradise

To an Army or Navy nurse serving in the early 1940s, Manila must have looked like a bit of heaven on earth. The island posting offered palm trees, fine accommodations and few patients to attend. With plenty of free time, the nurses enjoyed golf, dining and romance under the tropical stars.

Like most of the other military nurses serving in the Philippines, Josephine Nesbit had sought the assignment in order to experience a little adventure in an exotic locale. She was serving her second tour with the Army Nurse Corps in the winter of 1941. Lulled by the languorous pace of the tropics, Nesbit had no idea just how adventurous her posting was about to become. 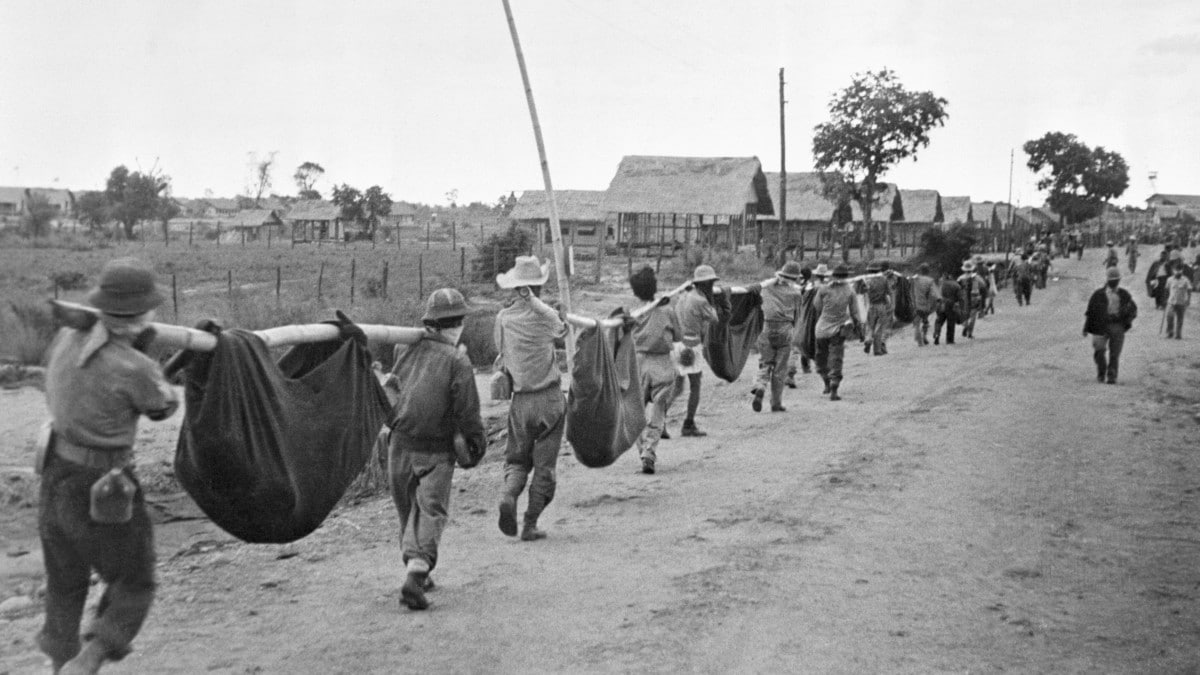 The morning of December 8, 1941, dawned as peacefully as any other at Sternberg Hospital in Manila. Nesbit reported for duty as the night nurses went off-shift. Then word came that the Japanese, in a sneak attack, had destroyed most of America’s Pacific fleet at the U.S. naval base at Pearl Harbor, Hawaii. Some nurses were incredulous, but then the details trickled in: 19 ships lost, thousands of soldiers and sailors killed. For some, a sense of panic set in.

“Girls! Girls!” Nesbit, the veteran nurse, shouted in an attempt to maintain calm. “Girls, you’ve got to sleep today. You can’t weep and wail over this, because you have to work tonight.”

By Christmas, the ground war was on. Nesbit and other medical personnel retreated to the Bataan Peninsula and set up a field hospital in the steamy jungle. Fighting mosquitoes, malaria and dysentery, the “Angels of Bataan” nursed sick and wounded soldiers lying outdoors in row after row of cots. Across 18 open-air wards, the Angels tended to 6,000 patients over the course of four months. Even as they bandaged wounds, bombs fell around them with sickening regularity.

As food stockpiles dwindled, the nurses saw their rations reduced from three meals a day to two. Yet still they soldiered on, with Nesbit at the helm of their dangerous operation. A first lieutenant, she led the nursing staff and maintained discipline by enforcing regular working shifts. Uncompromising in her devotion to duty, Nesbit provided a voice of reassurance and understanding when her nurses needed it. Soon, they would need it more than ever.

In early April of 1942, with the enemy nipping at their heels, the Americans retreated from Bataan to the island of Corregidor in Manila Bay. There, the nurses found themselves thrust into the hellish underground hospital of Malinta Tunnel, dug deep into the bowels of the island.

On April 9, the weary, emaciated American soldiers of Bataan surrendered. On May 3, a dozen nurses escaped to Australia on the submarine USS Spearfish. The other nurses volunteered to stay at their posts in Malinta Tunnel, dressing wounds and administering medications amid constant shelling by Japanese forces. On May 6, Corregidor Island fell, and the remaining Americans were taken as prisoners of war.

From Paradise to Prison Camp

Removed to Santo Tomas Internment Camp in Manila, Nesbit and her former superior, Maude Davison, ran the camp hospital that ministered to soldiers, nurses and captive civilians. Over the course of two years, Nesbit and Davison maintained morale by imposing structure within their ranks, requiring nurses to work at least four-hour shifts each day—even as the Japanese cut the POWs’ daily rations to 700 calories. The calorie deprivation became so bad that some nurses reportedly prepared weeds, roots and flowers, which they sautéed in cold cream.

Back home, Hollywood romanticized the nurses’ situation in patriotic movies such as “So Proudly We Hail,” starring Claudette Colbert. The reality was quite different, however. “Let me tell you, there was nothing romantic about it,” nurse Helen Cassiani Nestor would recall during a 1999 interview with the Associated Press. Still, she said, “our group proved [women] could go into the field and carry on and do a good job. People need to know that.”

In January of 1945, Allied forces finally turned back the Japanese and retook the Philippine Islands. Shortly thereafter all POWs—including Nesbit, Davison, Cassiani and the other nurses—were liberated. While thousands of men had died during the course of the Philippines Campaign, all 77 nurses made it through alive and still nursing until the end.

None of the Angels of Bataan and Corregidor are thought to survive today, yet their legacy lives on.

As the first American women to see combat, they paved the way for today’s female soldiers. They also remain legendary among all nurses, 70 years after their remarkable story began.