So last month the Keysmart Company sent me a “key chain” to try out.  If I liked, I agreed to do a review.  It was very cool for them to send it to me.  I did NOT promise to give a good or bad review.  So that was cool right?  Anyways, I liked.

So here’s the review;

So I received the package in the mail. Opened it up. Now, since I am great on the net with HTML and PHP, I have no time to work with real tangible old skool tools. So I was like how to does this work? I went to YouTube and did a quick tutorial to see how it work so I did not have to waste time guessing. 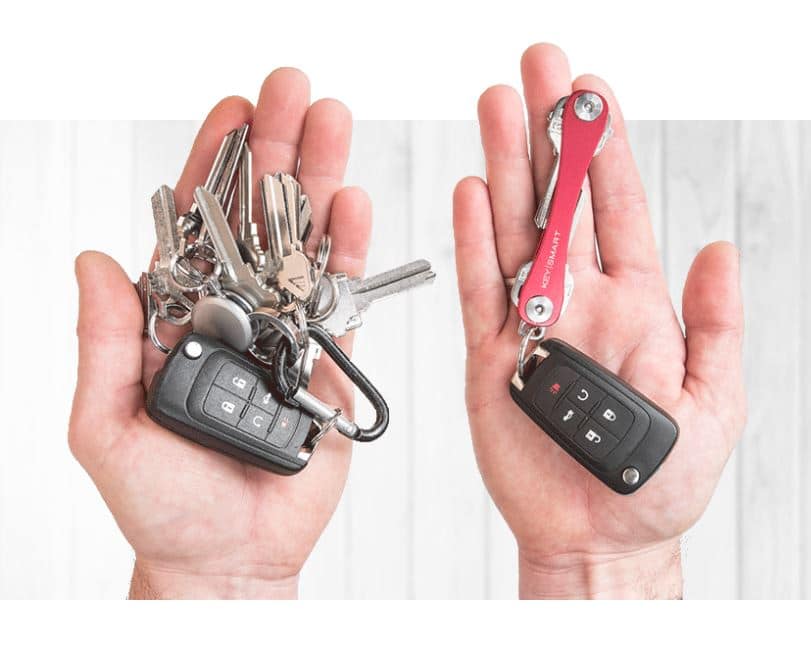 But basically, it’s just a little bit of tool work to get it to function as I wanted.

Now, I have two big FAT keys for my cars. Those factory keys are way to large to fit into the keychain. But Keysmart makes it so it can still hook into the system. It’s just outside the two skinny metal panels where the regular size keys fit. So that works.

Now, it took me about 15 minutes to get all my keys off and put all my new keys into the KeySmart chain system. It also forced me to ditch my old no longer relevant keys that were hanging around due to my lazyiness. So that was good. Thanks Keysmart! You forced me to organize.  And I liked that you sent me the CAMOFLOUGE version; very Veterans!

I like it. Much better than all over the place on big ole cheapo rings.  I hated all those clunky keys on my old key chain. This is way better.  So yeah, I use it daily.

Downside?  Hum?  Not much…um, if you have a million keys then I guess this won’t work.  But if you million keys, you have a different problem to solve.  I’d start with a trip to the crazy doctor!  But yeah, I guess the downside is setting it up… no biggie but that’s all I can say on the downside.

Now, the price is a bit high but if you are serious about organizing then who cares about the pricey cost (about $ 22). You just pay it and deal with it. Then you have a strong way to organize your keys.

So yeah, thanks Keysmart
And I hope this helps others who also have crazy bulky key challenges

Just click here to get one from them direct; KEYSMART SHOP

Oh below here is another review by some other guy on the YouTube. It will give you contrast and a good visual. So check that out too.  It’s always good to hear from several sources before you buy…

Since 2011, VNR, formerly known as VNN, has operated in alternative media and information space for U.S. Military Veterans.