Home Business & Money By 2030, 20 Million Workers Will Lose their Jobs to Robots 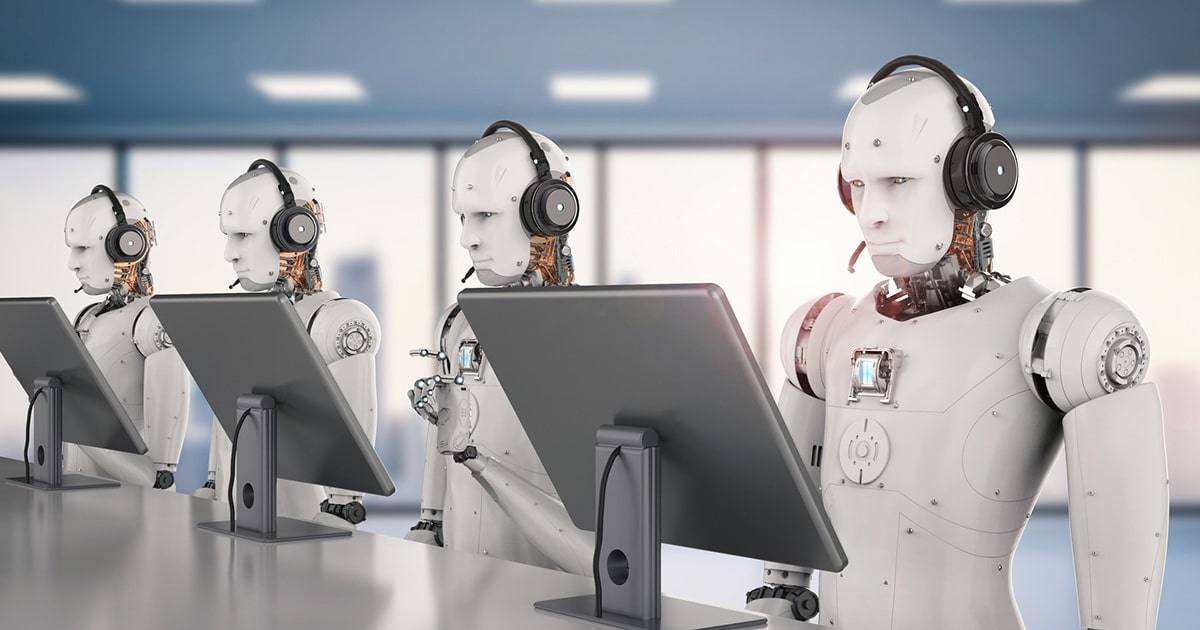 A new study from analysis firm Oxford Economics predicts that by 2030, over 20 million workers in the manufacturing industry will lose their jobs to robots.

At last nights Democratic Debate for the 2020 Nominee for President Andrew Yang presented his key signature plan of $ 1000 a month guaranteed income for every American.  The reason for the automatic income for everyone is the rise of Robots.  He argues that it’s going to happen very soon and we will NOT be able to replace those jobs replaced by robots.  Thus we will need this income to make our economy work.

Now, he was basically ignored by the spin media and dismissed.  So he’s probably done for President this round.   But the reality is he brought this to our attention and tabled a possible solution down the line.

“As machines become cheaper to build and artificial intelligence technology becomes more comprehensive and affordable, many industries are going to become robot-centric,” says Rob Wilson, expert in the field. “Just look at the automotive industry: Starting in the 1980s, companies were spending billions of dollars to create robots to perform basic tasks in their automobile factories. Now, 43 percent of the world’s robots are used by the automotive industry. We should expect to see a similar trend in manufacturing as well, although the good news is that robots create jobs in some fields even as they take them away in others.”

Wilson cautions that battles over minimum wage could increase the application of artificial intelligence in some industries, especially as it relates to entry-level, unskilled work.

“Findings show that fast-food workers could be at serious risk of losing their jobs to robots in the next several years. One study found that each new robot added per 1,000 workers causes wages to drop in the surrounding area by around 0.25 and 0.5 percent,” says Wilson. “We can clearly see that in specific industries, the impact of automation can not only impact job numbers, but also a worker’s wages.”

Wilson says as changes to healthcare, overtime and wages continue to be debated in the presidential race and beyond, employers are becoming more attracted to a non-human workforce.

“Robots don’t need raises,” he says. “They don’t healthcare or sick days. For employers who are looking down the barrel of ever-increasing business costs, robots are a cost-saving option in the long-run.”

The employment trends expert also points research which links higher wages to lower overall income for workers, including a study which highlighted the fact that Seattle workers lost $129 a month on average after the city’s minimum wage was increased to $15.

“Higher wages sound like a boon for employees, until you realize that employers simply cannot keep pace with these increased costs,” says Wilson. “As a result, they cut staff, limit hours…and consider new technology like automation to replace workers. This is just the beginning of a new trend which could lead millions to end up out of work.”

However, Wilson assures Americans that automation is far from a death knell for the economy. “Yes, automation is going to change the economic landscape, but it’s not going to turn the country into a dystopia run by robots.

However, workers do need to make sure that they diversify their skills and become adept in many different functions, as robots (such as the automated burger flippers in fast-food joints) have limited abilities.

It’s no longer enough just to show up and do your daily duties. A worker has to be engaged, present and connected to their fellow workers and their customers, as this human connection is something that a robot can never achieve.”