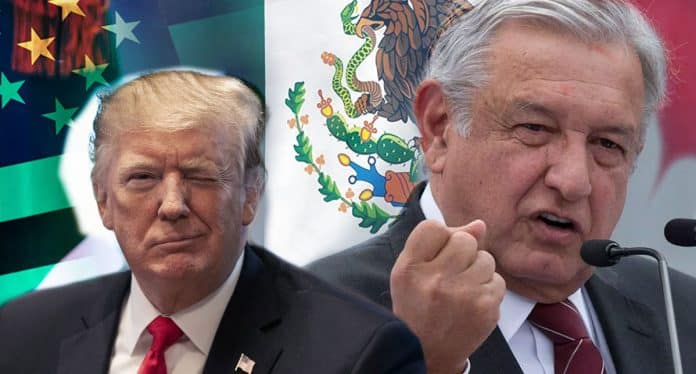 The late Anthony Bourdain once wrote, “Mexico. Our brother from another mother. A country, with whom, like it or not, we are inexorably, deeply involved, in a close but often uncomfortable embrace.”

Whatever Mexico means to most Americans, as a country, it is certainly not an enemy of the United States. According to the Office of United States Trade Representation (USTR), “U.S. goods and services with Mexico totaled an estimated $671.0 billion in 2018. Exports were $299.1 billion; imports were $371.9 billion…” If Mexico stopped doing business with the U.S., the entire American agricultural and textile industries would collapse within weeks.

No less significant, Mexico is the 5th largest Christian nation and one of the epicenters of Catholicism in the world. Morally, religiously and theologically- not to mention politically- the U.S. is more aligned with democratic Mexico than almost every other ally of hers across the globe. To co-opt a crass yet memorable expression from Roger Stone, the separation between the two nations is “thinner than piss on a rock.”

What is more, although many Americans tend to forget this vital fact, since 9/11, Mexico has been a bulwark against international terrorism. In part, because of their continuous and vigorous defense of the immense and hugely complex southern border, there has not been another 9/11 type event in 18 years. If Mexico were an enemy of the United States, the world would be a much, much more dangerous place.

So why is the president of the United States treating an important financial, political and military ally like an enemy? I find it more than a little ironic that while “draft dodging Donald” was overseas commemorating D-Day, in his self-regarding speeches and thoughtless remarks to the press, not once did I hear him acknowledge the contributions of Mexico in WWII. I suppose that would have been fine if he was not simultaneously waging a manufactured crisis through tariffs with a longtime neighbor and partner.

Yet since the president chose hallowed ground to fight an unnecessary battle against Mexico, it would have been enlightening for him to realize that he was disgracing the honorable reputation of a WWII ally. Does Trump know about The Aztec Eagles? They were a group of more than 300 volunteers, who trained in the United States to fight Imperial Japan.

I wonder if the president knows that the only two Latin American countries that actually declared war on the Axis Powers and sent troops to fight were Brazil and Mexico. Has he stopped to consider the economic sacrifices everyday Mexicans made to support the Allies? I highly doubt it.As shameful as his timing was to use the Normandy invasion as an opportunity to score cheap political points with his diminishing base, it became even more apparently shameful when the New York Times reported that Trump had hashed out much of the trade deal with Mexico months ago.


For example, an official told the Times, “The Mexican government had pledged to deploy the National Guard nationwide with a focus on its southern border…during secret meetings in March between former Homeland Security Secretary Kirstjen Nielsen and Mexican interior secretary Olga Sanchez in Miami.”

That story should be shocking. Even after so many shockwaves have benumbed the American people to a point where they can no longer feel indignation, that story should still rattle the consciences of any American who does not want to be played like a fool.

If this reporting is accurate, and it has not been debunked by the White House, I think it pretty much establishes that all Trump cares about is bolstering his self-image as a strongman ruler with Machiavellian instincts. He does not care about the hard-fought partnership between Mexico and the United States; he certainly does not give a damn about their sacrifices.

All Trump wants to do is gain leverage over his foreign rivals, and he is willing to do almost anything to show that he means business (cue, babies separated from their mothers). It sounds base and Freudian, but I can’t see how his tactics make sense on any rational geopolitical level.

In other words, hardly a show of brilliant, hard line deal-making, this foolish and unsavory episode with Mexico was just another ridiculous charade, one that unnecessarily harmed relations with a key financial and military ally and will ultimately make the entire planet less safe. All that results from this botched attempt to coerce and disempower a friend, will be bad memories, lasting resentment, mistrust, and more ingenuity on the part of migrants.

It will not stem the flow of migration. It may result in a few high profile busts of desperate families floating across rivers in Guatemala, but it will ultimately backfire. If there is anything that the 20th century has taught the world, it is that the march for freedom cannot be contained. If there was any lesson that D-Day impregnated into the womb of humankind, it is that liberty and justice for all will never be suppressed.This is serious.

We should not be so politically jaded to the point of moral paralysis. The simple and uncontestable fact remains: this entire charade was orchestrated and enacted to coincide with the 75th commemoration of D-Day.

That collective decision by the Trump administration was beyond un-presidential. It was a complete and total embarrassment to our country. Worse still. It was a slap in the face of every U.S. soldier who fought and died alongside a Mexican soldier during the war. 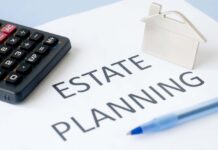