While on duty in Afghanistan, former Marine Corps Sergeant Kirstie Ennis was in a helicopter crash in an active combat zone that resulted in severe injuries including facial trauma, a traumatic brain injury, cervical and lumbar spine trauma, and bilateral shoulder damage. Following more than a dozen surgeries, doctors decided to amputate above the knee on her left leg. Having been an athlete for most of her life, Ennis turned to sports as part of her recovery. 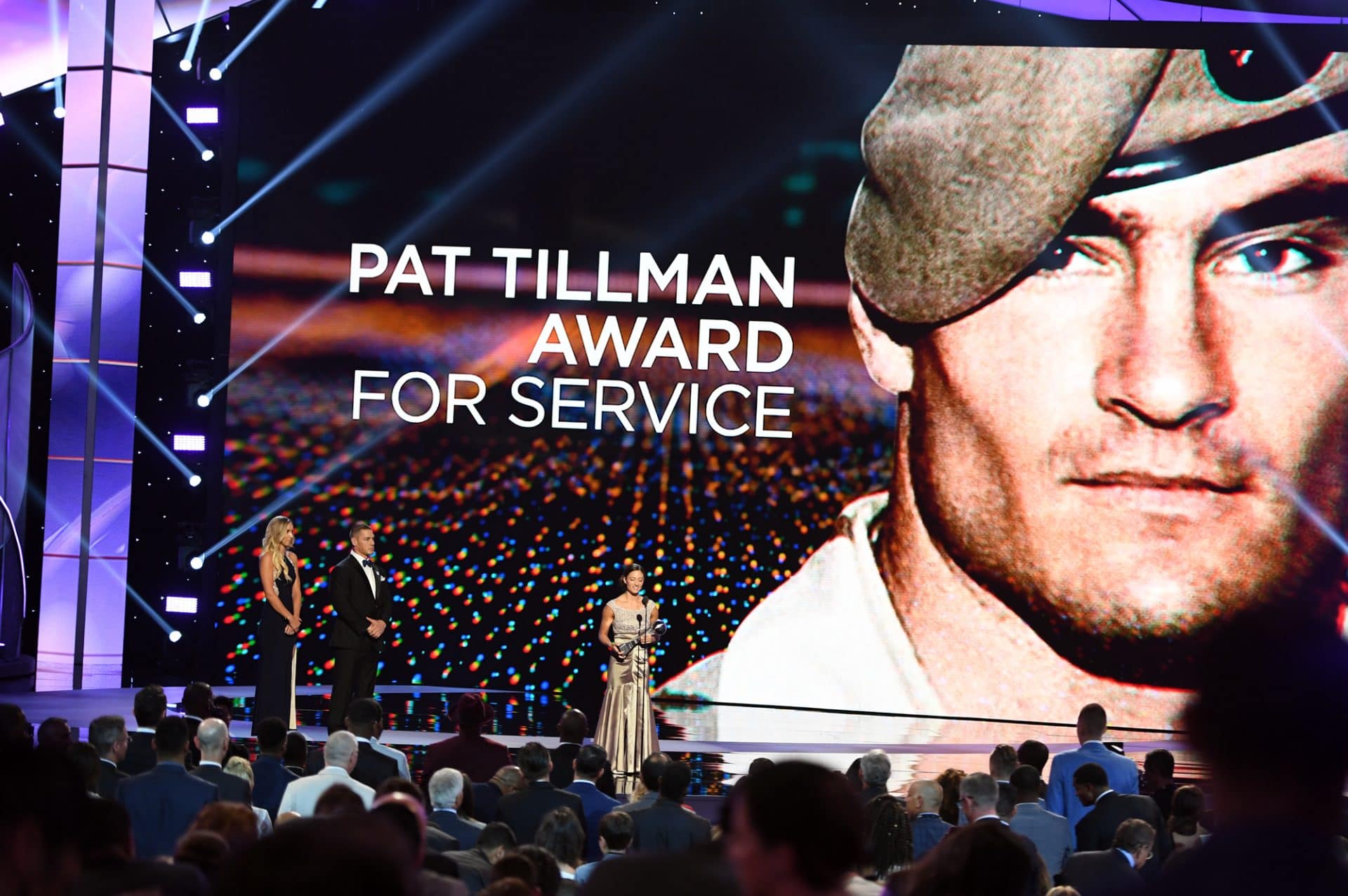 She founded the Kirstie Ennis Foundation to provide education and opportunity in the outdoors and to support other non-profits dedicated to improving the quality of life of individuals and families. For her dedication to serving others, Ennis will receive the Pat Tillman Award for Service sponsored by Mass Mutual at The 2019 ESPYS presented by Capital One live Wednesday, July 10, at 8 p.m. ET on ABC.

“After being medically retired from the Marine Corps due to my injuries sustained overseas, I have dedicated my life to serving others in a different way. To receive the Pat Tillman Award and to be associated with a true American hero is a tremendous honor,” said Ennis. “It has taken a village to get me to this point in my life, and I would not be where I am now without the amazing people surrounding me. To me, this is a symbol of community and what it means to pay it forward.”

As part of her efforts to inspire others, Ennis has walked 1,000 miles across Britain for a Walking With the Wounded charity event and in 2013 she competed in the Warrior Games where she took home three gold medals in swimming. In 2017, she decided she would set out to become the first female above-the-knee amputee to summit all seven of the world’s highest peaks and has since climbed Mount Kilimanjaro in Africa, Carstensz in Indonesia, Mount Elbrus in Russia, and Aconcagua in Argentina.

Her most recent attempt to climb Mount Everest took place in April and May of this year, and brought Ennis and her team within 200 meters of the finish line, before they turned back due to life threatening conditions. Ennis is also a Paralympic hopeful in snowboarding.

“Pat lived his life with passion and conviction, driving forward in the face of any obstacle that crossed his path,” says Marie Tillman, Board Chair and Co-founder of the Pat Tillman Foundation. “I see that same drive and courage in Kirstie as she continues to push the limits and achieve her best. We are proud to present the Tillman Award to Sgt. Kirstie Ennis for her service and leadership.”

The Pat Tillman Award for Service was established in 2014 to commemorate the former NFL player and U.S. Army Ranger’s legacy, and honor an individual with a strong connection to sports who has served others in a way that echoes the legacy of Tillman. Kirstie Ennis will be presented with the award at The 2019 ESPYS in conjunction with the Pat Tillman Foundation, a national leader in providing academic support and scholarships to veterans, active-duty service members and their spouses.

The ESPYS helps to raise awareness and funds for the V Foundation for Cancer Research, the charity founded by ESPN and the late basketball coach Jim Valvano at the first ESPYS back in 1993. ESPN has helped raise close to $97 million for the V Foundation over the past 26 years. Tickets are available for public purchase at AXS.com. The ESPYS are executive produced by Maura Mandt and co-produced by Maggievision Productions.

The ESPYS gather top celebrities from sports and entertainment to commemorate the past year in sports by recognizing major sports achievements, reliving unforgettable moments and saluting the leading performers and performances. The show recognizes achievements in categories such as “Best MLB Player,” “Best Team,” “Best Female Athlete” and “Best Upset” and inspiring human stories are showcased through three pillar awards: the Arthur Ashe Award for Courage, the Jimmy V Award for Perseverance and the Pat Tillman Award for Service. The ESPYS support ESPN’s ongoing commitment to the V Foundation for Cancer Research, launched by ESPN with the late Jim Valvano in 1993.

ABOUT THE PAT TILLMAN FOUNDATION