NEW ORLEANS and NORMANDY – On June 6, 2019, The National WWII Museum brought veterans, historians and cruise passengers to the Normandy American Cemetery Binational Franco-American Ceremony in Normandy, France, to commemorate the 75th D-Day anniversary of D-Day — known as the greatest amphibious landing in history — alongside thousands of people from around the world, including leaders from around the world, including America and France. 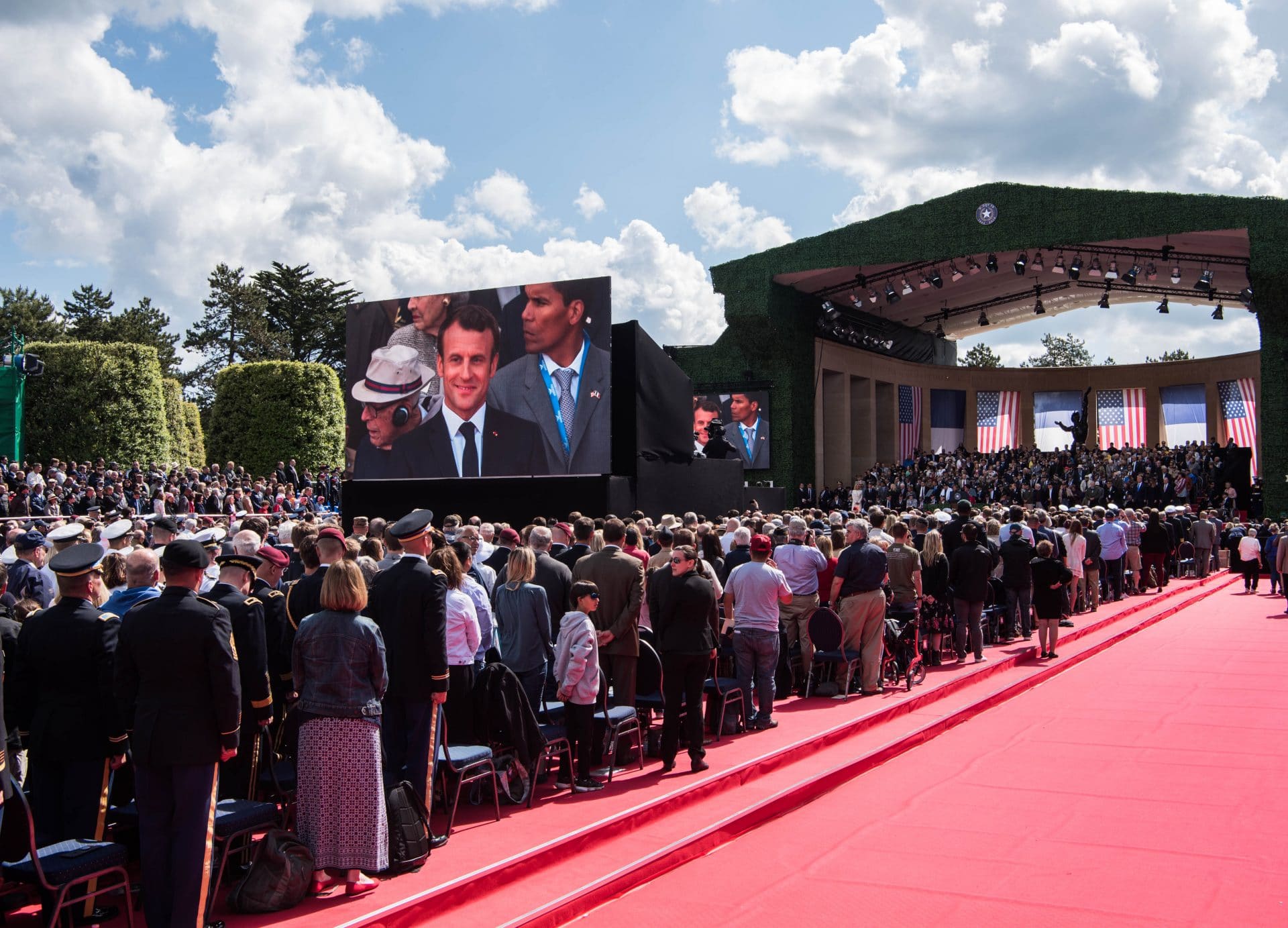 The historic event honored all who served, fought and died to protect our freedom, and was likely the last big commemoration for which the world will have a prominent representation of living D-Day veterans.

The Museum charted two cruise ships from Amsterdam to Normandy with more than 25 WWII veterans, many of whom stormed the beaches of Normandy 75 years ago, as well as more than 10 historians and scholars, and more than 1,000 passengers. The ships sailed along the North Sea and English Channel, following the path of Germany’s conquest of Western Europe and the Allied efforts to liberate northwest Europe 75 years ago. 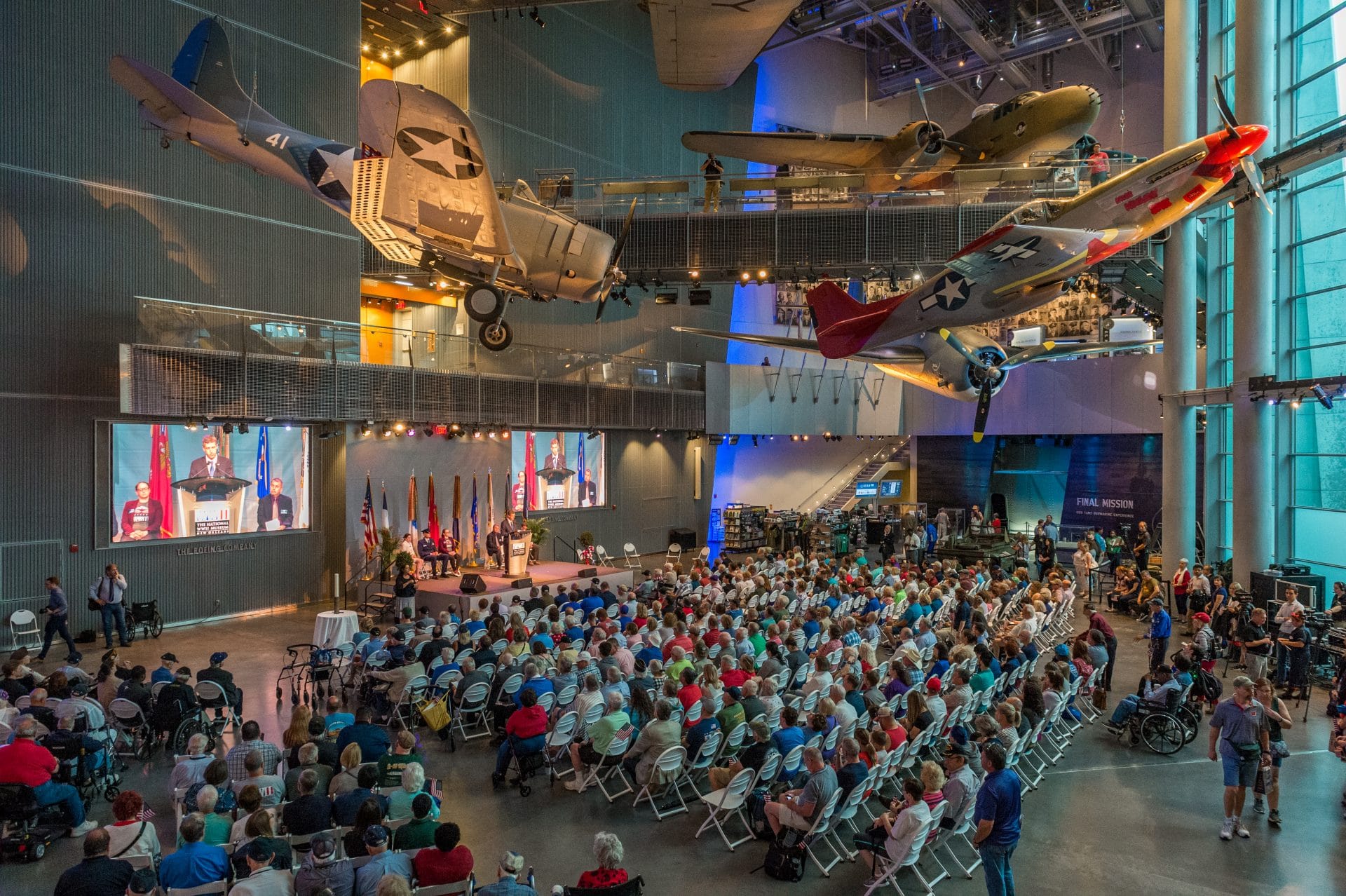 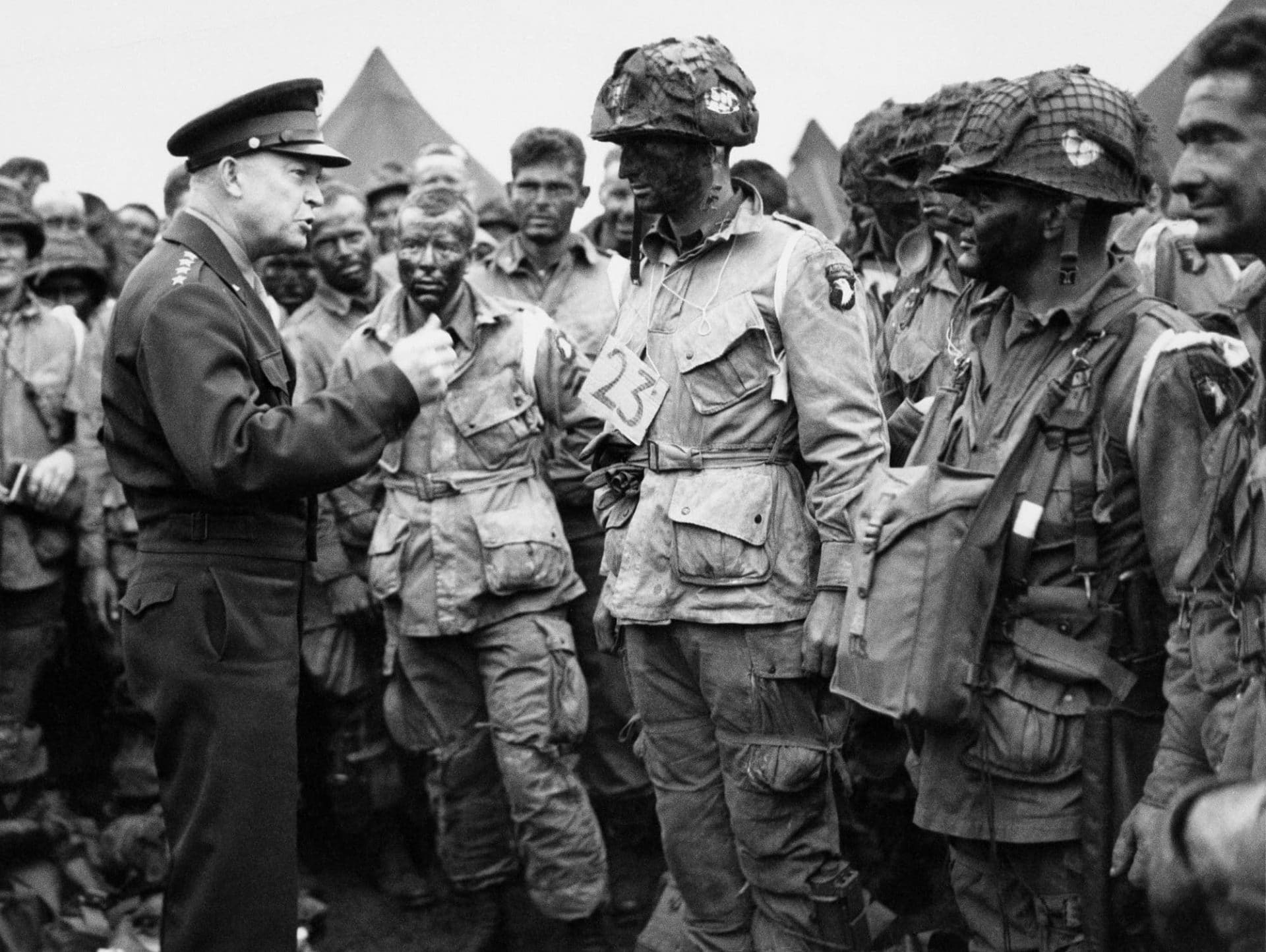 “For 60 years we try and forget, and suddenly everyone wants you to remember,” said Alvan Markle III, member of the 266th Field Artillery Battalion who joined The National WWII Museum’s Iconic Journey of Remembrance Tour for the 75th anniversary of D-Day. WWII Radioman Peter Orlando added, “I never thought I’d be back here 75 years later.”


“D-Day marked the beginning of the end for Hitler’s Germany,” said Robert Citino, PhD, Executive Director of the Institute for the Study of War and Democracy at The National WWII Museum. “It was a powerful international partnership between America and our allies, all dedicated to the same purpose. But the 75th anniversary of D-Day is even more important. 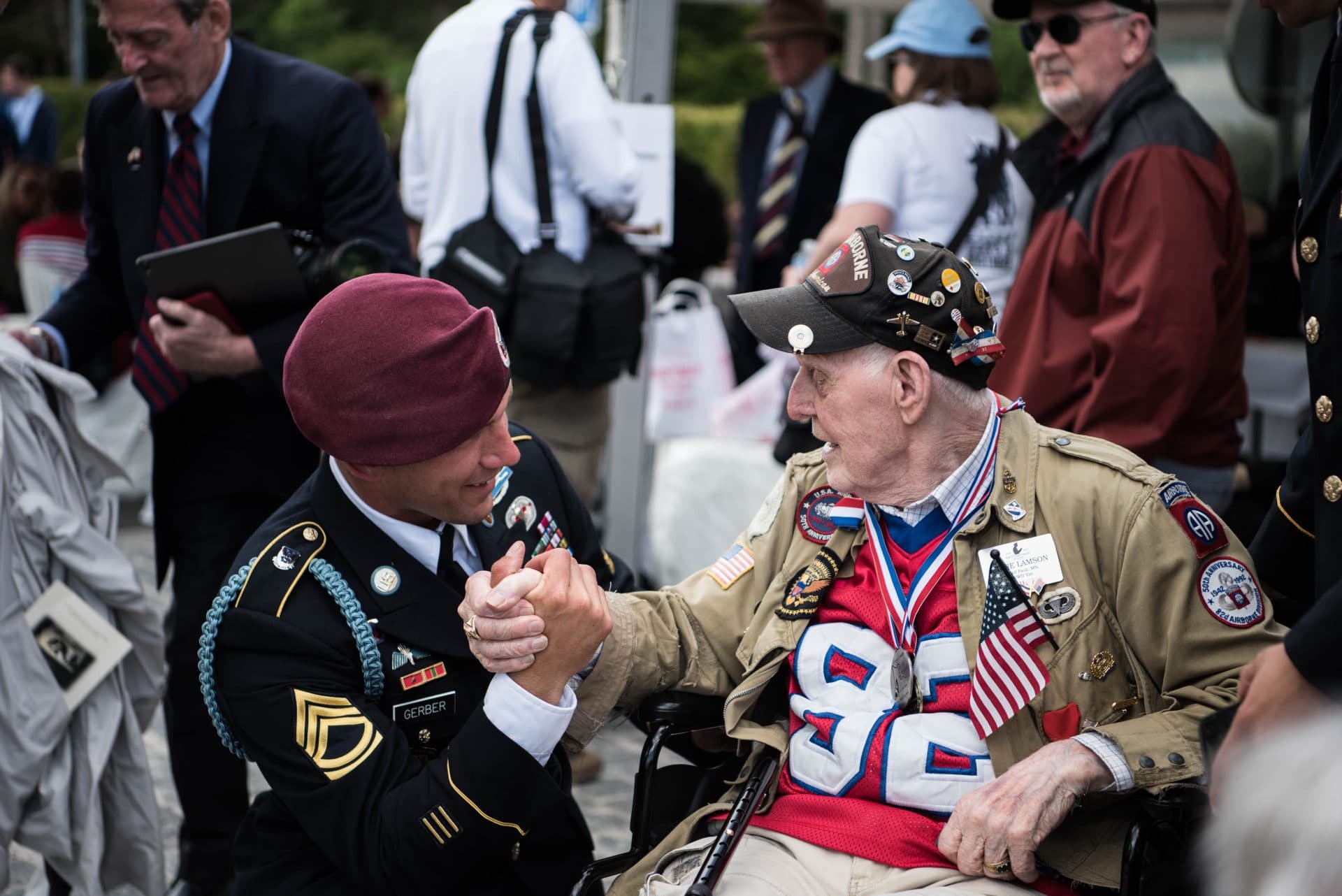 As the generation that fought the war passes away, today may be the last major anniversary of the Normandy Landing in which we can honor surviving D-Day veterans as we pay tribute to all who served, fought and died to protect our freedom.”

On the Home Front in New Orleans, The National WWII Museum commemorated the anniversary with free public events from June 3 through 8, including special lectures, exhibit tours led by the museum’s experts and the world premiere of “Seize & Secure: The Battle for La Fière,” a documentary on one of the most important WWII battles fought by American soldiers. Museum visitors, locals and veterans gathered in the US Freedom Pavilion:

The Boeing Center at 6:30 a.m. CST on June 6 for H-Hour Ceremonies, followed by educational lectures, a veterans parade and a special screening of “The Longest Day.” The excitement and sentiment around the major anniversary could be seen and felt by everyone in attendance.

ABOUT D-DAY: On June 6, 1944 Allied forces launched Operation Overlord—the code name for the massive Allied invasion of Normandy, France—with more than 150,000 troops. Ending with approximately 20,000 casualties on both sides, those who took part witnessed one of the most pivotal battles against Axis forces, and the beginning of a prolonged, costly and ultimately successful campaign to liberate northwest Europe.

ABOUT THE NATIONAL WWII MUSEUM: Originally opened as The National D-Day Museum on June 6, 2000, The National WWII Museum was the vision of the late historian Stephen E. Ambrose, PhD, to create a place to display the WWII oral histories and artifacts he had collected while researching his best-selling books Band of Brothers, D-Day, Citizen Soldiers, and others. Boatbuilder Andrew Higgins had perfected the Higgins Industries landing craft, which made the massive amphibious assault on D-Day possible, in New Orleans. Speaking with Ambrose, Dwight D. Eisenhower, the architect of the D-Day invasion, credited Higgins and his landing craft for playing a decisive role in making Allied victory possible.

The National WWII Museum tells the story of the American experience in the war that changed the world—why it was fought, how it was won, and what it means today—so that future generations will know the price of freedom and be inspired by what they learn. Dedicated in 2000 as The National D-Day Museum and now designated by Congress as America’s National WWII Museum, it celebrates the American spirit, the teamwork, optimism, courage and sacrifices of the men and women who fought on the battlefront and served on the Home Front. The 2018 TripAdvisor Travelers’ Choice Awards ranks the Museum No. 3 in the nation and No. 8 in the world. For more information, call 877-813-3329 or 504-528-1944 or visit nationalww2museum.org