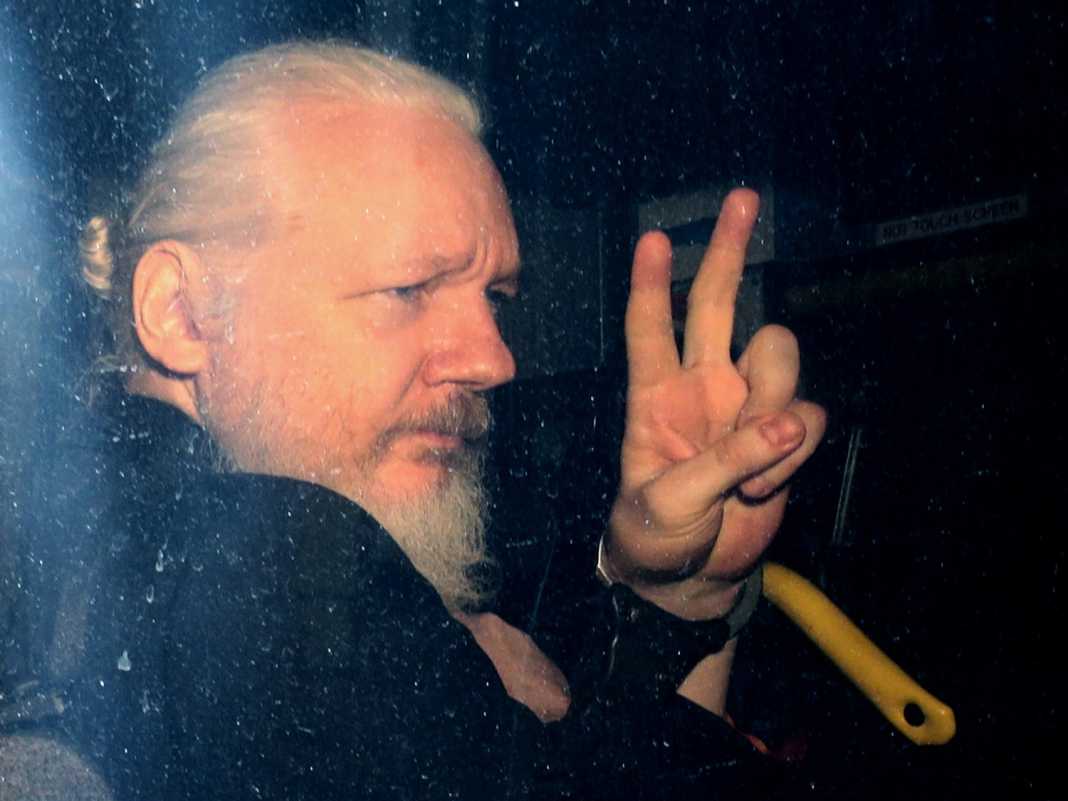 No one should be astonished that Julian Assange was forcibly dragged out of the Ecuadorian embassy by British authorities. Arresting the Wikileaks journalist on charges of failure to appear in a British court has long been used as an excuse to prevent him from escaping their jurisdiction.

The underlying demand from establishment protectors is to extradite Assange to American soil for prosecution on accusations that could incarcerate him for life in some super max top-security prison.

Assessments of this Australian citizen as an enemy of the state (primary America) is now being played out by the intelligence community controlled media, as the public is brainwashed with their false narrative.

How one views Assange is a most adequate test to demonstrate loyalty to the Deep State. Divergence from the official persecution storyline risks being put on the conspiracy list of dangerous government opponents. 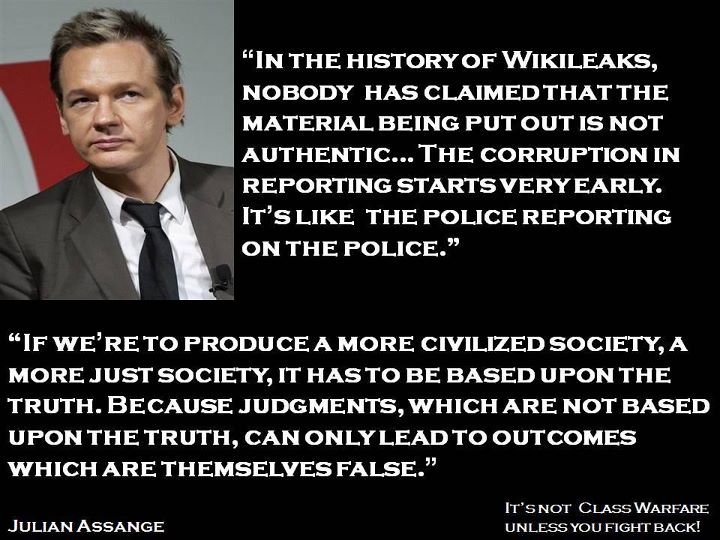 “Soon after Assange’s arrest on Thursday, the Justice Department unsealed court documents of charges related to WikiLeaks’ publication of videos and documents leaked by US Army Pvt. Chelsea Manning starting in 2010. The indictment alleges that Assange engaged in a conspiracy with Manning to crack a password on a Defense Department computer network for classified documents and communications to download classified records and transmit them to WikiLeaks.”

Missing in this bill of indictment are allegations on the leaked Hillary Clinton and John Podesta emails. If this admission of corruption and treason came from a hack, surely they would have been added to the charges. Since the true origins that disclosed the emails needs to be avoided, any claims of seeking the truth have long been abandoned by the elite traitors.

Remember the beginnings of the importance in the legal defense of publishing the truth as a significant right to hold corrupt officials accountable for their crimes. The history goes back to The Trial of John Peter Zenger.

“In 1733, Zenger was accused of LIBEL, a legal term whose meaning is quite different for us today than it was for him. In his day it was libel when you published information that was opposed to the government. Truth or falsity was irrelevant. He never denied printing the pieces.

ANDREW HAMILTON of Philadelphia stepped up to defend Zenger. Hamilton admitted that Zenger printed the charges and demanded the prosecution to prove them false. In a stirring appeal to the jury, Hamilton pleaded for his new client’s release. “It is not the cause of one poor printer,” he claimed, “but the cause of liberty.” The judge ordered the jury to convict Zenger if they believed he printed the stories. But the jury returned in less than ten minutes with a verdict of not guilty.”

Watch the Bill Binney (former NSA) on the Arrest of Julian Assange video for an expert appraisal of the forensic evidence from the damaging exposure of the President Trump coup plot. Serious investigation of the source of these emails points to Seth Rich. His murder was a political assassination. Even the crooked Hillary supporter and former DNC chair, Donna Brazile alludes to a slice of the truth. Julian Assange knows who leaked this treasure chest proof to Wikileaks. Ensuring his silence is behind his implicit imposed house arrest in the Ecuadorian embassy. 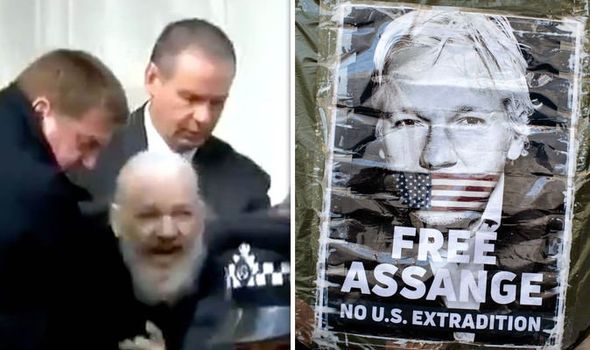 By putting Assange in a modern rendering of the Tower of London, there are no guarantees that he will be safe while awaiting an Old Bailey venue legal resolution. Will he have a day in open court in his fight against extradition to an American gulag cell, or will he even survive his time behind his Brit bars?

Anyone who lived through the Viet Nam war recollects the publication of the Pentagon Papers by the New York Times June 13, 1971. Daniel Ellsberg released this Pentagon study and was charged under the Espionage Act of 1917. The NYT printed the report and the Supreme Court ruled that it has a First Amendment right and freedom of the press to publish. Wikileaks acted as part of the Fourth Estate, in the same tradition as did the NYT.

The fact that Julian Assange is not a U.S. citizen or that “Wikileaks is an international non-profit organization that publishes secret information, news leaks, and classified media provided by anonymous sources; does not matter to the establishment. Its website, initiated in 2006 in Iceland by the organization Sunshine Press, claims a database of 10 million documents in 10 years since its launch”, poses a serious problem of jurisdiction.

Recall that Bradley Manning (before becoming Chelsea Manning while in jail) accessed the military records and released them to Wikileaks. It is obvious Manning did not need Assange’s skills to login into the data on the military network, which was part of his job tasks and later sent for internet publication exposure.
View the video on CrossTalk: Assange in Custody for an informative discussion about the peril that Assange faces under British and eventual American custody.
Edward Snowden is succinct and to the point.
“Snowden tweeted that the dramatic images of UK authorities dragging Assange out of the embasy were a “dark moment for press freedom.”

He further commented that a publisher of “award-winning journalism” being arrested and thrown into a security van would “end up in the history books.”

Forgetting that Lyndon Johnson used the Gulf of Tonkin Resolution for justification of atrocities in the Viet Nam war and Richard Nixon conducted an imperial presidency, while ignoring the War Powers Resolution, launched the current round of governmental interventionism. Paramount to preserve this culture of despotism is the destruction of the truth.

Just look to the systematic obsession to deny, discredit and destroy any publication that challenges the official 911 version cover-ups. There is no space in the corporatist newspeak publications and especially the intelligence community controlled media for a John Peter Zenger who is committed to tell the truth.

Julian Assange cannot place his fate into the hands of a legal system that is designed to protect the New World Order. What Happened to Julian Assange’s Dead Man’s Switch for the WikiLeaks Insurance Files? “The file had been sent to politicians, journalists, and others. According to Wired, WikiLeaks planned to distribute a password for that file if anything “grave” happened to WikiLeaks staff or if anyone tried to take down WikiLeaks”.